“We’ve always approached our mission as a team sport,” John Krafcik, Waymo’s chief executive officer, wrote in a blog post Monday. The $2.25 billion number is an “initial” close, he also noted, suggesting the deal may grow.

Financing rounds from Alphabet and outsiders will be a “pattern” going forward, Krafcik, a former Detroit executive who joined Waymo in 2015, said during a call with reporters.

The deal helps Google parent Alphabet spread the cost of funding Waymo as the unit pushes ahead to commercialize its autonomous driving technology. Krafcik also suggested the parent company could eventually spin Waymo off into an independent business.

“It’s always been on the road map for Alphabet as a possibility for some of these ‘Other Bets’ like Waymo to become completely independent, spun-out entities, so it’s certainly a possibility in the future for us,” the CEO said.

Alphabet’s “Other Bets” division, which includes Waymo, has absorbed billions of dollars in losses in recent years. Other businesses that are part of this division have taken outside funding, too. Early last year, Verily, the company’s biotech arm, raised money from Silver Lake and other backers.

Waymo is also setting up an operating board, its first outside oversight to date. Silver Lake co-CEO Egon Durban and Ryan Selwood from the Canada Pension plan will join the board.

Krafcik said Waymo wants to expand its driverless fleet to new locations, mentioning the Middle East as one possibility, but he declined to share details. He also didn’t disclose Waymo’s new valuation from Monday’s deal.

“We certainly do see this as validation of the work we’ve been doing at Waymo and the potential before us,” Krafcik added.

The company is also merging its local delivery and long-haul trucking operations into a single business line called Waymo Via. Waymo One is the ride-hailing service that the company operates in suburban Phoenix and plans to expand to other cities.

With both divisions, said Krafcik, Waymo would follow parallel paths of building owned-and-operated services and partnering with other providers. 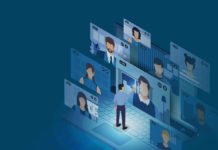