The East Sitra City is touted to be one of the key projects of the Kingdom which aims to provide 40,000 housing units. It is also in line with efforts to hit the 25,000-housing unit target that the government is currently working towards.

The construction will begin in five cities in Bahrain. However, the statement did not specify which cities.

Al Hamar expressed delight in the collaboration with the Chinese company in executing the East Sitra City housing project because of its extensive experience in constructing mega projects. He added that the ministry will facilitate the construction work while guaranteeing the highest level of collaboration between both sides.

“We are thrilled to collaborate with Bahrain to execute this key strategic project … Meanwhile, we are committed to delivering this project according to the plan and technical specifications agreed upon with the Ministry of Housing,” Fang said.

Anwar Habibullah, Chinese ambassador to Bahrain, congratulated the kingdom and the CMEC for signing the contracts, commending the economic and social development in Bahrain. 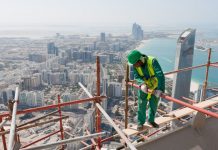 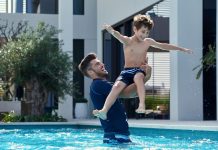