(Bloomberg) — Brazil reported another daily record for Covid-19 cases and deaths, making it the world’s fastest-growing virus hot spot, accounting for 13% of new cases globally in the past week. Infections in India rose at the fastest pace in Asia to top 100,000. South Korea is reopening schools amid reporting the most new cases in nine days.

Singapore will allow more businesses to reopen on June 2 — with restrictions eased in three phases — after a nationwide lockdown cut transmission of cases. President Donald Trump called the 1.5 million cases in the U.S. a “badge of honor” for the country’s testing efforts.

Republicans are pushing for WHO Director-General Tedros Adhanom Ghebreyesus and Cui Tiankai, China’s ambassador to the U.S., to testify before the House virus oversight subcommittee. China may look to target exports from Australia over its calls for a probe into the origin of Covid-19.

The Philippines is considering downsizing lockdowns to villages from regions, as it balances further reopening its economy with stemming the virus outbreak. “We will lock down villages with coronavirus cases so that we can preserve economic activity,” Carlito Galvez, who is implementing policies to stem the outbreak, said in a televised briefing.

Stricter curbs may be brought back should a second wave of infections occur President Rodrigo Duterte said at the same briefing, as the government prepares for the arrival of more returning overseas workers. Malls and some businesses have been allowed to open in the capital since May 16.

Vietnam Prime Minister Nguyen Xuan Phuc is seeking approval from the politburo and National Assembly to revise down this year’s economic targets as the coronavirus pandemic cripples shipments from the export-dependent nation.

Phuc, speaking to the legislature in a live television broadcast from Hanoi, did not provide specific new targets. The planning and investment ministry said last week Vietnam may revise down its 2020 economic growth target to about 4.5% from its initial target of 6.8%.

South Korea reported that nightclub-related cases rose to 193 as of midnight, according to a government briefing.

South Korea officials said they had worried that the cluster of infections linked to nightclubs in Seoul could jeopardize plans to reopen schools, yet have concluded that the latest outbreak appears under control.

South Korea reported 32 new cases in 24 hours, the most since May 11, according to data from the Korea Centers for Disease Control & Prevention website. The total number of infected rises to 11,110.

Among the new infections, 10 are from Seoul, 10 from Gyeonggi province and eight from Incheon. No new deaths were reported, it says the total death toll stands at 263.

Venezuela Information Minister Jorge Rodriguez, speaking on state television, confirmed 131 new coronavirus cases, a new daily high, for a total of 749 in the country. He said that 110 of the new cases came from Ecuador, Peru, Colombia and Brazil.

Four local infections were reported in China’s northeastern province of Jilin and one imported case in Inner Mongolia, the National Health Commission said in a statement. Sixteen asymptomatic cases were reported; one from overseas.

The country has 82,965 total confirmed coronavirus cases and says its death toll remains at 4,634.

Facebook Inc. will limit offices to 25% occupancy, require masks at work, put people on multiple shifts and require temperature checks when it lets employees back into workplaces starting in July, according to people familiar with the matter.

The social media company outlined to staff globally how it plans to handle a return to major job sites starting July 6, providing a glimpse at what offices may look like more broadly as businesses reopen their doors in the face of the pandemic. Facebook will also limit how many employees can gather in meeting rooms and create 6-foot spaces between work stations. Staff must wear masks in the office when not social distancing.

Texas must give any voter afraid of catching Covid-19 at the polls a mail-in ballot for as long as the pandemic threat continues, a federal judge ruled.

The U.S. judge’s ruling conflicts with the Texas Supreme Court’s temporary suspension of a state judge’s order to do the same thing, while the Texas high court examines the issue further. Texas’s top officials, all Republicans, are fighting expansion of mail-in ballots to voters younger than 65 who don’t qualify as “disabled” under the state’s definition.

President Donald Trump said he’s considering a ban on Brazilians traveling to the U.S. as the Latin American nation takes over third place globally in the number of Covid-19 cases.

“Brazil is having some trouble, no question about it,” Trump said in response
to a question from a reporter at the start of a cabinet meeting. “I don’t want
people coming in here and infecting our people.”

Farmers who suffered a 5% or greater price loss will be eligible for direct payments of as much as $250,000 per person, the U.S. Department of Agriculture said in a statement.

After an unprecedented five-month break, South Korean students are returning to their classrooms as government health officials declared that the country may have avoided a “second wave” of infections.

The schools are reopening in stages, with high school seniors returning first on Wednesday and middle and elementary students slated to go back to school in the following weeks. The third-year high school students are leading the return as they now only have half a year before their annual university entrance exams in early December, education officials said.

New York’s Metropolitan Transportation Authority will use ultraviolet light to help remove Covid-19 from its subways, buses and commuter trains as the technology has shown to eradicate the virus from surfaces. Ridership has fallen dramatically as people work from home and avoid using public transportation. To bring riders back, the agency plans to use innovative disinfecting regimes to help sanitize its fleets and restore ridership confidence.

The MTA will spend about $1 million for 150 double-headed lamps and begin next week zapping the interior of subway cars in the yard. While such technology has been used to clean hospitals and urgent-care facilities, agency officials say it’s the first time ultra-violet light is being used to kill the coronavirus on public transit infrastructure.

U.S. cases rose 1.6% from the day before to 1.52 million, according to data compiled by Johns Hopkins University and Bloomberg News. That was higher than Monday’s growth rate of 1.2%, but in line with the average daily increase of 1.6% over the past week. Deaths rose 1.5% to 91,179.

Singapore will allow more businesses to reopen on June 2 — increasing the active proportion of the economy to three-quarters. Restrictions will be introduced in three phases provided “community” infection rates remain low during the current lockdown ending June 1 and health workers are protected, officials said at a press briefing.

The government will extend more support to businesses and their workers, with a priority on companies that remain closed on June 1, National Development Minister Lawrence Wong said.

Guo Guangchang, the billionaire founder of Fosun Group, expects to soon win approvals for testing a vaccine against the new coronavirus in his home country China. In March, Guo’s Shanghai Fosun Pharmaceutical Group Co. teamed up with German partner BioNTech SE, which has already been conducting human clinical trials of the vaccine in Germany. Early-stage results should be available soon, the tycoon said.

Guo declined to elaborate on when Fosun Pharmaceutical will obtain all the required approvals. The group has also been working with overseas partners in trying to find an effective medicine against the virus, but so far it hasn’t found any, he said. 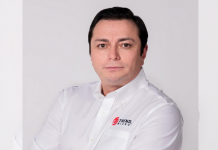