(Bloomberg) — China reported six new coronavirus cases on June 6, five of which it said were imported. South Korea reported 57 news cases over a timespan of 24 hours.

The Philippines, fearing a pandemic baby boom, intensified family-planning programs. India surged past Spain and Italy to rank fifth in the number of infections.

The Metropolitan Transportation Authority is getting masks and hand sanitizer as New York City prepares for Monday’s reopening. The U.K. might speed up plans to lift part of its coronavirus lockdown.

The U.S. is taking part in discussions at the International Civil Aviation Organization, an agency of the UN, about the effects of the coronavirus on the CORSIA pact, which controls aviation greenhouse gas emissions, according to a statement from the FAA.

India should prepare to inject capital into state banks and private-sector lenders must strengthen their balance sheets to help bolster the economy against the virus pandemic, said Uday Kotak, the billionaire founder of Kotak Mahindra Bank Ltd.

Kotak, 61, appointed last week as the president of the Confederation of Indian Industry, had his bank raise almost $1 billion by selling shares to bolster capital buffers. The founder himself raised a similar amount by selling shares in the bank.

Now is the time for Indian firms to tap financial markets, as a backup to seeking loans from banks, he said. “There is a bank-led model and there is a market-led model. I am glad the market model is performing significantly better during the Covid crisis,” Kotak said.

The U.K. government is considering easing lockdown measures for pubs, restaurants and weddings — earlier than originally envisaged — in an attempt to avert a potential summer jobs crisis in the hospitality industry, The Sunday Times reported.

The measures, to be unveiled next week, would let pubs, cafes and restaurants use outside areas and permit indoor weddings and funerals of up to 10 people from early July. Hairdressers could reopen before July 4, the Times said.

Prime Minister Boris Johnson signed off on the new measures Friday night, the newspaper said. The U.K. economy is reeling from lockdown’s impact during the pandemic, which has killed more than 40,000, the highest toll in Europe and the second globally. In recent weeks, the U.K. has begun cautiously to relax the restrictions. Yet, health authorities warned transmission rates remain high in some areas, raising concerns over the easing.

Tom Frieden, former head of the U.S. Centers for Disease Control and Prevention, said big protest rallies may cause additional coronavirus cases, but he offered some strong offsetting factors. Chiefly, the spread of Covid-19 outdoors is far less than indoors, Frieden said in a “Fox News” interview, with a person 19 times less likely to catch the infection in the open air.

“That doesn’t mean the risk is zero,” said Frieden, chief executive of Resolve to Save Lives, funded by Bloomberg Philanthropies, whose founder, Michael Bloomberg, is majority owner of Bloomberg LP. “Only time will tell.” Wearing masks, frequent hand-washing and attempting to maintain social distancing are key, he said.

Food and Drug Administration Commissioner Stephen Hahn said earlier he did “worry about the protests and the lack of masks.” He also said that so far, the White House Coronavirus Task Force has yet to see a relationship between states reopening and increased cases. Hahn spoke in a podcast.

The U.S. Census Bureau will reopen all but one of 248 field offices next week after the pandemic forced a shutdown in March, pushing back its metable for the decennial count by several months. Sites in California, New Jersey, New York City, Virginia and Maryland will resume work Monday, ending a five-week phased process that began with two dozens offices.

The office for the Navajo Nation in Window Rock, Arizona, remains closed.

The Art Basel show, slated for September, has been called off after talks with galleries, collectors, partners and experts amid worries about health risks and global travel restrictions.

Art Basel joins dozens of other fairs and auctions delayed or canceled due to the coronavirus, including the Venice Biennale. The show in Basel, Switzerland, drew 93,000 people last year.

The Metropolitan Transportation Authority, which runs subways, buses, commuter rail, bridges and tunnels in the New York City area, is getting masks and other supplies ahead of reopening on Monday.

Governor Andrew Cuomo said 1 million masks and 25,000 gallons of hand sanitizer in two-ounce bottle are en route to the agency.

As the city prepared to start opening, Cuomo said the positive test rate is 2%, down from a high of 57%, and hospitalizations for Covid-19 fell to 1,500 from 12,000. “No state in the United States has gone from where we were to where we are,” he said.

Brazil meat processor JBS SA was ordered by a labor court to halt operations for two weeks at its Ana Reich pork plant in Rio Grande do Sul state because of coronavirus, according to a Friday filing. The judge also ordered JBS to remove workers at high-risk for Covid-19.

JBS declined to comment in an email, citing the legal dispute.

U.S. coronavirus cases increased 1.3% from the same time Friday to 1.91 million, according to data collected by Johns Hopkins University and Bloomberg News. The national increase was higher than the average daily increase of 1.2% over the past week. Deaths rose 0.7% to 109,497.

British Airways is battling its pilot union that’s pushing back on further job cuts as the carrier initiates the legal process to block the U.K.’s 14-day self-isolation plan for arrivals starting Monday.

The airline warned its pilots union that it would dismiss all of the company’s 4,300 pilots and rehire them on individual contracts unless the union reached an agreement with the carrier.

Concerned the self-isolation requirement would block its plans to restart services in July, British Airways’ parent IAG SA sent a letter to the Home Office to start the process to block the quarantine, which could lead to a lawsuit, according to a copy of the letter seen by Bloomberg News.

Massachusetts Governor Charlie Baker said businesses can reopen with some restrictions on Monday, following a steady drop in cases and hospitalizations. Since mid-April, the seven-day average for positive tests is down 82% and the three-day average of hospitalized patients is down 55%.

Retail stores and restaurants with outdoor tables can reopen, as can hotels, but without hosting conferences or meetings, Baker said. Outdoor recreational facilities can open, and professional sports teams can practice but not play games or invite spectators.

Personal services such has hair salons and personal training are excluded from the first phase, Baker said.

Liberia will open its borders in two weeks as the West African country eases lockdown measures. Commercial flights can resume and hotels can reopen from June 21, President George Weah said in a Friday statement on his website.

The goverment is also working out guidelines to allow final-year secondary school students to return to class sometime in June, so they can sit for exams in August, he said.

Liberia has recorded 334 confirmed cases and 30 deaths, according to the National Public Health Institute of Liberia.

Portugal reported 382 new cases on Saturday, above 300 for a fourth day and taking the total to 34,351, the government said. There are 12,070 active cases, Health Minister Marta Temido said at a press conference. The total number of hospitalized patients and of cases in intensive care units both fell from Friday.

The additional cases are mostly in the greater Lisbon region, where authorities have increased testing after new clusters were identified. 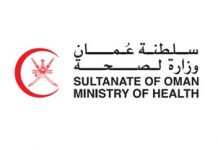 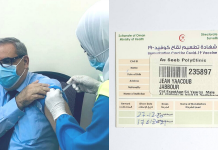 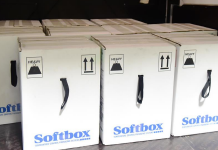 How Is Oman Safely Bringing COVID-19 Vaccines From Abroad?