South Korea reported the biggest increase in cases since early April, with most of them linked to a distribution center. Brazil infections continue to soar as police opened an investigation into Rio de Janeiro’s handling of the crisis, while Mexico saw a record jump in cases and fatalities.

The coronavirus has had a “profound impact” on China’s national security and development, President Xi Jinping said in an address. A U.K. government minister resigned in protest after Boris Johnson’s most senior aide refused to apologize for allegedly breaching lockdown rules.

Thirty-six of the cases were linked to a distribution center for online retailer Coupang, and the government expects more cases to emerge from the outbreak. South Korea has also been monitoring the spread of infections linked to nightclubs in Itaewon, Seoul. Cases tied to that outbreak grew to 257 as of midnight.

The country has been reopening schools in stages, as new cases have hovered between 12 and 35 for the last three weeks.

Los Angeles Mayor Eric Garcetti said all retailers in the second-largest U.S. city may open for in-store shopping as of Wednesday, with 50% capacity. Places of worship can resume services at 25% capacity or a maximum of 100 people, whichever is lower.

While the moves are in line with guidelines outlined by California Governor Gavin Newsom, Los Angeles County has generally had stricter measures than the rest of the state. The county has almost 46,000 confirmed cases of the coronavirus, nearly half of California’s total.

Amtrak is preparing to slash its workforce by as much as 20% in its upcoming fiscal year as the U.S.’s lone nationwide passenger railroad braces for a slow recovery to ridership that’s been gutted by the coronavirus pandemic.

Amtrak projects ridership will return to just half of 2019 levels in its upcoming fiscal year beginning in October, Amtrak Chief Executive Officer William Flynnsaid in a memo to employees.

One new imported coronavirus case was reported in Shanghai on May 26, according to a statement from China’s National Health Commission. China has 82,993 confirmed cases, while the death toll stands at 4,634.

Mexico reported a record increase of 501 deaths, bringing the total to 8,134, according to data presented by the Health Ministry. Total cases climbed by a daily record 3,455 to 74,560.

The rising toll comes after Deputy Health Minister Hugo Lopez-Gatell said earlier in the day that the death rate is stabilizing, while President Andres Manuel Lopez Obrador said last week that Mexico is close to overcoming the crisis.

Republicans in the House are planning to challenge in court a proxy voting procedure Democrats pushed through earlier this month for colleagues who are in quarantine or otherwise housebound during the coronavirus pandemic, according to three Republican officials.

Hopes to quickly launch a safe and effective vaccine may be unrealistic, Julie Gerberding, chief patient officer at Merck & Co., said the day Merck announced it’s working on two vaccines and an anti-viral medication in pill form. Her caution stems from the company’s experience fighting Ebola as it took until last year for that vaccine to win regulatory approval in the U.S.

“I hope the people who are predicting a faster timeline than we have ever imagined are right, but we are talking about vaccinating the world,” she said during an online discussion hosted by the Federal Reserve Bank of Minneapolis. “Many of the lessons learned are partly why we are not over-promising on delivery times, because we have a basis in reality for understanding the complexities of trying to do this in an international manner.”

It’s impossible to say how quickly a vaccine may be available, even taking into account the vast financial resources and scientific power that governments and industry are putting toward the effort, she said. While a vaccine can be crafted faster than one ever has been previously, extra effort needs to be made to ensure they are safe. “We have to be absolutely sure before we vaccinate the population that we are protecting people from the virus and more importantly not harming them through an unproven vaccine,” she said.

Coronavirus cases in the U.S. increased 1.1% as compared to the same time yesterday, to 1.67 million, the slowest daily increase since March, according to data collected by Johns Hopkins University and Bloomberg News. That’s lower than Monday’s 1.3% rate and below the average of 1.4% in the past seven days. Deaths rose 0.7% to 98,584.

New York saw its fewest new hospitalizations and fatalities since the outbreak began, according to Governor Andrew Cuomo. About 200 people were admitted to hospitals, down from a peak of more than 3,400. There were 73 deaths, down from a high last month of nearly 800.

The Trump administration has released coronavirus testing targets for May, an aggressive expansion that would have some states doubling, quadrupling and even, in the case of Puerto Rico, completing 5.6 times the number they had done through late April.

The White House announced on May 11 that states had set the goals in partnership with the Trump administration, but didn’t release specifics. The breakdown of targets by state was released Sunday as part of a testing plan outlined by the U.S. Department of Health and Human Services in a report to Congress.

The HHS plan calls for about 12.9 million tests this month. States are nearly two-thirds of the way to meeting that goal, with roughly 8.3 million administered as of Monday, according to the Covid Tracking Project, a volunteer initiative to track virus data.

New York state will now focus on reopening its economic engine, New York City, the only region still on lockdown. New York City was hardest hit by the novel coronavirus, and its recovery has been the toughest, Governor Andrew Cuomo said Tuesday at a press briefing. Earlier, Mayor Bill de Blasio said the city has hired 1,700 contact tracers.

The economy will need government help to bounce back, Cuomo said, so the state plans to fast-track its plan to rebuild Penn Station. It will also accelerate LaGuardia Airport renovations. The state will need federal approval for some projects, and Cuomo said that is one of the issues he will discuss when he meets Wednesday with President Donald Trump in Washington.

Italy reported 397 new coronavirus cases on Tuesday as daily fatalities stayed below 100 for a third consecutive day. Civil protection authorities had reported 300 cases a day earlier, the fewest since late February. Daily deaths fell to 78 from 92 on Monday; a total of 32,955 fatalities have been reported since the start of the pandemic.

The coronavirus has had a “profound impact” on China’s national security and development, President Xi Jinping said in an address to military delegates during the National People’s Congress in Beijing, state-run China Central Television reported. Xi reiterated that the military needs to strengthen training of troops and war preparations. The military and armed police must achieve targets in improving national defense, he said.

Almost all doctors and nurses who got mild forms of Covid-19 produced antibodies that could prevent reinfection, according to a study in northeastern France. The study of 160 volunteers shows all but one developed antibodies within 15 days after the start of infection, Institut Pasteur and university hospitals in Strasbourg said in an early version of their findings released before peer review. Almost all staff tested had antibodies capable of neutralizing the virus within 41 days of developing symptoms.

The research addresses a crucial question regarding the new coronavirus: whether people who had Covid-19, and especially those who didn’t get severely ill, develop antibodies capable of protecting them against reinfection. The World Health Organization said on April 24 that there’s no evidence yet that people who have recovered and have antibodies are protected from a second infection.

“This finding supports the use of serologic testing for the diagnosis of individuals who have recovered from SARS-CoV-2 infection,” Institut Pasteur’s Arnaud Fontanet and colleagues wrote in the paper. 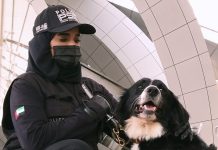 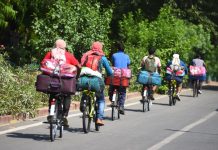 The Impact of Coronavirus on Foreign Workers: Bobby Ghosh