(Bloomberg Opinion) — As the coronavirus pandemic continues, Bloomberg Opinion will be running a series of features by our columnists that considers the long-term consequences of the crisis. This column is part of a package on immigration. For more, see Bobby Ghosh on the plight of Kerala, Tracy Walsh on preventing coronavirus from decimating refugee camps, Pankaj Mishra on changing global attitudes toward immigration, and the Bloomberg Editorial Board on fixing U.S. immigration policy.

The coronavirus pandemic has been devastating for foreign workers. In many countries, the living conditions of migrant labor have made this cohort especially vulnerable to the pathogen: Even in famously fastidious Singapore, where authorities acted aggressively to contain the outbreak, new cases were emerging from dormitories for migrant workers long after the city-state had eased lockdown restrictions.

To deepen the plight of foreign workers, the economic impact of the pandemic has cost many their jobs, just as travel restrictions have made it hard to go back home. Since lockdowns have closed banks and money-transfer offices, marooned migrants have not been able to send money — remittances — overseas to their families, many of whom are reeling from greater economic hardship and need the money more than ever. Few foreign workers use online banking to remit money. As if that wasn’t bad enough, the prospect of a long global economic slowdown means it may be years before migrants who lost their jobs can find employment again, at home or abroad.

These developments will have enormous repercussions. International remittances are an underappreciated driver of the world economy. They are the main source of income for tens of millions of households; in scores of countries, they make up a large proportion of the national income.

Because of the pandemic, many of those families and countries must now cope with a reduced flow of money from abroad. For those dependent on remittances from the Arabian Gulf, the difficulty is compounded by a global slump in oil and gas prices that is depressing its hydrocarbons-dependent economies.

To gauge the scale of the damage, I spoke with Dilip Ratha, the World Bank’s lead economist for migration and remittances. This is an edited transcript of our conversation:

Bobby Ghosh: What effect is the coronavirus pandemic having on remittance flows around the world?

Dilip Ratha: First, a couple of points to put things in perspective. About a billion people are migrants; 272 million are international migrants, and around 760 million are people who have migrated within their country. South-South migration is larger than South-North migration: Contrary to popular perception, not everybody is going to North America or Europe. In fact, there’s a lot more migration within Africa: 70% of international migration is within Africa.

Remittance flows attained a milestone last year, overtaking the flow of foreign direct investment to developing countries for the first time: There was $554 billion in international remittances, against $540 billion in FDI. And this only accounts for recorded remittances — most of the money going to Venezuela, for example, is not measured.

An important fact about remittances is that these are sent by individuals to their families in small amounts. So, we’re looking at billions of people getting impacted. Remittances also serve as a form of insurance: When a family back home is in trouble, more money is sent.

So, if you have a decline of 20%, you’re looking at a major crisis.

Part of the decline is linked to travel bans, lockdowns and social-distancing rules — these reduce the incomes of migrants or lead to their unemployment. Also, their ability to send money home has been disrupted: Banks and money-transfer systems have been closed, and those who might have carried cash with them — 80 to 85% of remittances are in cash ­— have been unable to travel.

The fall in oil prices has had an impact on remittances from the Gulf Cooperation Council countries and Russia. Remittances from Russia have also fallen because the ruble has weakened significantly against the U.S. dollar.

BG: What about migration?

DR: Worldwide, migrants are stuck where they are mostly because of travel bans and uncertainty about the future. They don’t want to go back home because the cost of migrating itself is often two to three years of the salaries they earn. That’s what they pay to live or exist.

BG: Let’s narrow the focus to the GCC, where even before the pandemic, governments were talking about reducing their dependence on foreign workers. One heard anecdotal reports of foreigners losing their jobs, especially white-collar jobs, to locals. What have you noticed since the pandemic began?

DR: The process of indigenization has been going on since the last global economic crisis, since 2009. I think it got a bit of boost during the Arab Spring. In countries that have high unemployment of native-born workers, it makes sense to try and increase the employment rate. Many of these countries also see the need for diversification away from the oil. But the two imperatives can come into conflict, because diversification involves skill-building, and that takes time.

The question about how many migrants are too many in an economy becomes almost irrelevant the moment you look at economies of the GCC countries, where for every native-born adult, there are probably 12, 13, 14 foreign-born workers: 95% or more of the workforce in the United Arab Emirates and Qatar are foreign-born. With that level of dependence, restricting the recruitment of foreign workers is not consistent with a vision of growth and diversification of the economy.

Some changes have started happening during the Covid-19 crisis. But we don’t have a lot of data. I see anecdotal news items about returning migrants — specifically to places like Kerala, which has close to two million migrant workers in the Gulf region. So far, a few thousand have gone back home. That may be because of travel disruptions. What happens when the restrictions are eased remains to be seen.

The situation this time will be much worse than 2009, because this crisis is unlike any before. It has affected economies and people at every level — national, provincial, local. But the real crisis will come in the next 12-to-24 months, when we see the effects of the economic decline.

A trickle of that kind of news is already coming in the form of falling remittance flows. For instance, remittance flows to Pakistan have dropped 32% in May, year-on-year, from the UAE, 12% from Saudi Arabia. In the case of the Philippines, there was a 39% decline in remittances from Kuwait in March, and 20% from the UAE.

My guess is we are going to see a much more significant decline in remittance flows for May from the GCC countries to Bangladesh, Pakistan, India and Nepal.

BG: Were remittances to India from the GCC declining before the pandemic?

DR: My impression is that remittance flows have been quite strong: close to $83 billion last year.

BG: Was this because of an increase in the number of Indians working in the GCC, or because of Indians rising up the value chain and earning higher salaries?

DR: I see it as the latter.

BG: Those higher-salary jobs are now more likely to go to locals, in line with the Arabization policies of GCC governments. Does this make Indians especially vulnerable?

DR: Not in countries where the native-born population is very small, and there aren’t enough people to take those jobs from foreign workers. Even in larger countries, like Saudi Arabia, it’s not going to be easy. Foreign workers tend to be lower-paid and more productive.

BG: Does Kerala need to worry about reverse migration (too many people trying to go home), about loss of remittances, about the loss of opportunities for the next generation of people?

DR: In the short term — this year and into next year — the fall in migration is a worry. Even if you have only 20,000 people coming back home, they need to be integrated into the local economy. There is a need for local governments to support returning migrants.

On remittances, they always involve human stories, taking place at a personal level. Collectively, people are going to lose 20% of their income, but individually, many are going to lose their income completely. Families will lose a stable source of income and an insurance against bad times. Many households in Kerala will face hardship.

At the state level, around $14-15 billion in remittances went into Kerala in 2019. This year, you are looking at maybe a $2 billion drop. This can cause serious difficulties for state finances. The World Bank is working with the Kerala government on the idea of “diaspora bonds,” to mobilize the savings of non-resident Keralites in the Gulf, many of whom have money sitting in banks, earning near-zero percent interest. The government has agreed to the concept. Now it has to do a feasibility study.

BG: How much money can be raised through diaspora bonds?

DR: Kerala alone should be able to raise several billions of dollars; the market study that we are planning should give us some proper estimates. For India as a whole, remittances this year will be close to $70 billion, and diaspora savings abroad are likely over $50 billion. The Indian diaspora, and Keralites in particular, have a favorable view of the economy back home. So, the potential to raise diaspora-bond financing is very much there. 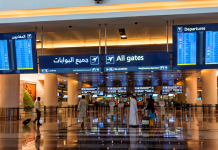 Here Are The New COVID-19 Rules In Restaurants, Cafes, Gyms, And Hotels In Oman