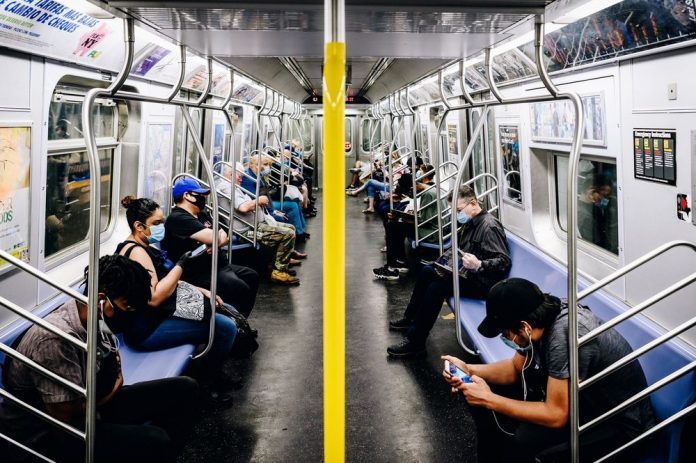 (Bloomberg) — U.S. cases rose at the fastest pace in two weeks as the total topped 2 million. Washington state health officials warned of a substantial increase in infections in four counties south of Seattle.

Brazil’s infections rose 2.6% and deaths climbed 2.1%, but the totals were less than the previous day. Beijing shut some food markets amid fears of a resurgence of the virus.

Sinovac said its shot is safe and capable of eliciting an immune response from human trials, suggesting it has potential in defending against infection of the novel coronavirus.

The Beijing-based company’s vaccine, called CoronaVac, hasn’t caused severe side effects and more than 90% of people administered with the shot on a 14-day interval have induced neutralizing antibodies two weeks after inoculation, Sinovac said in a press release on Sunday. The preliminary findings come from phase I and II trials in China.

Using a killed version of the coronavirus, Sinovac’s vaccine is among five Chinese experimental shots that have reached the crucial final stage of human testing before they can be approved for public use.

China reported 57 new virus cases for June 13, with 19 of the infections imported, according to the National Health Commission.

Of the 38 new local cases reported in the country, 36 were in Beijing. The capital has shut down some food markets, including the city’s largest fruits and vegetables supply center, to curb the spread of Covid-19 after the virus was detected among a few business owners and their equipment.

Victoria, Australia’s second most populous state, will allow as many as 50 people to attend religious ceremonies and be seated in pubs and restaurants from June 22 as part of the latest easing of social distancing requirements.

Sports training and competition for people 18 years or younger will resume while non-contact sports can return for all age groups, Premier Daniel Andrews said in a statement Sunday. Indoor sports centers and gyms will be able to have as many as 20 people per space.

Australia has 7,302 cases and has recorded 102 deaths from Covid-19, according to data from Johns Hopkins University.

Governor Andrew Cuomo said New York had a “dramatic turnaround,” from a rapid spread and almost 800 coronavirus deaths in one day in April to reaching one of the lowest infection rates in the nation.

“New York is the anomaly,” Cuomo said at his daily briefing. “From the worst infection rate to the best, that’s what New Yorkers have accomplished. The most dramatic turnaround in the country.”

The transmission rate is 0.77, he said, lowest in the nation, meaning a person with the disease infects fewer than one person. Above one, he said, “You’ve lost control of the virus.”

The biggest economy in South America has almost four times as many infections as Peru and more than double the deaths in Mexico.

The World Health Organization reported 142,672 new coronavirus cases in the 24 hours ended early Saturday, a 4.5% increase. New infections have exceeded 120,000 for three straight days, the WHO said. The total on Friday was 136,572.

Latin America countries from Mexico to the Caribbean account for almost 40% of new infections, led by Brazil. WHO said cases in the region’s biggest economy jumped more than 30,000, quadruple the total for Chile, which ranks second in the region.

Washington state’s cases and deaths may “soon increase substantially” in four counties in the south-central region as transmission continues to accelerate, the health department said in a report.

The uptick is probably tied to Memorial Day activities and not recent protests, the department said. However, The trend “will lead to increasingly explosive growth in cases and deaths if not contained,” according to the report. The counties in the region may need efforts to expand hospital capacity and testing, it said.

Governor Jay Inslee said the state will develop “some creative solutions” to control the spread.

Turkey’s new cases rose for a fourth straight day as the nation continued to ease lockdown measures. The government reported 1,459 daily cases, the most since May 16. Fourteen people died, bringing the death toll to 4,792.

Turkey declared “mission accomplished” in its fight against the outbreak May 20, when new cases fell below 1,000 for the first time since the outbreak. Saturday was the second day they exceeded that total since May 29.

Cases in the U.S. increased by 28,312 from the same time Friday to 2.06 million, according to data collected by Johns Hopkins University and Bloomberg News. The 1.4% jump was above the average daily increase of 1.1% for the past week, and the highest so far in June. Deaths rose 0.8% to 115,059.

South Africa reported a record 3,809 new cases, bringing the total to 65,736. Cape Town, the main tourist hub, and the surrounding Western Cape province, remains the nation’s epicenter for the pandemic, with 62% of infections.

In the past few days, a surge in cases has been reported in the central Gauteng region, which includes Johannesburg, the largest city, and Pretoria, the capital. The national death toll stands at 1,423, or 2.2% of the total.

New York City is slowly riding back to work as businesses started to reopen, with a fifth more subway commuters from the previous work week, according to Metropolitan Transportation Authority data.

The subway carried an average of 877,158 passengers from Monday to Friday, up from 735,747 the same days a week earlier. That’s also twice as many as in mid-April, peak of the outbreak. Before Covid-19, the system carried almost 6 million riders on Feb. 5.

At Penn Station, the hub for the Long Island Rail Road and Amtrak, weekday traffic posted a similar gain to an average of 15,430, down from the year’s high of about 166,000 in January. Subway ridership at Grand Central Terminal, which serves points north of the city, rose 15% from the week before, to an average of 13,248, less than a 10th of its 2020 peak.

Manalich had promoted dynamic lockdowns that restricted movement in specific neighborhoods rather than entire cities. The policy ultimately failed as new cases spiraled in May, forcing all of Santiago into a lockdown.

Chile now has more cases per capita than any other country after Qatar and Bahrain. Chile reported a record 231 new deaths Saturday, and 6,509 new cases. That brought total cases to 167,355, more than France, and fatalities to 3,101.

A vaccine to fight Covid-19 could be ready in October, barring any setbacks, Pfizer’s Chief Executive Officer Albert Bourla said in an interview with the Greek newspaper Kathimerini.

If things continue to go well and “we won’t find ourselves in front of any surprises, in October we may have a vaccine,” he said. The aim is for pharmaceutical companies and the relevant authorities worldwide to be sure the vaccine is safe and effective when it’s ready, Bourla said.

He said Pfizer’s budget has $2 billion for investments in research on anti-virus drugs and mainly for the vaccine.

Italy registered 346 new cases Saturday, compared with a daily average of 274 this month through Friday. The country had a one-day peak of 6,557 on March 21. A total of 236,651 cases have been reported since the end of February. The death toll rose to 34,301 with 55 fatalities on Saturday. About 61% of new cases were reported in Lombardy, the virus epicenter in Italy’s north that includes Milan.

Florida reported its biggest single-day increase in new cases since the state began releasing daily reports on April 25. New cases rose to 73,552 on Saturday, up 3.6% from a day earlier and well above the average increase of 2.1% in the previous seven days. Deaths among Florida residents reached 2,925, a 1.7% increase.

The new positivity rate — people testing positive for the first time among overall tests in a day — was 6.28% on Friday, the fourth straight day at or above 5%. Hospitalizations rose 168, pushing the total who have been hospitalized to 11,874 since the crisis began.

Infections in Latin America now exceed 1.4 million, more than a quarter of the world’s total, and the region accounts for more than 40% of all new cases, based on World Health Organization data.

Mexico reported 5,222 cases on Friday, Chile announced 6,754 and Argentina had 1,391 — all of them new highs. Chile registered its highest daily death toll to date, with 222. Brazil, the largest country in Latin America, has almost four times as many cases as any other country in the region.

AstraZeneca Plc said it will provide up to 400 million doses of a vaccine it’s developing with Oxford University to Europe starting at the end of the year. The company said it struck an agreement with the Inclusive Vaccines Alliance spearheaded by Germany, France, Italy and the Netherlands. It’s reached similar agreements with the U.K., U.S. and global vaccine groups.