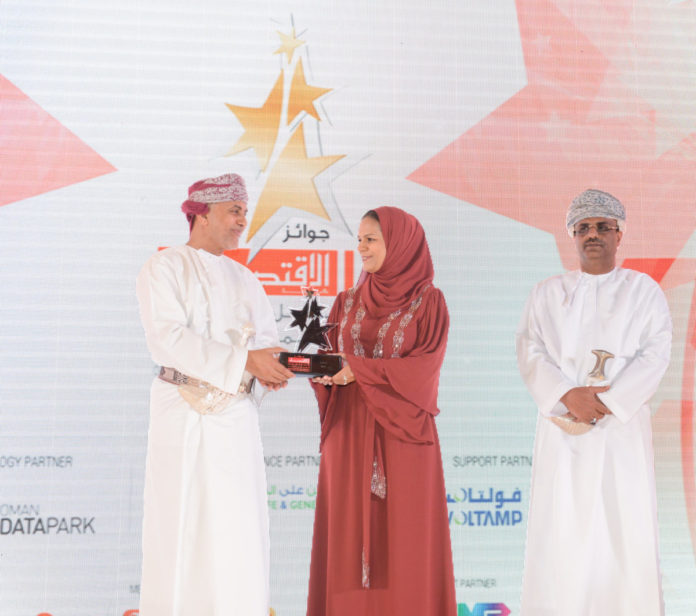 These awards were given based on a highly qualitative performance survey. During the ceremony, 15 companies were honored out of about 67 that were surveyed. Ahli Bank was the winner among the top 5 companies in the Large Cap Category segment for the second year in a row.

The gala ceremony was attended by a number of dignitaries and leading businessmen from the Sultanate. H.E. Sheikh Khalid bin Omar al Marhoon, Minister of Civil Service, was the Chief Guest at the event and H.E. Eng. Ahmed Bin Hassan Al Dheeb, Under Secretary for Commerce & Industry was the Guest of Honour.

“Ahli Bank is honoured to receive the award for the second consecutive year. This is a testament to our high level of commitment to delivering optimum customer experience at all touchpoints,” said Mrs Hanaa Al Kharusi, General Manager, Corporate Banking, Ahli Bank.

“We have invested in the right people, technology and processes to provide our customers the best in banking experience. We constantly strive to innovate, as the banking needs have changed over the years and this award is the reflection of the same.”

Ahli Bank was able to maintain a stable and balanced financial performance last year. It achieved a net profit of 28.8 million riyals, an increase of 7.9% over previous year. The Bank achieved a return on equity of 11.3% and non-performing loans ratio of 1.7% in 2018, one of the lowest in the banking sector. This was achieved as a result of the Bank’s continued prudent risk management, despite the increase in total loans and financing by 14.9% in 2018.