(Bloomberg) — The 2019 Porsche Cayenne S is a five-person SUV executed with the bland precision we’ve now come to expect from some of the more established German car brands.

It has a 434-horsepower engine, a high-quality well-built and thoughtful interior, and a fresh new 12.3-inch touchscreen dashboard you can customize to your own preferences. Those features, combined with its agile handling and powerful thrust, propel it to the top of the line in its segment of midsize luxury SUVs.

But if we’re being honest, after that, the car isn’t particularly stunning. Minus that ladder-like front grill, its wide body is rather nondescript. Though augmented by a new taillight that wraps around the rear of the vehicle, it isn’t as edgy as the Lamborghini Urus.

The accoutrements that come standard inside—air conditioning, heat, radio—aren’t as plush as the Bentley Bentayga, which unfurls deep lambswool and burled walnut for its guests. Yes, both of those cost $100,000 or more than the Cayenne, but I mention them because they’re good examples of the top of the SUV segment these days.

Read: BMW, Daimler to Offer Self-Driving Cars for Autobahn From 2024

Instead, the Cayenne S is expensive without reaching any highs. You’ll need to buy quite a few add-ons if you want this vehicle to get to the level that other luxury SUVs offer—things like $3,750 leather interior upgrades, LED Matrix headlights ($2,150), carbon fiber packaging ($8,370), adaptive cruise control ($2,000), ceramic brakes ($9,080). I’d also recommend anything bigger than the standard 19-inch wheels, which, with the evolution in the past years to 21- and even 22-inch wheels on SUVs, seem almost comically small.

The suburban families and commuters targeted with this rig might also do well to choose from a myriad of optional safety features like blind spot monitors ($950), lane-keep assist ($1,300), and single-lane holding ($3,610).

There are dozens of other upgrades, too, many of which you’ll get talked into at the dealership out of near necessity. If they don’t quite bump up the $82,900 base price to Bentley levels, they’ll eat up a chunk of change and get you halfway there. The version of the Cayenne S I drove cost $102,000 and still felt relatively minimal.

It’s all very convenient, if you decide to play along. With this Porsche, even luxury-grade basics such as heated seats, alcantara trim, auto-dimming mirrors, and comfort access—some of which are standard fare in SUVs from Buick and Jeep—require ample extra outlays. At prices like these, it’s fair to expect something that feels a little more generous than that.

Porsche is aware that there may be some reticence to fill your shopping cart, as it were, with all of this. While I was working on this story, the Atlanta-based representative for Cayenne models made the point that many of the options needed to flesh out the car are included in packages that offer better values all together, rather than if you choose each upgrade piecemeal.

“Our customers appreciate the freedom we offer to select a variety of upmarket options across the relatively broad price spectrum our various models often represent,” Luke Vandezande wrote after I emailed him to verify some prices. “In some cases that does create a scenario where the configurator offers options whose prices may seem significant relative to the base MSRP of the model in question.” Okay.

Don’t get me wrong. The Cayenne S is a fine SUV. It does exactly what it’s supposed to do with its smooth, responsive eight-speed transmission and intuitive, class-leading technology. Its tall ride height, spacious leg- and storage room, and smooth drive will happily suit most suburban SUV lovers. Driving it around New York and Brooklyn for a week, including long stints in Red Hook and an airport run, proved it capable from the slightest pressure on the gas, with 405 pound-feet of torque, and stable, concise brakes.

But here’s my other gripe: The car is boring. The sense of ennui as I cruised it downtown was the same feeling we have scrolling mindlessly through Instagram. Everything looks and feels the same. With the Cayenne, it’s meet the new boss, same as the old boss, all over again.

And: The bigger issue I have with the vehicle is that, as the middle child of the Cayenne lineup that includes superfast Turbo and Turbo Coupe versions, it’s an easy target as the embodiment of what Porsche has become in the past 10 years or so—a behemoth-owned mass luxury brand chasing the bottom line with vehicles so flattened as to be inoffensive to just about everyone.

Porsche builds expensive nondescript SUVs that will reliably consume hundreds of miles of concrete freeway while helping return pleasing sales numbers to HQ in Stuttgart. (I have yet to find anyone, outside of a paid Porsche tour group in Australia, who has used their Cayenne in an authentic off-road capacity.) They’re selling better than the 911, and yes, they “saved” the company when it faced financial challenges years ago. But it’s interesting to note that they aren’t selling thatmuch better: Last year, Porsche sold nearly 11,000 Cayennes in the U.S. By contrast, last year it sold 9,647 911 sports cars nationwide. (For the real money bucket, look to Porsche’s best-selling Macan, which topped more than 23,000 units sold in the U.S.)

I’d like to say more about the personality of the Cayenne S here, but there isn’t much to add. You won’t hate it. It won’t embarrass you. It is executed well.

The Cayenne S is a reliable, quick, well-made SUV that looks slightly better than its currently even-more-boring competition from Audi and (sometimes) BMW.

But at this point in time, don’t expect to fall in love—you’ll need more of a soul connection than this middling Swabian can provide. 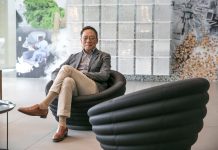 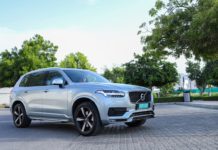 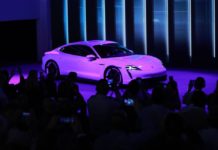