Shares of Nissan Motor Co. tumbled the most in two years Tuesday following the arrest of Chairman Carlos Ghosn on suspected violations of financial laws.

Nissan declined 5.5 percent, the biggest drop since November 2016. Ghosn and Director Greg Kelly have been under investigation at Nissan for several months after a whistleblower complaint, and the board is set to meet Thursday to remove them both. Ghosn may have understated his income by 5 billion yen ($44 million) over five years, Kyodo news reported.

Shares of Renault SA closed down 8.4 percent in Paris amid concern over repercussions for its alliance with Nissan and Mitsubishi Motors Corp., which slid 6.9 percent. The companies had given themselves two years to decide on a possible merger or find an alternative mechanism to enhance their partnership, Bloomberg reported in July.

“The biggest concern is whether the alliance with Renault and Mitsubishi Motors is really going to work,” said Mitsuo Shimizu, an equity strategist at Aizawa Securities Co. in Tokyo. “If not, the synergy effects and cost-cut effects will likely wear off.”

With Ghosn Gone, So Is Glue That Held His Car Group Together

Here’s what analysts are saying:

Not jumping to conclusion that Nissan has deep financial problems. Likely that gulf opening up between Renault and Nissan. Unraveling of alliance is not total disaster for Renault shareholders — selling the Nissan stake may realize more value than current structure. Renault stock reaction may have been overdone.

“Nissan’s lengthy over-reliance on Mr. Ghosn’s expertise could be described as a negative.” The impact on Nissan’s sales is likely to be small given its quick response. While the arrest will increase stock market uncertainty about the alliance framework, it is not a clear negative for Nissan’s shares given that many investors have been dissatisfied with the Renault relationship.

Ghosn’s departure opens the question as to whether Renault will become more assertive in its management of Nissan or attempt to take a controlling stake. France’s government — which has appeared to want a stronger role for Renault in Nissan management — may “give it a prod.” This may be “the beginning of the end of Nissan as an independent company.”

Nissan accusations may make it impossible for Ghosn to continue in role as Renault CEO. Says Ghosn “is the cement that binds” the Nissan-Renault-Mitsubishi alliance together. Renault bulls have long argued that a full merger between Renault and Nissan could unlock trapped value. With Ghosn now likely removed from Nissan and also potentially from Renault, we are likely to see separate CEOs with separate objectives, making the probably of the merger more distant “with the evaporation of that hope reflected in today’s sudden devaluation.”

Nissan’s reputation to take a “big hit”. Misconduct by two representatives to damage Nissan’s reputation considerably. Nissan may have to revise its securities filings. It’s not clear what impact these developments will have on Nissan dividend.

Not enough information to change 1,480 yen fair value estimate for Nissan or 88 euro fair value estimate for Renault. Fair value estimates would need to be adjusted if removal of Ghosn and his management team results in substantial changes in alliance group ownership. There’s less than a 25 percent probability that the alliance will disband; media headlines that the alliance may end are “overly alarmist.” In long term, shares of Nissan and Renault are attractively valued with 4-star ratings. Nissan may take the opportunity to increase ownership of Renault.

Dismissal of both Ghosn and Kelly would be “an unusual situation” as they are two of the company’s three representative directors. Arrest has “destabilized” the outlook for the Renault-Nissan-Mitsubishi Alliance. Sees “relatively little impact on the actual operations of Nissan Motor,” as Saikawa’s team is “actively engaged” in the management of the company. 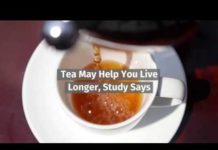 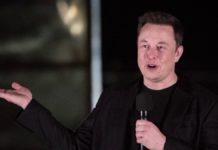