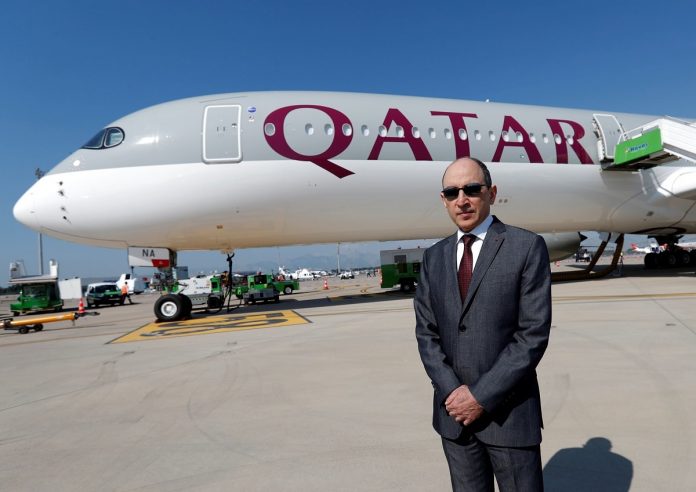 (Bloomberg) — Qatar Airways will announce a stake in a sixth overseas carrier in coming months, Chief Executive Officer Akbar Al Baker said, as the Persian Gulf operator turns to outside investments to boost revenue and cash amid a Saudi-led embargo restricting its own flights.

“We are buying stakes in successful airlines and we will continue to do so,” he said at the Paris Air Show. “Soon you will hear about another investment.” The CEO said there’ll be no imminent deal in India, where bureaucracy and “vested interests” are holding up Qatar’s plans to enter the market, while declining to comment on his company’s long-standing interest in Royal Air Maroc.

Al Baker was in his usual combative mood at the aviation expo, saying Qatar Air’s performance has been affected more by a local economic slowdown than Saudi Arabian-led attempts to isolate its home country over alleged support for Iranian aggression. He said Emirates and Etihad Airways, based in the United Arab Emirates, a Saudi ally, are both shrinking and “really getting the pinch.”

The regional embargo, which began two years ago and forced Qatar Air to abandon 18 destinations and divert flights to others, leading to a financial loss and a slump in passenger traffic, has achieved nothing, Al Baker said, adding that relations with Qatar’s neighbors have “got even worse” because of what he called rumors, mud-slinging and fake news.

“We are business as usual,” he said. “The airline is growing, Qatar’s GDP is robust and growing, our credit rating is still the same, Qatar Airways is investing. The world has woken up to realize that this is all rubbish, our country is not part of anything we are accused of.”

Qatar isn’t unduly concerned about the impact of both the Gulf slump and the U.S.-China trade war, the CEO said from a seat on one of his airline’s Airbus SE A350 jets, which forms part of the Paris show’s aircraft display.

“Every slowdown has opportunities and it’s my duty to find them,” he said. “If there is tension between east and west we still have north and south to sell. We can always re-position our businesses.”

Asked when Gulf carriers would again return to their former dominance of aircraft-order announcements, Al Baker said “we’ll see” and that the French event was “still on the first day.”

The CEO also hit out at the planned purchase of Avianca Brasil by United Airlines, with which Qatar Airways had been linked until the U.S. carrier engaged in a battle for control of Latin America’s second-biggest airline.

“Good luck to United,” he said. “They have found a way to take over the company. Of course, it is OK when United does things and takes over complete control of an airline, but when we do an investment it becomes a very big issue.” 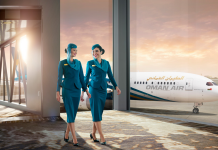 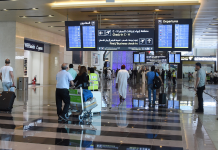