(Bloomberg) — Emirates President Tim Clark delivered a broadside against Airbus and Boeing as well as their biggest engine suppliers, saying he’s no longer prepared to take delivery of aircraft that don’t meet specifications.

The veteran airline executive, who oversees the world’s largest international carrier, said he’s run out of patience with glitches that have held up new models or forced costly groundings for emergency repairs. He likened the nuisance to purchasing a new luxury car, only to have the dealer warn that the engine will need changing after three months.

“That’s not going to happen anymore,” Clark said at a briefing Wednesday in London. “When they’re ready to give us what they’re contracted to do then we will have an assessment of the number and type of aircraft that are going to be used.”

Delivered from one of the most respected executives in the aviation world, it’s a stern message that threatens to have repercussions across the industry. At stake are orders for more than 250 wide-body jets, which Clark said Emirates won’t take without a cast-iron guarantee of trouble-free performance.

Both Airbus and Boeing have suffered performance setbacks with their aircraft, and Clark said he can’t be sure about the reliability of the Rolls-Royce Holdings engines that power the planes, or that the U.K. company has resolved issues with a turbine it supplies for the Boeing 787 Dreamliner, of which Emirates has 40 on order.

Clark’s warning comes against the background of a fleet review triggered by a deteriorating global economy and the looming demise of Airbus’s A380 superjumbo, around which Emirates had previously built its business.

It also serves notice to Airbus and Boeing, which enjoy a duopoly in the market for the biggest globe-spanning jets, that they have no chance of gaining final agreement for the slew of contracts by the time of November’s Dubai Air Show without a major shift in commitments. Emirates announced a $21 billion deal for 30 A350-900s and 40 A330-900neos earlier this year, though the order has yet to be signed off.

At the same time, Clark said, it’s also impossible to know when the 777X will enter service after Boeing pushed back the first flight to 2020 and said deliveries may be delayed amid problems with its General Electric-made turbines. Emirates is the launch customer for the plane, with 150 orders.

Clark insisted that Emirates hasn’t over-ordered on jets and said it has always honored its obligations, despite being consistently let down, citing under-performing Rolls-Royce engines on the A380. He said the issue has become more acute given punitive damages being levied under consumer-protection laws, even taking into account compensation from planemakers.

The timing may be right for Clark to turn to hardball. In an interview, he said he’s seeing “signs of diminishing demand,” and growth falling amid trade tensions and political upheaval. Hong Kong, for example, has seen the so-called seat factor drop by 10 percentage points in the wake of weeks of continued protest, he said, with freight demand also “greatly affected” by the upheaval.

“We’re not in a good place at the moment, but we’ll deal with it,” Clark said. “At the moment, I don’t see any green shoots,” and bottoming out might take 3 to 5 years, he said.

Even before global demand took a turn for the worse, Clark, who is a British knight, had initiated the fleet review, partly driven by end of the A380. With Airbus closing production after the final run of planes is built, Emirates will retire the double-decker in the next 10 to 15 years and “look at the range of alternatives to maintain the structure of network,” Clark said.

The review signals shifting priorities for Emirates, which turned itself into the world’s largest international carrier by deploying the superjumbo and original 777 to funnel global travelers through Dubai.

Clark, the plan’s architect during 16 years in charge, has acknowledged that the very biggest jets may be nearing the limits of expansion at the airline and that some cities may be better served with a different fleet makeup.

Emirates is mulling its fleet profile as part of a wider strategy study begun in February. The Gulf carrier slashed its order for the A380, for which it’s by far the biggest customer, by 39 planes to 123 after reaching an impasse with Rolls on the price and fuel efficiency of the latest batch of aircraft. Clark said he wants to take the remaining eight or nine jets, though that’s contingent on reaching a final agreement on the other Airbus planes.

The carrier has meanwhile retired two superjumbos and begun removing landing gear for use on newer planes. Clark said that with no second-hand market for the A380 both aircraft may be dismantled for further components.

Clark, 69, told journalists he still enjoys running Emirates, describing it as a favorite hobby and akin to playing three-dimensional chess.

Two possible contenders to succeed him, Christoph Mueller and Thierry Antinori, recently left the airline, and Clark said the appointment of an Emirati as president, though not a question for him, is a possibility and would be “a good thing.”

–With assistance from Siddharth Philip and Julie Johnsson. 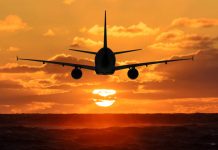 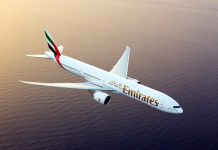