(Bloomberg Opinion) — At a recent event in New York City, I chatted with a money manager whose presentation had impressed me. At least, I was impressed until he uttered one of those hackneyed phrases that just make me flinch.

This is an occupational hazard in the world of economic and market commentary. Any of us can lapse into lazy shorthand. But it is something best avoided: Use of trite or clichéd formulations neither reflects well on us, nor does it show respect for the reader or listener.

I shared my dislike of wince-worthy platitudes with financial-Twitter, and received more than 500 examples of your most-hated phrases. Indeed, cringe-inducing financial nonsense that sounds smart, but falls apart upon closer inspection, seems to be everywhere.

As a public service to consumers of financial news, I am hereby undertaking a campaign to urge my fellow pundits to shun the worst of these. Below are some of the most egregious offenders, in no particular order:

The laziest of all ways to titillate stock investors is to dangle the potential of a giant winner in front of them. Just imagine how much money you will make if XYZ is the next Amazon, although odds of it going broke are infinitely greater. Despite the rise in popularity of indexing, this stratagem still seems to work.

No. 2. “But what’s that worth adjusted for inflation?”:

I have long been an inflation skeptic, believing that Bureau of Labor Statistics understate inflation. But pre-financial-crisis inflation skepticism morphed into something entirely different in the deflationary post-crisis era.

Inflation truthers refused to accept any data, especially if it showed the economy was improving under former President Barack Obama. Recall the entire argument that quantitative easing would cause hyperinflation. That didn’t happen, of course. Using inflation to critique anything you dislike is an exercise in bad-faith argument.

No. 3. “The stock market hates uncertainty”:

This one may rate as the worst. Buyers and sellers operate probabilistically, not with certainty. Without some degree of uncertainty, who would ever buy when you want to sell, and vice versa? Second, uncertainty isn’t the same as risk. As discussed here, when the range of outcomes is understood, you don’t have uncertainty.

Last, the only times I recall that there was certainty was in late 1999, when everyone was sure markets had no limits, and again in March 2009, when everyone believed markets were going to zero. It seems whenever there is certainty, the herd is wrong.

This was a common refrain in about 2010-11, often by traders who missed the rebound from the March 2009 market lows. But buying at a bottom and selling at a peak is one of the hardest trades you are ever going to make. If you are wrong, or even a little too early, you kick yourself for being such an idiot. It is never easy money.

To channel Bridgewater Associates founder Ray Dalio, investors must embrace reality as it is, and not some version of how they want it to be. Regardless of your views of the many post-crisis interventions, they were, and remain, real.

Arguing that they are misguided, wishing they would go away or ignoring them won’t help. Financial crises, and for that matter the smooth functioning of a modern economy, ALWAYS requires government action. You may not like it, but ignore this truism at your own financial peril.

This is the venture-capital version of the “next-Amazon” trope. Any long-shot idea is given a patina of respectability by comparing it to a successful VC-funded startup. Try it yourself; it’s surprisingly effective.

A dishonest but clever way to attack not an idea but the person stating it. Unless you are showing problems such as conflicts of interest or a history of fraud, going after a person’s motivations is simply an unacceptable ad hominem attack. Instead, debunk the idea, not its author.

The last refuge of wayward commodity traders, this currency dodge operates to make a bad trade look better. It works like this: You bought gold at $1,600, but it fell to $1,200. Rather than acknowledge a mistake, cite a different currency to make the trade look like a winner.

No. 9. “The future obligations of Social Security and Medicare will bankrupt the country”:

This represents the mistake of only looking at one half of a balance sheet — the liability side. Extrapolating the increased costs of these (or other government) programs while ignoring the increases in the revenue side is misleading, or worse — an argument advanced by those who want to undo the social safety net.

No. 10. “Homebuyers caused the financial crisis.”

The cause(s) of the financial crisis still remain misunderstood by much of the public. (The short, rather unsatisfying answer: it’s complicated). However, there are some people who intentionally make false statements about the crisis, mainly for ideological reasons.

I will stop at 10, but the list could run to the hundreds. What it is about finance that invites these terrible, vapid pronouncements? Do these trivialities reflect a lack of intellectual rigor, or are they merely a refuge for those who don’t want to get pinned down?

What financial clichés annoy you? 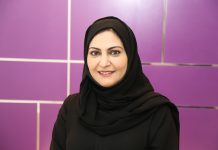 Bank Nizwa provides over 3000 training programmes to its employees