Bank Muscat, the flagship financial services provider in the Sultanate of Oman, has successfully closed a senior unsecured loan facility of $650 million with a consortium of 20 relationship banks from across the globe.

The transaction originally launched for $ 500 million, received commitments of over $ 1.2 billion. The transaction received overwhelming support from the international banking community and was supported by 20 lenders from the GCC, Europe, USA, Asia and Africa. In view of the oversubscription, Bank Muscat decided to scale the facility up to US$ 650 million. The loan facility was closed at favorable financing terms showing a healthy appetite for the bank’s fundraising activities. The facility, which has a 3-year tenor, will be used to refinance the Bank’s existing loan as well as project financing and general corporate financing.

Sheikh Waleed K. Al Hashar, Chief Executive Officer, Bank Muscat, said: “The successful closure of this Club Loan reflects the Sultanate’s growth-oriented economic outlook as well as the confidence of international banks in the country and in Bank Muscat’s strong financials. We value the strong support from our international partners resulting in approximately 2.5 times oversubscription, which further compliments our reputation and brand as a leading bank in the Middle East.”

The senior unsecured loan was facilitated through the bank’s Wholesale Banking Group (WBG) which specialises in fund raising for the Bank (conventional and Islamic) as well as other financial institutions across the emerging markets. The WBG team brings a focused approach to fund raising, delivering tailored funding solutions for the benefit of its clients.

Abdullah Zahran Al Hinai, Chief Wholesale Banking and Strategic Growth Officer, said: “The successful closure of the Bank Muscat 2020 Club Loan is a testament to the credentials of Oman and Bank Muscat. Despite the various macroeconomic challenges in the region, this transaction is further proof of our valued partners’ confidence in Bank Muscat. We are immensely pleased to welcome all the lenders who joined the facility and look forward to enhancing relationships with all the participant banks.”

Bank Muscat, which has the largest banking network in Oman covering retail, corporate, wholesale and Islamic banking operations, has been a keen participant in the growth and development of the Sultanate over the last three decades. As a multiple award-winning financial institution, Bank Muscat is also well known for pioneering financial and non-financial support for small and medium-sized businesses in Oman. The Bank’s international operations include a branch each in Saudi Arabia and Kuwait as well as representative offices in Dubai and Singapore, which focus on financial institutions and global trade.

Bank Muscat posted a net profit of RO 185.55 million for the year 2019 compared to RO 179.63 million reported during the same period in 2018, an increase of 3.3 per cent. The Bank has consistently demonstrated strength and stability in financials, ownership and management and is the only Domestic Systemically Important Bank (D-SIB) in Oman. 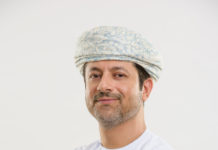 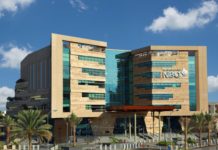 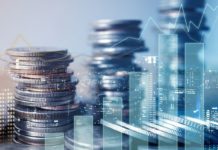