(Bloomberg) — If you’re struggling to keep up with the pace of bank consolidation in the Gulf, here’s an overview of which lenders are in merger talks and where those conversations are at.

(Listed by the size of the combined assets based on the latest filing.)

Talks are said to be underway in Abu Dhabi for a possible tie-up between Abu Dhabi Islamic Bank PJSC with First Abu Dhabi Bank PJSC, a merger that would create one of the Middle East’s largest lenders. FAB last month said it “currently has not entered discussions with ADIB to pursue any merger activity,” while ADIB said it’s currently not studying a merger with other lenders.

Combined assets: $188 billion
Story: JPMorgan Is Said to Be Hired to Advise on Saudi Bank Merger

Dubai’s largest bank is buying Turkey’s Denizbank AS for $2.8 billion, a more favorable deal than previously agreed on due to the lira’s slump

Combined assets: About $180 billion
Story: Dubai Lender May Save Up to $700 Million in Turkey Deal on Lira

This three-way merger creates the fifth-biggest lender in the Gulf.

A merger between the Kuwaiti and the Bahraini lenders would form the region’s sixth-biggest bank. KFH in January offered to buy Ahli United Bank in a share-swap deal.

Saudi British Bank last year agreed to buy Alawwal, which is 40 percent owned by Royal Bank of Scotland Group Plc. Saudi British Bank, a unit of HSBC Holdings Plc, said in March it expects to complete the transaction in the first half. 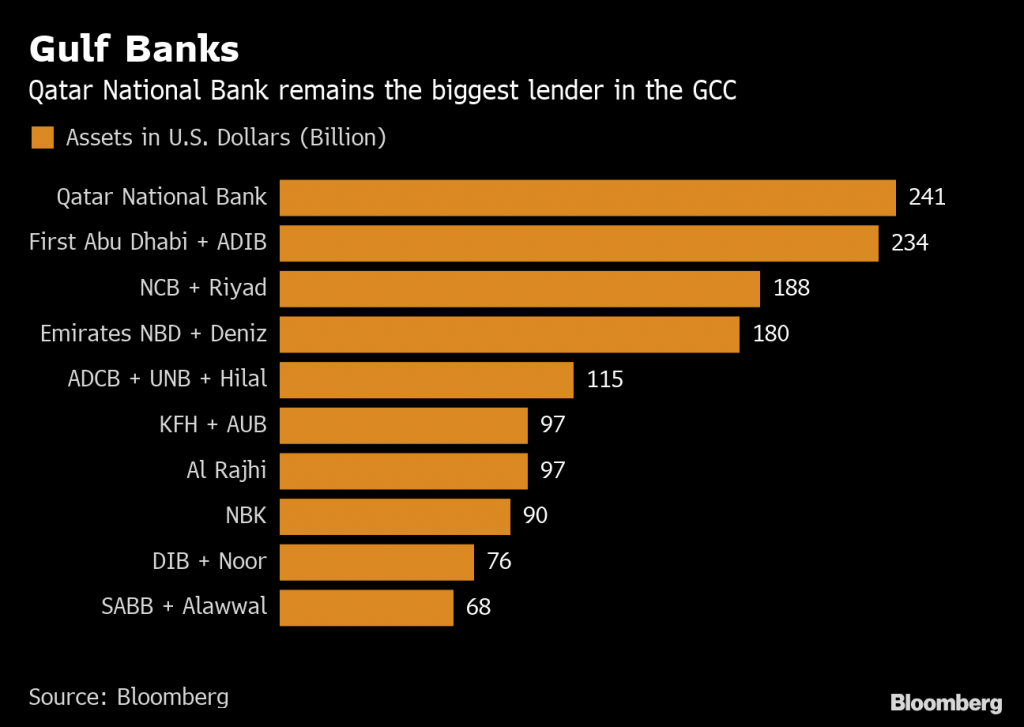 The Omani lenders in October signed an MoU for a potential merger. 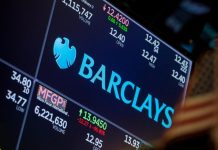