This year, this number is expected to go even higher.

In an interview with Bloomberg, Fahad Al Gergawi, CEO, Dubai FDI affirmed that they were at 54% year-on-year growth (excluding mergers and acquisitions) and that he expected a higher performance than what they had in 2018.

In 2018, according to the Dubai FDI Annual Resorts and Ranking 2018 released by the Dubai Investment Development Agency, the emirate attracted 523 FDI projects in 2018, an increase of 43 per cent over 2017, elevating the emirate’s global ranking in the number of new investment projects to third from fourth.

Al Gergawi wants to ‘continue performing within this league’, and maintain Dubai’s ranking consistently among the top five. 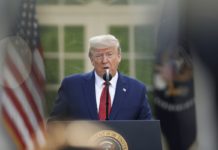