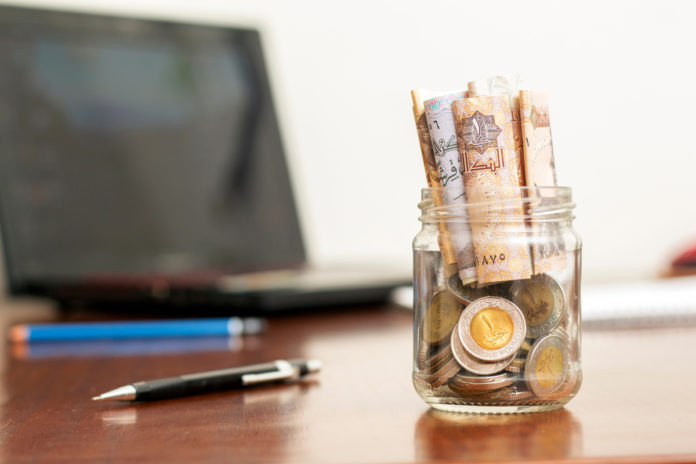 (Bloomberg) –Egypt’s currency, one of the world’s best performers in 2019, has breached a key threshold following inflows of more than $1.5 billion in the past week.

The pound rose 0.9% to 15.92 per dollar Monday, trading stronger than 16 against the greenback for the first time since March 2017. Local banks saw $1.7 billion of inflows in the five days through Jan. 13, the central bank said in a statement.

The currency, which was floated in late 2016 amid a foreign-exchange crisis, has been popular with carry traders in the past year. They’ve been lured by yields of almost 15% on local bonds as well as the economic reforms undertaken by President Abdel-Fattah El-Sisi.

The central bank has cut its main interest rate by 350 basis points to 12.25% since August. It will probably reduce it again to around 11.5% on Thursday, according to a Bloomberg survey of economists.

That monetary easing is doing little to deter inflows from bond traders. Societe Generale SA expects the pound to appreciate another 3.7% to 15.35 per dollar by the end of the year.

A narrowing current account and growing tourism revenue are adding to the currency’s appeal, according to Cairo-based investment bank EFG Hermes.

“This supports a favorable view for the Egyptian pound, which is still gaining foreign-investor traction, thanks to high real yields,” EFG analysts Mohamed Abu Basha and Mostafa El Bakly said in a note Tuesday.

A key factor in the future will be Egypt’s foreign debt commitments, according to Allen Sandeep, director of research at the Naeem Brokerage in Cairo. Most of the money owed to Gulf nations, including Saudi Arabia and the United Arab Emirates, is likely to be rolled over or extended, he said. “If that’s the case, the pound will likely strengthen” or stay within the range of 15.75 per dollar, he said.

The rise could also reflect investors entering the market to lock in high yields ahead of the expected rate cut on Thursday. Subscriptions to Egyptian T-bills have jumped over the last couple of auctions, with around 85 billion pounds ($5.3 billion) in subscriptions last Thursday alone, according to Sandeep.

–With assistance from Mirette Magdy.