(Bloomberg) — Abu Dhabi National Oil Co. is seeking to raise billions of dollars from its natural-gas pipelines, months after the state-owned explorer got a $4 billion investment in its oil infrastructure assets, according to people familiar with the matter.

Adnoc, as the company is known, is speaking to financial advisers about bringing in international investors for the pipelines, which could help raise $5 billion or more, one of the people said, asking not to be identified as the matter is private. Adnoc is yet to hire banks for the plans and talks are in the early stages, the people said.

The company may structure the investment so bidders lease assets for a period of time, similar to February’s oil-infrastructure deal with KKR & Co. and BlackRock Inc., the people said. Adnoc’s entire gas pipeline business could be worth more than $15 billion, the people said. No final decisions have been made and the Abu Dhabi oil giant may decide against a deal, they said.

“As we have demonstrated over the last two years, we are actively exploring a number of potential options to optimize and maximize value from across our portfolio of assets,” Adnoc said in a statement. “Some of these options are still at an early stage of review and we will update the market as is appropriate and in due course.”

Abu Dhabi is revamping the operations of its state energy firm, selling stakes to outsiders to raise cash, as the holder of about 6 percent of the world’s crude tries to forge an economy less dependent on oil. The company has attracted about $10 billion in investments this year, including a $5.8 billion deal with Eni SpA and OMV AG for a stake in its refining unit. 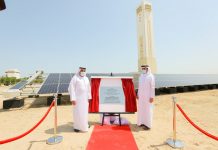