Oil often referred to as Black Gold is very close to Oman’s heart and to its future economic outlook, despite the fact that Oman is not an OPEC member.

According to EIA (Energy Information Administration) Oman was the 19th largest oil producing country in 2019 with 1,006,841 barrels a day. China was the largest customer of Oman’s oil, taking 90% of the sultanate’s oil exports, according to government data. Since the COVID-19 outbreak in Wuhan China, the global oil market is experiencing a massive demand shock, with demand for transportation fuels sitting in the crosshairs of the coronavirus global health crisis. At the same time, major oil producers have engaged in a war for oil market share, resulting in a sizable supply shock.

In a world that isn’t moving, the price of oil is likely to move in only one direction – down. The recent oil production cut announcement, although historic, is too little too late to offset the COVID-19 demand shock. In a physical commodity market, oversupply will always outweigh government officials or oil companies soundbites and headlines efforts to talk up the price. Talk is cheap in a physical market like oil.

As global oil producers and the dispute between Russia and Saudi Arabia continue to flood the market, we are increasingly facing a situation in which not only are we awash in oil, but are actually running out of places to store it. This is an oil crisis unlike any other, and, as things deteriorate, the ugly side of markets, international relations, and geopolitics will begin to emerge as the recent spat between Mohammad Bin Salman Al Saud, Crown Prince of Saudi Arabia and Russian President Vladimir Putin clearly showed. More than other countries, Russia faces the shock to global oil prices from a position of strength, but the test will be domestic trust in the macro framework in place since 2014.

According to the U.S. Energy Information Administration database, Russia is the 3rd largest oil producer in the world only surpassed by the United States and Saudi Arabia. After Oman’s fellow Gulf oil producer Saudi Arabia launched the oil price war on Russia early in March, many oil market analysts said that Oman has one of the most vulnerable economies in the region and among global oil producers in times of crashing oil prices. According to Moody’s, the most vulnerable oil producers in terms of credit profiles are led by Gulf Cooperation Council (GCC) members Oman and Bahrain.

Fitch Ratings also placed Oman among the oil producers, “where weaker balance sheets and policy buffers will limit governments’ capacity to respond to the oil price slump without putting pressure on their ratings.” Oman’s break-even price – the oil price required to balance the government budget, all else being equal – is $82 a barrel Brent Crude, according to Fitch Ratings. This is especially concerning as Oman is estimated to have only around five billion barrels of estimated proved oil reserves (barely the 22nd largest in the world) but is still dependent on the hydrocarbons sector for over 80% of its national budget revenues.

According to IEA (International Energy Agency) Global oil demand will plunge a record 9.3 million barrels a day in 2020, wiping out a decade of consumption growth. The IMF said the global economy is expected to shrink by 3% this year. The economies of Asia’s largest trading partners are expected to experience deep contractions: The U.S. is projected to shrink by 5.9%, while the euro area as a whole is forecast to contract 7.5%.
China is one of the few economies poised to grow in 2020, according to the fund’s projections. But the IMF’s 1.2% growth forecast for the country is a sharp slowdown from China’s economic performance in previous years.

Paradoxically, the demand shock could ultimately create an inflationary oil supply shock of historic proportions because so much oil production will be forced to be shut in. After endless nights of debates in Vienna, on April 12, the Organisation of the Petroleum Exporting Countries (OPEC), led by Saudi Arabia, and its allies, led by Russia, said they would limit production by nearly 10m barrels a day from May through June, the largest cut ever. What is more, the countries said they would continue to restrain production, albeit less strictly, for two full years.

Oman’s Oil and Gas Ministry stated it will reduce oil production by 23% in May and June to comply with the OPEC+ cuts agreed to. However, the physical oil market, where millions of barrels of real cargoes are traded each day, needed OPEC+’s historic cuts to global crude production months ago.

The oil supply shock is increasingly looking like a drop in the ocean compared to the growing COVID-19 related demand shock. So no matter what further actions OPEC+ takes, the world is heading for an enormously oversupplied market and a period of sharply lower oil prices. How quickly oil prices recover is largely a function of the trajectory of the virus and the mitigation measures to contain it.

With the outlook for COVID-19 related shutdowns globally still extremely uncertain there is no clear end in sight for low oil prices. Oman government agencies were told to cut operating budgets by at least 10 % this year to counter lower oil prices.

The big takeaway on the oil market is that there is a physical component to this market. Oil is not like the stock market, this is not a confidence market. You can’t jawbone a physical oversupply of 5 million barrels a day. You can’t talk the oil market up and keep it there. Because ultimately, at the end of the day, in oil it’s a supply and demand situation, you have a physical commodity at the end of the chain. It’s a major difference between this and the stock market, for instance. 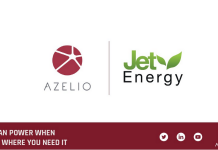 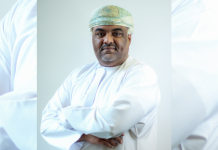 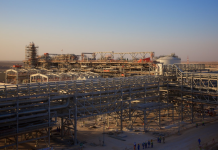