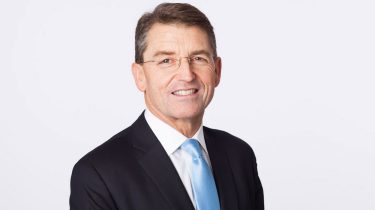 Addressing over 650 students at the International Student Energy Summit, London, Brian Gilvary, BP chief financial officer, examines how population growth, economic growth and energy use are inextricably linked, and the dual challenge of eradicating poverty while reducing greenhouse gas emissions, and outlines how BP is advancing the energy transition – through its reduce, improve, create framework

BP has been supporting Student Energy since 2014. Here in the UK we’ve seen major protests from groups like Extinction Rebellion and Greenpeace – and our industry is a prime target. The debate has become polarised but, in fact, those groups and the energy industry agree on far more than you may think.

I want to talk today about some of the things we’re doing at BP to help drive the energy transition. But as Steve Jobs said “You can’t connect the dots looking forward; you can only connect them looking backwards”. So first I’m going to recap some of the history that’s important in terms of where we are today.

The three factors of population growth, economic growth and energy use are inextricably linked. They have always gone hand in hand – from 1820 and the move from wood to coal and the industrial revolution, through the move to oil in the 1920s.

It took 73 years, from the early 1900s, for oil to go from around 1% of demand to around 40%, and it was oil that was the driving force behind post-war industrialisation. Natural gas entered the market in the 1990s. This was the first time we saw efficiency in our use of energy and growth in energy use started to flatten off slightly. In 1997, Lord Browne, BP’s former CEO, outlined the need for precautionary action and solutions given the growing scientific evidence of a link between manmade greenhouse gas emissions and global warming.

He was recently quoted as saying “Humankind has not, for a long time, understood the full price of providing itself with energy – it has paid not only with its treasure but also with damage to our planet.” Essentially we’ve never truly priced in the real cost of the energy we’ve been using that comes from our planet’s resources.

It’s important to reflect on this. Paris 2015 was a defining moment which included a global commitment by governments to limit temperature rise, and a mechanism for individual countries to make individual pledges for how they intend to contribute to meeting that commitment.

Now let’s take a look at the future demand for energy out to 2040. How much do you think demand for energy will grow in the next 20 years? According to BP’s Energy Outlook evolving transition scenario, which is based on current trends, it’s around a third – that’s the equivalent of another China and EU on top of today’s demand. In the evolving transition scenario, we see energy demand continuing to increase, with oil demand slowly peaking and then starting to drop off over time.

A different Energy Outlook scenario, the rapid transition scenario, assumes the energy sector will make major interventions around carbon capture – and looking beyond the 2040 timeframe for these scenarios, the Outlook sees hydrogen as potentially being a big enabler. I’m not here to try and promote oil. I want to outline what business is doing to try to respond to the energy demand. But no new oil investment would produce a massive undersupply. This would drive up prices, dampen economic growth and slow the rise in prosperity. If you think about oil today, there’s installed capacity of about 100 million barrels a day of oil – and it can’t simply be eradicated.

Even as far ahead as 2040, the IEA (International Energy Agency) would say that in a scenario consistent with the Paris goals, there’s still around 70 million barrels of oil production required to balance the books.

How does your energy use compare?

Let’s take a look at energy use around the world and the average energy use per person per year in different countries.

Canada is one of the most intensive countries – over 300GJ per person. The US has actually come down slightly to around 287GJ per person. Europe is around 150GJ, the UK is at 122GJ, and Germany is 174GJ – largely because it still has coal-fired power plants.

Then you have the other end of the scale, countries like Senegal where it gets as low as 8GJ per person or India with 24GJ per person. So why does this matter? The United Nation’s Human Development Index suggests that increases in energy consumption up to around 100GJ per person are associated with substantial increases in human development and well-being.

Today the global average is somewhere around 85GJ. Yet we will see population growth of around 2 billion more people, alongside 1 billion people who have no access to electricity today. So over the next 20 years there will be around 3 billion more people who will want access to power. If they don’t get that access, then it’s essentially telling people in some countries that their living standards have to remain the same, while those in other countries continue to prosper. This is one of the biggest challenges we face. Are we going to say to people “do not progress up that energy curve”? Alternatively, can those countries using over 100GJ reduce their consumption, principally through energy efficiency? Because this would help to meet our rapid transition scenario, and therefore Paris.

There is no simple solution. This is what we call the dual challenge: the first part of the challenge is delivering more energy and the second part is to make sure the world lowers greenhouse gas emissions. In our view oil will inevitably play a role. We know that oil is required today and we know that in 20 years, 15 years, 10 years, oil demand will start to drop. But it will be an important part of the mix along with renewables. It’s worth noting that man-made GHG emissions come from many sectors – agriculture, manufacturing, construction. But oil and gas makes up around 40% of man-made emissions, so it’s an important part. I’ll now outline some of the things we’re doing at BP to advance the energy transition.

What are we doing?

At BP, about 18 months ago, we laid out a simple framework: reduce, improve, and create. This builds on how we’ve been working for the best part of 22 years – right back to John Browne’s 1997 speech at Stanford University. That’s when we set our target to reduce our own emissions by 10% by 2007, which we actually achieved six years early in 2001.

The first part of this framework is to reduce CO2 emissions in our base business operations. One of the things we are doing is targeting 3.5 million tonnes of sustainable GHG emission reductions by 2025 using a 2015 baseline.

We’ve already taken out 2.5 million tonnes. We’re continuing to make progress this year, and we will continue to review those targets going forward. We now have an organisation energised and incentivised to reduce CO2 emissions in our base business.

Lightsource BP is a new business we’ve gone back into – solar. We invested $200 million and that has played a part in enabling Lightsource BP to leverage around $7 billion of investment, which is a huge footprint. It’s now in 10 countries – from 5 when we acquired our 43% stake – and its aim is to develop 10GW of installed solar capacity. That’s the equivalent of generating power for 3 million households in this country – so something like 12 million people.

It’s a huge part of the future of BP. Our wind energy business has 1.0GW net capacity in the US. Biofuels – we generate about 0.75 billion litres of the fuel substitute ethanol, which comes from sugarcane. That has a CO2 footprint that’s 70% lower than conventional fuels. We also use and export to the grid, renewable bio-power from the waste that comes from the production process.

Other new technologies we’re looking at include investing in things like Fulcrum Bioenergy, which has a process that essentially manufactures biojet fuel from household waste. Calysta creates a protein-based feed for fish from natural gas. It’s now in production in the UK and we’re looking at other locations. We acquired Chargemaster last year, which is the UK’s largest electric vehicle charging network. We plan to roll out 400 ultra-fast charging points on BP forecourts by 2021. Electric vehicles will be very important in terms of solving air pollution in cities. Through BP Chargemaster, we will be able to continue to supply energy to electric vehicles through our petrol stations.

Another venture we’re investing in is Storedot which is also focused on ultra-fast charging. They’ve demonstrated on a small scale how they can charge significantly faster than the typical rate to charge your phone or iPad today. We’re looking at how we can use and apply that technology. So across this framework we’re doing a lot to reduce emissions in our base business operations improve the energy consumption of the existing products we provide to our customers, and invest in low carbon businesses. We’re putting in the region of $750 million into these new businesses. People often say that looks like a very small investment compared to the $15-17 billion we invest in our business overall. But this is equivalent to the capex guidance for a company in the bottom half of the FTSE 100. So while it may appear modest to our base business, it’s incredibly significant for a start-up business.

So that brings me to the importance of your group. We’ve been working with Student Energy since 2014 because we know we need you to help shape the future. Each year we’ve covered the costs so that 10 students from around the world can attend the Summit because we want to hear your voices and your ideas. What better place to do that than at COP26, which is likely to be here in London next year, where leaders of business and government will come together. Student Energy will be playing an important role. So we’ve committed to double the number of students who attend by bringing at least 50 students to COP26. A chance for many of you to be at the table where your voices can be heard.

What’s more we will offset all Student Energy travel-related emissions for COP26 through our BP Target Neutral programme. We want to engage with as many groups as we can about climate. This is not a simple problem to solve. It is a defining moment for the planet and we all have to take action. We have got to engage in dialogue and we are open and willing to do so.

Student Energy is particularly important for us, given your passion for developing solutions through things like your Innovation Jams. We value the opportunity to engage with you. We would welcome the chance to meet you again next year. I also encourage you to engage with our industry – better still, choose to be part of it. We still believe ours is the most exciting sector to be in at the moment. 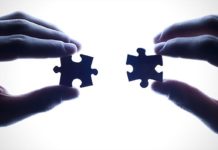 Partnership is key to change 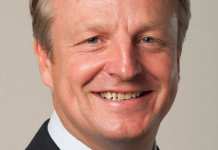 Power And Beyond: The Path To A Low-carbon Future 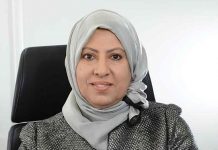