Shams 1, which occupies 2.5 square kilometres and has a power generating capacity of 100 megawatts, is the first of its kind in the Middle East and North Africa region. It has completed three years since the beginning of the Shams 1 Concentrated Solar Power (CSP) plant’s operations. Shams 1, which takes its name from the Arabic word for ‘sun’, is a project majority-owned by Masdar in partnership with the French oil and gas company, Total.

Abdulaziz Alobaidli, General Manager of Shams Power Company, said, “After 3 years of successful operation the Shams 1 plant is playing a key role in the UAE’s quest to diversify its economy and increase the share of renewables in the national energy mix. The plant offers tangible evidence of Masdar’s commitment to advance sustainability and minimise environmental impacts through the use of clean energy. As a thriving CSP operation and one of the largest of its kind, Shams 1 will continue to provide a world-leading, technologically advanced template for the effective use of solar power.”

The plant is based on concentrated solar power, which differs from solar photovoltaic technology in that it generates electricity from the heat of the sun rather than sunlight. Masdar has led the way in refining CSP technology at Shams 1, employing parabolic trough systems incorporating mirrors to concentrate the heat from direct solar irradiation on to a central tube. The heat gathered in the tube is used to heat water into steam, which is then used to drive a conventional turbine that can generate electricity.

Shams 1 was the world’s largest CSP plant in the world when it was inaugurated by His Highness Sheikh Khalifa bin Zayed Al Nahyan, President of the United Arab Emirates and Ruler of Abu Dhabi in 2013. In 2015, the plant exported 216 GWh of clean electrical energy to the national grid, enough to provide 20,000 homes in the UAE with their total annual electricity consumption.

“Our successful development of CSP technology at Shams 1 demonstrates that the UAE can lead the world in clean energy innovation, which in turn will serve our national goal of building a knowledge-based economy making full use of the immense potential of our human capital,” added Alobaidli.

Shams 1 is making a significant contribution toward Abu Dhabi’s quest to diversify its energy mix by securing 7 percent of its power-generation capacity through renewable energy by the year 2020. The plant is also helping the United Arab Emirates reduce the country’s carbon footprint by displacing about 175,000 tonnes of carbon dioxide per year, which is equivalent to planting 1.5 million trees or removing 15,000 cars from Abu Dhabi’s roads. 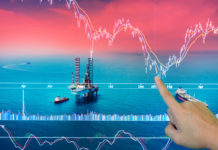 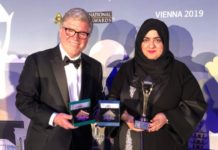