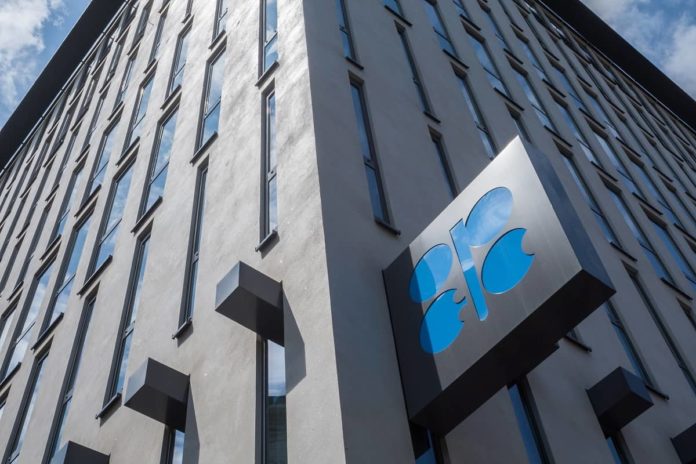 (Bloomberg) — Deeper oil-production cuts aren’t on the agenda as OPEC+ ministers gather in Abu Dhabi, but there’s growing concern about the strength of fuel demand as the global economy slows.

Crude has lurked in the low $60s for most of the summer as escalating tensions between the U.S. and China and increasing fears of a looming recession prompted downgrades to oil-demand forecasts. That’s too cheap to cover the budgets of many nations in the cartel, notably Saudi Arabia. But the group gave no indication that it will try to push prices higher at the meeting of its Joint Ministerial Monitoring Committee on Thursday.

“It’s not the goal of the JMMC to generate new proposals all the time,” Russian Energy Minister Alexander Novak told reporters in Abu Dhabi on Wednesday, when asked about the possibility of deeper cuts. “We aim to monitor the current market situation and compliance with the agreement, and we’ll discuss precisely those questions.”

That echoed earlier comments from Saudi Energy Minister Prince Abdulaziz bin Salman, who was appointed to replace Novak’s close ally Khalid Al-Falih over the weekend. He said there will be no radical changes in the kingdom’s oil policy and downplayed demand concerns.

As the Organization of Petroleum Exporting Countries and its allies strike a calm posture in the face of proliferating economic risks, the group is under increasing pressure. Its monthly oil-market report, published on Wednesday, highlighted slowing demand growth, rising supplies and the risk of a “relapse” into surplus. Expected demand for OPEC crude next year of 29.4 million barrels a day is below current production of 29.7 million, suggesting further cuts could be needed.

That’s a sign of the uphill battle facing the group. Even as Iran’s exports have been slashed by U.S. sanctions, Venezuela’s output has slumped amid an economic crisis, and Saudi Arabia has cut three times deeper than initially planned, prices have only been supported at about $60.

Crude came under further pressure on Wednesday after Bloomberg News reported that U.S. President Donald Trump has discussed easing sanctions on Iran to help secure a meeting with President Hassan Rouhani later this month. Any deal that would ease the prohibition on purchases of Iranian crude would only add to the looming 2020 oversupply.

While the group’s main power-brokers see no need for discussion of deeper curbs at the moment, they acknowledge that the situation next year needs to be reviewed, said a person familiar with the matter, who asked not to be identified because the information isn’t public.

With so much uncertainty in the market now, the group could discuss whether there’s need for a deeper cut at its December meeting, said another person familiar with Saudi thinking.

There were already muted signals in this direction as Thamir Ghadhban, the oil minister of Iraq, suggested that the JMMC should discuss deeper cuts. While the Middle Eastern country is OPEC’s second-largest producer, it’s also consistently flouted its pledge to reduce output and has actually increased production since the latest round of curbs began in January.

Russia has also fallen short, pumping more than its agreed limit in August and early September, according to calculations based on the Energy Ministry’s CDU-TEK statistics, seen by Bloomberg. Nevertheless, OPEC+ as a whole exceeded its pledged cut of 1.2 million barrels a day by about a third, largely due to Saudi Arabia’s deep supply reductions.

Russia’s Novak, who alongside his Saudi counterpart is the most influential member of the coalition, acknowledged the concerns about the strength of demand.

“There is nothing good about the cool-down of the global economy,” Novak told reporters. “We understand why it’s happening, it’s a result of sanctions and restrictions. We would want such uncertainties to be minimized as the market is very vulnerable to such things.”

OPEC Secretary-General Mohammad Barkindo sounded more optimistic, telling the World Energy Congress in Abu Dhabi on Tuesday that there is no global recession on the horizon and the U.S. economy is “doing very well.”

The group has been “very conservative” with oil demand numbers, Barkindo said. Its monthly report predicted consumption growth of about 1 million barrels a day this year and next, which is considerably slower than the average annual expansion of 1.6 million barrels a day from 2017 to 2018. 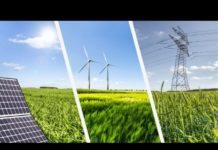 Worldwide Renewable Energy Would Pay for Itself, Study Says