Zubair SEC picks up ten small entrepreneurs out of 214 applicants after a four-stage evaluation to win its Direct Support Programme for the year 2016.
Zubair Small Enterprises Centre (SEC) has recently announced the winners of its Direct Support Programme for the year 2016 at an event held at Bait Al Zubair. This is the third edition of the Direct Support Programme organised by Zubair SEC, the social responsibility initiative of The Zubair Corporation. The programme has been providing support and mentorship to high-potential young entrepreneurs and business owners for the last three years.
Zubair SEC’s Direct Support Programme 2016 saw the inclusion of two new categories. One category was added to promote the concept of social entrepreneurship. Individuals pursuing promising social entrepreneurship projects were selected under this category. The other category added provides an opportunity for those pursuing wholesale business for a joint project with Oasis Logistics, one of The Zubair Group companies.
This year’s ten winners of the Direct Support Programme are: Ayoub Saleh Khalifa Al Shaaili (Shubbak for Weddings E-Services); Khamis Rashid Khamis Al Sawai (Khamis Rashid Khamis Al Sawai Trading Projects); Zubaida Hamood Abdullah Al Harthi (Al Qabas Leading Projects); Aliya Abdullah Hamed Al Nabhani (Al Rawaya Al Shamika ENT); Abdullah Ali Al Mulla (Gulf Emaar); Ali Said Abdullah Al Rashdi (Muaawana Trading); Mohsin Saif Dhahi Al Manji (Zahrat Al Naqaa for Development); Mohammed Ali Salim Al Balushi (Zwaya Al Bait Trading LCC); Mahmood Khamis Humaid Al Oraimi (Moudy United); Naser Said Mohammed Al Hajri (Modern Nature World).
The event was attended by board members of The Zubair Corporation, executives from the Zubair Group of companies, dignitaries and top officials from both public and private organisations that support SMEs and entrepreneurship in Oman.
Commenting on the programme, Hani Muhammad Al Zubair, board member of The Zubair Corporation and chairman of Zubair Automotive Group said: “The strategy and vision of The Zubair Corporation towards supporting business entrepreneurs and owners of small enterprises is derived from the directions of His Majesty Sultan Qabous bin Said and the government’s interest in this vital sector. The Zubair SEC’s Direct Support Programme is but one of many services that the centre offers its members; and we will keep moving forward in improving and diversifying those services.” He added, “Since the conception of Zubair SEC, we put all effort to set this programme as an exemplary model for sustainable successful initiatives; we were very aware at the time that achieving such an objective comes through the very success of the centre’s members”.
Hussam Muhammad Al Zubair, board member of the Zubair Corporation gave the opening speech at the event emphasizing the accomplishments achieved by the Direct Support Programme in its previous two rounds through small enterprises; he also commended the positive competitiveness that the programme has witnessed amongst applicants.
Muna Khusaibi, founder of Kidani, and winner of the Direct Support Programme in 2015 delivered a speech on behalf of members of the programme in its previous editions.
The Zubair SEC Direct Support Programme witnessed a four-stage evaluation. Once applications were evaluated, they went through interviews and their projects went through a thorough review process. The number of applicants for Zubair SEC Direct Support Programme grew up from 94 in 2015 to 214 in 2016. A total number of 122 applicants were shortlisted for the first round of interview in 2016 while 63 were shortlisted in 2015. In 2016, 70 business enterprises were shortlisted in the second round of review while 2015 saw 40 business enterprises being shortlisted. With new categories being added to the 2016 programme, 12 were shortlisted for the second round of review under the social enterprise category and 13 in the wholesale business by Oasis category. As a run-up to the winners’ announcement, 18 business enterprises, four social enterprises and six wholesale businesses by Oasis Logistics were announced as finalists. 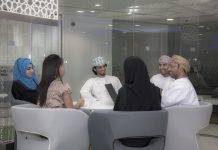 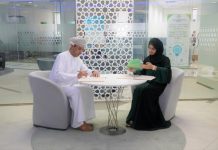 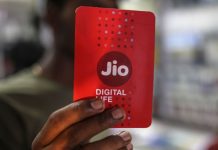