Economies in the Middle East and North Africa (MENA) region emerged on the top in World Bank’s Doing Business 2020 report for implementing the most reforms in the recent period to help small and medium-sized enterprises execute business. This year, four Arab countries – Saudi Arabia, Jordan, Bahrain, and Kuwait – earned spots in the world’s top 10 improvers. These countries accounted for almost half of the region’s reforms.

The World Bank’s Doing Business Report for 2020, released on Thursday, said that MENA economies carried out 57 regulatory changes while economies of the Gulf region implemented 35 reforms. It, however, adds that getting credit in the MENA region remains harder than anywhere else in the world.

Top 10 economies in MENA region are:

The UAE, which ranked 11th last time, dropped to the 16th position in the 2020 rankings. The country, however, continued to maintain its lead in the Middle East and Arab region. Calling the UAE an inspiration for its neighbourhood, the World Bank report states, “The business regulatory reforms across the Gulf economies have been on a steady rise. These changes are motivated in part by the urgent need for economic diversification. Successful reforms in neighboring states, such as the United Arab Emirates, have also served as inspiration.”

The Kingdom of Saudi Arabia ranked first among 190 countries for economies that improved the most in their Ease of Doing Business. “In Saudi Arabia, authorities established a one-stop shop for company incorporation and eliminated the requirement for married women to provide additional documentation when applying for a national identity card. The country also streamlined and merged pre- and post-registration processes,” highlighted the report.

Bahrain, with nine reforms, led both the region and the world in number of reforms implemented. It emerged second in the overall MENA region economy ranking for Ease of Doing Business. “The country recently introduced a new bankruptcy law, strengthened the rights of minority shareholders and revamped the process of obtaining building permits through a new online platform. Enforcing contracts was also made easier by creating a specialized commercial court, establishing time standards for key court events and allowing electronic service of the summons,” said the report.

#Bahrain is the best global performer regarding fiscal compliance time according to the #DoingBusiness 2020 study. Among the top 10 global improvers, Bahrain made the most significant improvements in the area of enforcing contracts: https://t.co/3wHubkrMj1

Oman jumped 10 spots to rank at the 68th position on the list. In cross-border trade, the country ranked first in GCC and 64th globally. In the MENA group, Oman ranked fifth for Ease of Doing Business in getting electricity, registering property, protecting minority investors and trading across border. “Oman made importing and exporting faster by upgrading infrastructure at the Sohar Port as well as introducing risk-based inspections and post-clearance audits,” said the World Bank report.

Kuwait’s ranking in the Ease of Doing Business jumped from 97 in 2019 to 83 in 2020, earning a spot in the top 10 improvers for the first time with seven reforms. “With a strong acceleration in the country’s reform agenda, we applaud Kuwait’s efforts to improve its overall business climate,” said Ghassan Alkhoja, Resident Representative of the World Bank Country Office in Kuwait. “We look forward to Kuwait sustaining these efforts for the years to come, towards realizing the vision of becoming a financial and trading hub in the region.”

#Qatar‘s ambitious reforms program to improve its business regulations earned it a spot in the top 20 global business environment improvers per the #DoingBusiness 2020 report: https://t.co/ITrzfs92os pic.twitter.com/gdzigszZ2t

Collectively, the region’s economies focused their reforms on getting electricity and protecting minority investors, with 40% of the countries in the region reforming in these areas (eight reforms in each).

Top 10 economies that improved the most in their ease of doing business score were Saudi Arabia, Jordan, Togo, Bahrain, Tajikistan, Pakistan, Kuwait, China, India, and Nigeria. 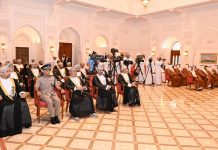