ASYAD Group has registered rapid growth in the last six months due to sales increases and new revenue streams, resulting in a EBITDA growth of 14% and a forecast of 23% growth overall for 2019, according to Abdulrahman Al-Hatmi, Group CEO.

At the ASYAD Group Leadership Team hosted group-wide employee meeting—branded as Majlis ASYAD—to showcase the Group’s performance from the first half of 2019 and outline keynote initiatives for the second half of the year, Abdulrahman Al-Hatmi, said, ”I am pleased to say that 2019 is set to deliver our best Group financial performance to date.” The shareholder value increased from 16 per cent to 22 per cent in the first six months of 2019.

The Freezones are progressively attracting FDI. “We are integrating our services across the value chain to strengthen Oman’s position as a logistics hub. Plans are on the anvil to link all the three ports-Duqm, Sohar and Salalah.”

The Majlis, which took place at Oman’s Convention and Exhibition Centre, featured overview presentations on current operations and upcoming plans, as well as a question and answer session for attendees. The event was attended by 500 employees & stakeholders from across the Group. The regular event aims to build alignments and synergy through all the operating companies that are part of the ASYAD Group.

Among the highlights announced at the Majilis included:

Looking forward to H2 2019, Al Hatmi told participants, “Our strength as a Group comes from our integration – sharing in each others’ progress to secure ASYAD and the Sultanate’s position as a global logistics leader. The upcoming rollout of our Hub Project, connecting freight from ship to last-mile shipment, is a great example of how we are all working together to add new capabilities across the value chain.

Another priority for us is the digitisation of all services and the adoption of new technologies such as Big Data AI, IoT and blockchain into our operations – ensuring that ASYAD offers one of the most competitive, advanced, efficient and technologically-integrated logistics solutions worldwide. Central to all our achievements and plans are our employees, which is why we are implementing Group-wide initiatives aimed at developing talent across ASYAD – with an initial focus on high-potential (HiPo) employees.

Attacks on fuel tankers in the Gulf of Oman has not had an impact on Oman Shipping Company  operations, an OSC representative informed. However, National Ferries Company, which offers high speed ferry services between numerous destinations along the Omani coast, said its financials have been impacted due to the ongoing tensions. 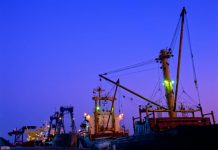 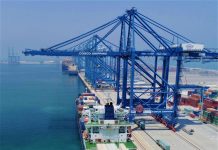