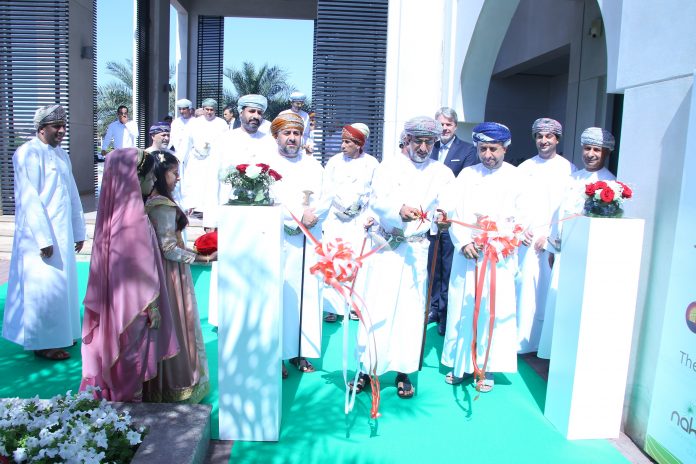 In line with its commitment to implement the directives of the Ministry of Environment and Climate Affairs (MECA), which include enhancing environmental monitoring in and around the port and promoting effective environmental management, SOHAR Port and Freezone officially launched the Air Quality Monitoring Network (AQMN) Project. The ceremony took place recently under the auspices of HE Mohammed bin Salim al Tobi, Minister of Environment and Climate Affairs and in the presence of HE Dr. Mohammed bin Nasser Al Zaabi, Chairman of the Board of SOHAR Port and Freezone, Sheikh Mohana bin Saif Al Lamki, Governor of North Al Batinah and members of the Shura Council. Also in attendance were various representatives from the public sector as well as several SOHAR tenants.

The AQMN project is a first-of-its-kind comprehensive and integrated project in the Sultanate, which specialises in monitoring air quality at the Port and Freezone as well as in the surrounding areas. It was launched by Omani company, Nakheel Environmental and Industrial Solutions, in accordance with the Ministerial Decree No. 41/2017. The AQMN project consists of both fixed and mobile stations positioned at critical locations around the Port and Freezone. This is one of the key projects that will help ensure that the development of SOHAR is both sustainable and compliant with national and international environmental standards.

In his speech at the ceremony, Mark Geilenkirchen, CEO of SOHAR Port and Freezone, stated that SOHAR remains staunchly committed to the protection of the environment, and the partnership with MECA was a great extension of this commitment, one that he said SOHAR hoped to continue well into the future. The ceremony also included a speech by Eng. Said Al Abdali, Director of Environment and Climate Affairs in North Batinah Governorate, wherein he spoke about MECA’s strategy in legislating laws and regulations to protect the environment and its natural resources, while simultaneously achieving the sustainable development objectives of environmental management.

The event saw the inauguration by the Minister of MECA and showcased the various stages of the project. A visit was also made to one of the stations, where the attendees were able to take a closer look at the advanced technologies used in the monitoring process. These technologies are connected to a central data management system at SOHAR so as to continuously collect data from the stations, including saving and analysing it automatically. The system is being linked with the Environmental Monitoring Centre at MECA to allow the Ministry to directly monitor the environmental situation of the area.

HE Mohammed bin Salim al Tobi, Minister of Environment and Climate Affairs said, “MECA seeks to develop this model together with other industrial areas in the Sultanate. This is carried out in order to encourage and achieve closer environmental monitoring partnerships within the private sector. Our partnership with the Port and Freezone is a great example of a Public Private Partnership, due to its support from SOHAR tenants and execution by the Ministry. On behalf of MECA, I would like to extend my gratitude to SOHAR, as well as its tenants, for their cooperation in making the launch of this project a great success.”

Commenting on the importance of the launch of this project, HE Dr. Mohammed bin Nasser Al Zaabi, Chairman of the Board of SOHAR Port and Freezone said, “At SOHAR we believe that effective environmental management is vital for the sustainable development of any organisation. Therefore, the establishment of the AQMN project will drive integrated environmental monitoring, which will further reinforce our commitment of protecting the environment in and around the Port and Freezone. We are extremely proud to be working alongside MECA, to ensure that this unique solution and the respective technology is put to good use and hope to be a part of similar initiatives in the future.”

Ali Al Hussaini, General Manager of Nakheel Environmental and Industrial Solutions noted, “The engineering and technical design of the project’s stations has been implemented as per the standard specifications of the Air Quality Regulation issued by MECA. The installation and the trial operation of the fixed and mobile stations began in the last quarter of 2018 and has been live since the January 1, 2019.”

The official launch ceremony was preceded by a number of workshops presented by several speakers from MECA, Sultan Qaboos University (SQU), DCMR, and HORIBA. These workshops focused on the best practices for air quality management and control. 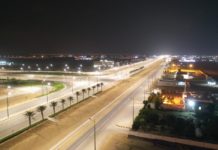 SEZAD to regulate electricity and water sector in Duqm SEZ 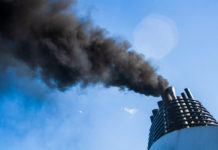 Fighting Shipping Pollution Is Bad For the Planet 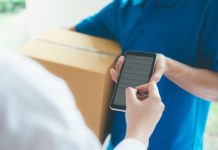 Posta Plus expands its presence in Oman, launches Cash on Delivery service