The ghost apartments of Beirut are haunting the economy.

Permanently-drawn curtains on the city’s empty luxury high-rises and dust gathering over shuttered storefronts in the Beirut Souks mall offer a glimpse of the economic gloom gathering over one of the world’s most indebted countries.

Prolonged conflict in neighboring Syria and political divisions at home have hit confidence. Economic growth has been stagnant for years, but a sharp downturn in the property sector risks wider spillovers as cash-strapped developers postpone payments to contractors and run late servicing debt to creditors. The recent withdrawal of a central bank-subsidized housing loan scheme has pushed even more potential buyers away.

“We’ve witnessed a delay in collection and had a very hard time to sell,” said Batal, whose development and construction company’s main focus is high-end central Beirut. After struggling to sell apartments valued at $1.2 million, Batal says demand is now shaky for units worth half as much.

The health of the real estate industry bears watching because it contributes an estimated 15 percent to economic output. According to a study by Bank Audi, property sales plunged 17 percent in the first nine months of this year while the number of construction permits granted fell 23 percent.

A construction boom that began before the Syrian conflict took its toll, means some apartments have been on the market for years. Few expected the war, which began in 2011, to drag on so long, devastating trade, pushing some 1.5 million refugees into their tiny neighbor of 4 million and costing Lebanon’s economy an estimated $18 billion.

The collapse in oil prices in 2014 has deterred the country’s moneyed expatriates. Even Gulf Arab spenders, who once plowed their disposable income into pied-a-terres or buy-to-let investments in Lebanon’s famously-hedonistic capital, are holding back.

The slump is mainly “due to the overall wait-and-see attitude among investors because of the macro and political uncertainties,” said Marwan Barakat, chief economist at Bank Audi.

Lebanon has been without a government for over six months. While political deadlock is nothing new, this time, about $11 billion in loans and grants pledged by international donors are at stake. The economy is creaking under the strain of public debt, which the World Bank warns is on “an unsustainable path” toward 155 percent of gross domestic product by end-2018, while economic growth could slip to 1 percent.

A typical apartment in Beirut, wedged between the Mediterranean Sea and verdant mountains, can cost between $2,000 and $7,000 per square meter, depending on the neighborhood.

Though listed residential prices have not fallen significantly, developers are offering more flexible payment plans. One development in Dbayyeh, just outside Beirut, allows customers to rent for up to three years with the right to purchase later. In urgent need of cash, some developers are offering steep discounts on new units, though most are holding out despite the collapse in sales.

Philippe Tabet, CEO of Har Properties, said the developer had to restructure its financial model after the downturn. “Clients are delaying payments and banks have increased interest rates, making it harder to obtain funds,” Tabet said, though he hadn’t heard of many companies defaulting so far. 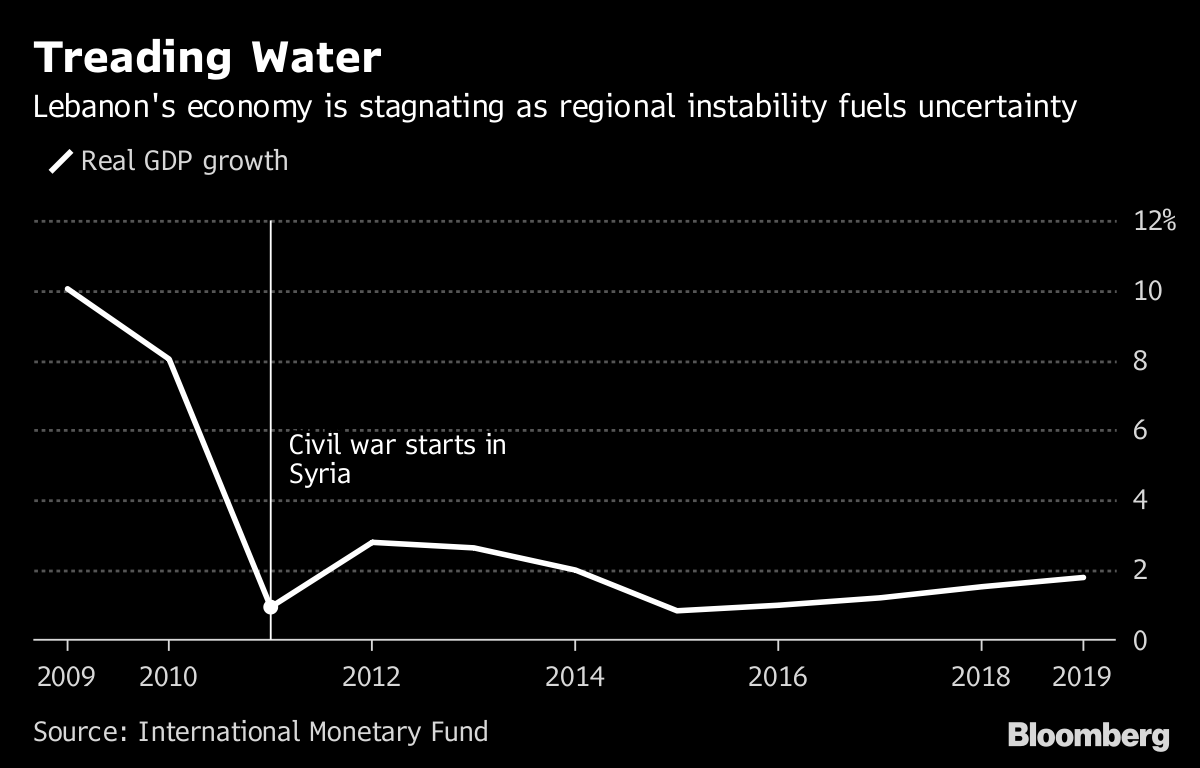 Seeking to rescue the sector from crisis, a group of developers and investors have set up the country’s first real estate investment platform.

Legacy One will purchase vacant apartments in about 100 projects in Beirut and its suburbs and resell them to buyers abroad, said Samir Cortas, head of the Real Estate Developers Association of Lebanon and a partner in the project.

The plan is to channel as much as $1 billion into real estate in the hope of breathing life into the sector. Beirut-based Lucid Investment Bank is shaping the strategy and has received regulatory approval to raise $325 million in the first stage. It will allow creditors in troubled properties to swap their exposure to developers’ debt for bonds issued by the investment platform.

Loans linked to real estate comprise over a third of private-sector banking debt, according to Cortas, making the scheme attractive to some, though it does little to address the economy’s underlying ills.

Lebanese Prime Minister Saad al-Hariri is edging toward forming a government, potentially providing relief for investors and builders alike. That government must then overcome political divisions to implement the fiscal reforms required to unlock financing promised earlier this year for critical infrastructure projects.

“There’s no doubt that Lebanon faces great challenges,” Hariri said at an investment conference in Riyadh on Oct 24. “We cannot rule in Lebanon the way we used to rule in the past. The whole world has changed.” 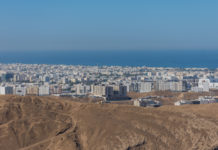 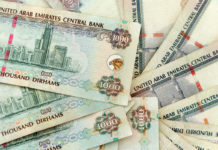