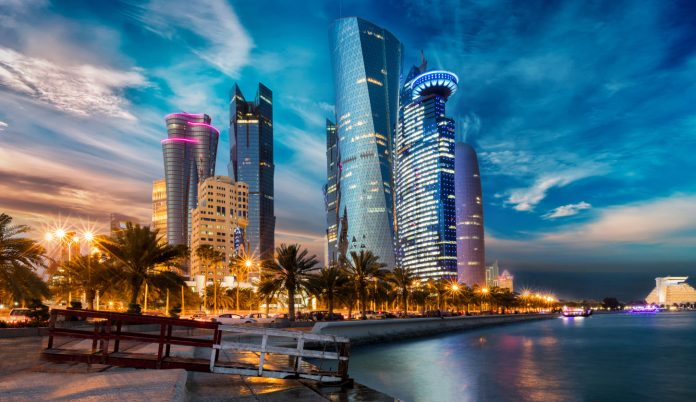 (Bloomberg) — Qatar is betting big on some prime retail on Fifth Avenue and Times Square.

Vornado Realty Trust sold almost half of a $5.6 billion collection of Manhattan properties to Qatar’s sovereign wealth fund, QIA and Crown Acquisitions Inc. The portfolio includes blocks home to brands from Disney to Salvatore Ferragamo, according to a joint statement Friday from the buyers. They will each acquire stakes of about 24 percent.

Qatar has built up a succession of trophy assets around the globe including London’s Shard, the tallest building in Europe. The Middle Eastern kingdom ultimately wants to boost its U.S. investments to $45 billion to better balance its holdings, suggesting there’ll be more to come after the Vornado deal.

“This investment underlines QIA’s ambition to substantially increase our U.S. investments over the coming years, and our belief in the exciting long-term possibilities offered by New York City,” Mansoor bin Ebrahim Al-Mahmoud, QIA’s chief executive officer, said in the statement.

As for Vornado, the company will keep a majority stake in the Manhattan venture holding the assets and serve as general manager. It expects to collect about $1.2 billion of net cash proceeds after certain deductions and the deal will result in a roughly $2.6 billion financial-statement gain in the second quarter.

“They have, over time, offloaded various segments of the company. It’s their latest attempt to demonstrate the actual market value of their assets in an effort to close the gap between where the stock market is valuing those assets versus the private market.”

In 2015, the New York-based landlord completed the spinout of Urban Edge Properties, an owner of strip shopping centers. It agreed the following year to spin off its Washington real estate and merge the unit with certain assets of JBG Cos., creating a new public company called JBG Smith Properties — now slated to help Amazon.com build its new office hub in Virginia.

Shares of Vornado closed at $67.01 on Thursday, down from a post-financial-crisis peak of almost $93 in January of 2015.

“Our stock price for the last five years has been disappointing and, in my mind, disconnected from the value of our assets,” Vornado CEO Steven Roth said in his annual chairman’s letter in April. “Something is obviously wrong.”