Almouj Golf teams up with British Airways aimed at expanding its reach to golf travellers from over 180 cities around the world and positioning the Sultanate as a global golfing destination.
Promoting ‘Destination Oman’, Almouj Golf has entered into a partnership with British Airways to offer added benefits to golfers and travellers. The deal offers all British Airways passengers 50 per cent off on a weekday booking at Almouj Golf and one complimentary game when purchasing an 18-hole round of play during the weekend. In addition, members of Almouj Golf can take advantage of a 10 per cent discount when booking their next flight with British Airways before June 30, 2016 with travel until December 31, 2016. A discount will also be available on the seasonal sale and promotional fares for Almouj Golf members.
“Almouj Golf and British Airways share a vision and a passion for providing golfers with the best-possible golf and lifestyle experiences. Therefore, we are committed to building initiatives that provide one-of-a-kind experiences to golf lovers and enthusiasts,” said Mubarak Hill, club manager at Almouj Golf. “Our partnership will allow us to further grow the sport in Oman, through expanding our reach to golf travellers from over 180 cities around the world and position the Sultanate as a global golfing destination.”
Paolo De Renzis, head of Middle East, Africa and Central Asia sales for British Airways said, “Teaming up with Almouj Golf provides us with the opportunity to further connect with our customers in Oman who have a passion for travel and golf. We recently launched our new 787-9 Dreamliner on our Muscat to London Heathrow route, which includes our luxurious new First class cabin. We hope our customers in Oman will enjoy experiencing our new generation aircraft on their next flight to London or further afield.”
Designed by Greg Norman and since inception, Almouj Golf, home to the NBO Golf Classic Grand Final, has been receiving worldwide acclaim. Offering majestic views of the Al Hajjar Mountains and the Indian Ocean, the course has recently been ranked second on the 2015 Golf Digest Middle East Top 10 Golf Courses published by Golf Digest Middle East magazine. Almouj Golf hosts the first golf academy in Muscat that has been designed to offer unrivalled levels of world class golf tuition for all ages and backgrounds.
British Airways flies to 188 destinations, nine destinations in the UK, 97 in Europe and 82 in the rest of the world. The flag carrier was named Britain’s leading consumer super brand in 2015, beating over 1,500 companies to top the grouping of favourite brands. 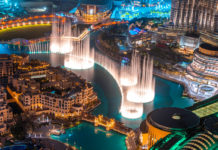 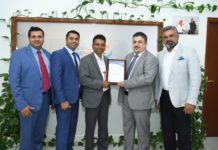 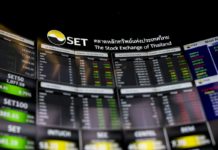