In the late 1950s, as the Maltese government started seeking out new areas of economic development, development of tourism gained fresh impetus. The Government of Malta drafted a programmed of capital spending that was aimed at improving access to the country’s beaches along with a focus on marketing, promotion, and advertising.

By 1958, Malta not only inaugurated its first passenger terminal but also established the Malta Government Tourist Board.

Fast-forward to 2018 when Malta welcomed a record 2.6 million visitors from across the globe, reflecting an increase of 14.3% over the previous year.

Malta has consistently ensured that the tourism sector remains a major contributor to the economy. Today, according to the World Travel and Tourism Council, the tourism sector in Malta accounts for 27.1% of the country’s GDP (this metric includes wider effects from investment in tourism).

A whopping 47.9% of tourists visiting Malta have been influenced by digital media campaigns (Tourism in Malta Statistical Report, 2018). It is of little surprise then that people between 25-44 comprise the largest demographic of incoming visitors. 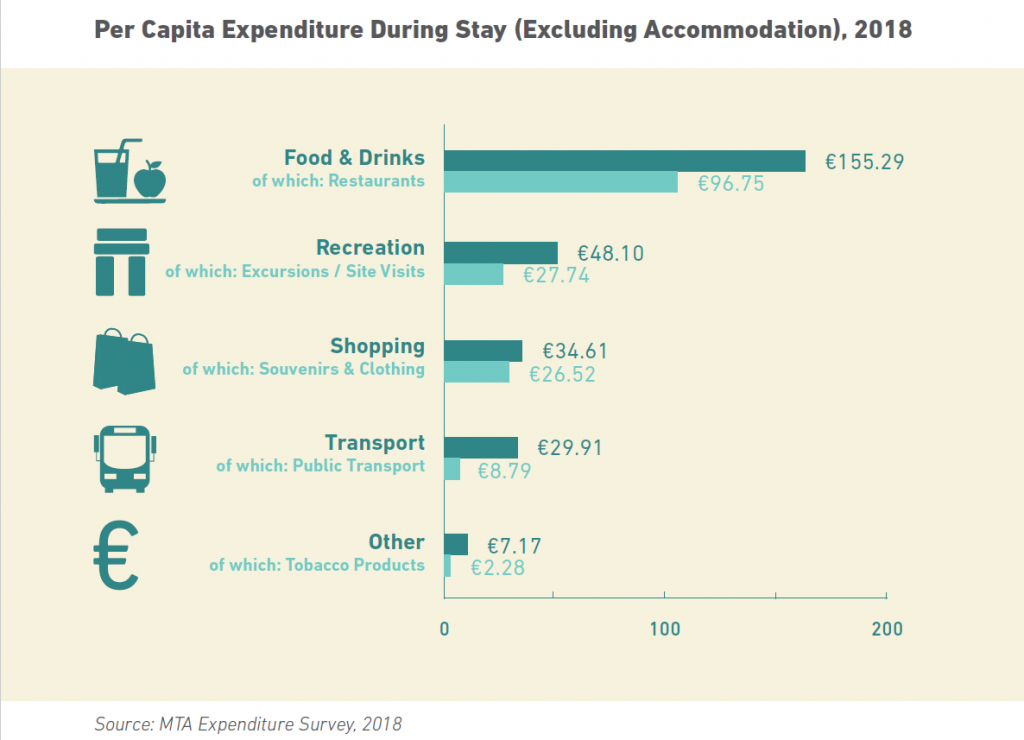 Spends were the highest on Food & Beverages (EUR 155.29), followed by recreational activities, and then shopping. Tourists from Australia, Switzerland, and the USA were among the highest spenders.

Focus on Travellers from The Middle East 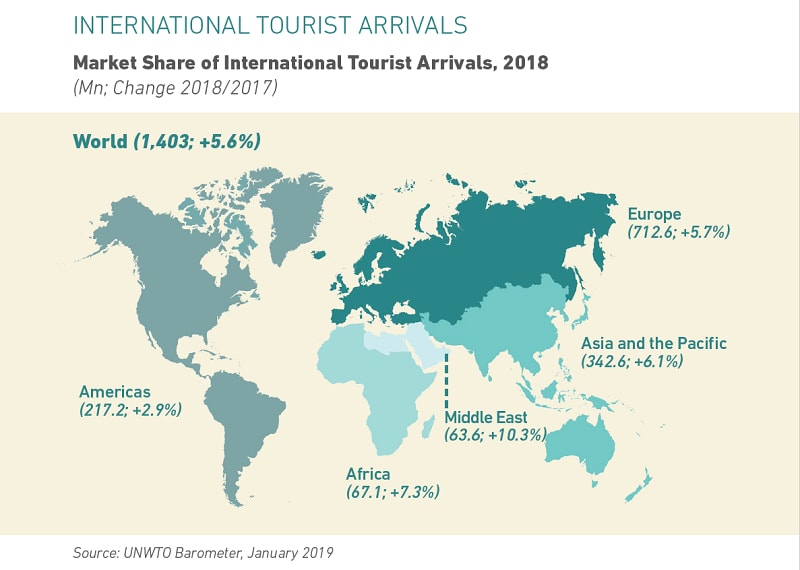 One of the biggest factors has been increased air access. Ryanair currently serves Jordan’s capital Amman with biweekly flights to Malta; Qatar Airways also introduced daily flights to Valletta this year; both Emirates and Etihad also serve the GCC region (and beyond) with direct and indirect flights to Malta International Airport.

It is of little wonder why the tourism sector of this Mediterranean country is thriving.

Malta’s historical centres, pristine beaches, islands, culinary delights, festivals and iconic tourist attractions hit the sweet spot for families, groups or even solo travellers alike. In a media release, Paul Bugeja, CEO for Malta Tourism Authority reiterated their interested in the Middle East & GCC market, stating: “We are placing a new emphasis on arts and history which will appeal to Gulf expats and Arab travellers…Whether you’re a leisure traveller looking to unwind or business searching for an event venue, Malta has truly remarkable settings with the sea, ancient castles, historic gardens and upper Barrakka Gardens overseeing the fortifications.”

5 Luxury Middle Eastern Resorts To Head To This Year

Destination Dhofar: Step Into The Tropical Side Of Oman