(Bloomberg) –Back in 1991, when climate policy was in its infancy, an Exxon subsidiary came to a startling and prescient conclusion about how to curb carbon-dioxide emissions that cause global warming. It would require a heavy price on CO2 pollution before the companies creating emissions would change, the researchers concluded, at a level far higher than almost any in use today.

Calgary-based Imperial Oil Ltd., which has ties to Exxon’s predecessors going back to the end of the 19th century, hired an outside research firm to look at how environmental taxes might affect both CO2 pollution and the Canadian economy. Cutting emissions would only be possible with a price per ton of about C$55, or roughly C$95 ($72) in today’s money and, the researchers argued, the economic impacts would be vast.

At the time there was no price on CO2 pollution—and that remains true in most of the world today, nearly three decades later. There’s now a patchwork of pricing mechanisms, including CO2-emission trading systems in Europe, California and a group of states in the northeastern U.S., as well as current or planned carbon taxes in Mexico, Japan, Argentina and Canada. The top price put on CO2 so far? $120 per ton in Sweden.

The world is nowhere near the price that researchers determined in 1991 would be sufficient to cause a decline in emissions. The average global carbon price—including $0 for every nation without one—is $2.48 per ton of C02, according to Michael Greenstone, a University of Chicago economist who helped develop the Obama administration’s carbon-pricing policy.

Imperial’s analysis left no traces in the public sphere at the time, and the company declined to comment. ExxonMobil Corp., which owns 70% of Imperial, lays out its policy positions in an Energy and Carbon Summary. The company says it has supported economy-wide carbon pricing for a decade and, in general favors market-based policies that offer predictability, simplicity, transparency and flexibility.

The long-ago research into carbon prices and other Imperial Oil reports were included in a tranche of Exxon documents housed in a public archive and published on Tuesday by two nonprofit groups: Desmog, a Seattle group that researches oil industry communications about climate change; and the Climate Investigations Center, which monitors what it describes as industry efforts to delay climate-safe energy policies.

This arcane corner of Exxon’s corporate history joins a growing library of material used in anti-fossil-fuel advocacy campaigns and lawsuits against oil majors claiming they knew about (and ignored) the risks of global warming. This latest document dump comes as more than 15,000 officials from 200 countries descend on Madrid, where they’ll try to hammer out how to build carbon markets and compensate poor countries for the effects of warming.

The 1991 report shows that “a reasonable economics firm, looking at plausible taxes at that time, finds that none of them really moved the needle on Canada’s emissions, except for a high tax,” said Kert Davies, founder and director of Climate Investigations Center. “And that’s pretty remarkable.”

Gernot Wagner, an economist at New York University, has been working for years on determining just how much it should cost polluters to emit CO2. A paper he co-authored in October argued that the cost to society of every ton of emitted CO2 should be much higher than is currently believed—and even higher than the price put forward by researchers working for Imperial in 1991. As emissions gradually fall, his argument goes, climate risk declines with it, and so the price of pollution should drop over time, too.

Could oil company-backed research showing that a high carbon price was necessary to halt emissions have changed the way these policies developed? “It’s a matter of alternative history,” Wagner said.

Instead, debates have been driven by what resource economists call the “optimal price,” which in 1991 was at most a fifth the Imperial figure. The low estimates that began appearing in the 1990s set up similarly low expectations for what emitting a ton of CO2 should cost, Wagner said. A higher price, especially coming from an oil company, might have shifted political conversations.

The economic consequences of carbon prices were clear in the 1991 report by Imperial’s consultants, which framed the C$55 price on CO2 as “an extremely harsh repressive policy” that would leave Canadians with “fewer homes, cars, factories, office buildings and electric power plants and personal income [that] is over 7% lower in real terms by 2005.”

Of course, fewer people in 1991 were sure about what was coming, and it seemed like there was plenty of time for technocratic tinkering. It wasn’t until 1995 that the international scientific community confidently identified “a discernible human influence on the global climate.”

Today, it’s clear that global heating can wreck economies too. Scientists are now calling for the end of greenhouse-gas pollution by 2050. A UN report published last week said 2018 emission levels need to be halved by 2030 to have a chance of staying below goals specified in the Paris Agreement. In August, economists found that climate change itself will bring major hits to GDP — more than 7% by 2100.

An internal Imperial environmental policy review, also included in the documents released on Tuesday, suggests that climate change was understood as a serious matter by the late 1970s. To put that date in context, the UN-backed Intergovernmental Panel on Climate Change didn’t issue its first landmark report until 1990 and the treaty governing the ongoing international climate negotiations wasn’t signed until 1992.

“There is no doubt that increases in fossil fuel usage and decreases in forest cover are aggravating the potential problem of increased CO2 in the atmosphere,” Imperial Oil analysts wrote in a 1980 internal report. “Technology exists to remove CO2” from waste gas plumes “but removal of only 50% of the CO2 would double the cost of power generation.”

Little has changed in the nearly 40 years since those words were written. There is still no doubt that fossil fuels produce CO2, and technology to remove emissions is still wildly expensive. 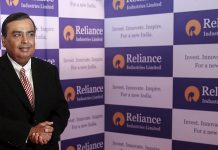 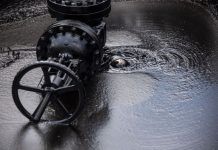 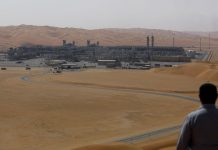