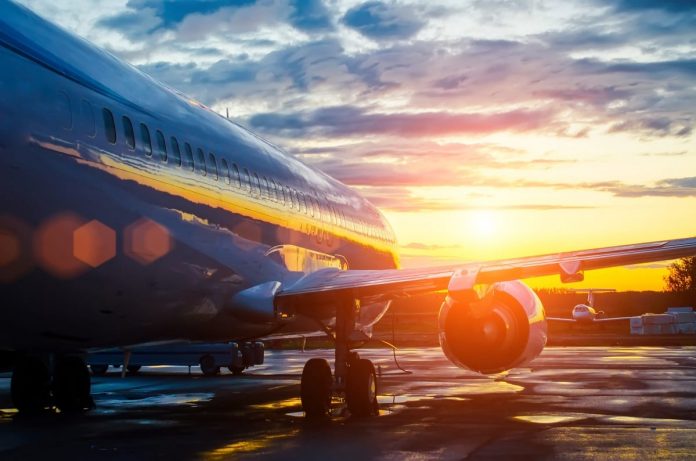 (Bloomberg) — Tom Enders just couldn’t resist the swipe at the competition. It was June 2011, and the chief executive officer of Airbus SE was on a stage at the Paris air show after the planemaker won in a matter of days an unprecedented 600 orders for its upgraded A320neo airliner, while Boeing Co. stood on the sidelines.

“If our colleagues in Seattle still maintain we’re only catching up with their 737, I must ask myself what these guys are smoking,” Enders blurted out, to the general amusement of the audience, while Boeing representatives at the back of the room looked on.

Boeing had wavered on its decision whether to follow Airbus’s lead and re-engine the 737 or go with an all-new aircraft. Customers were willing to wait for “something more revolutionary,” as Jim Albaugh, at the time Boeing’s head of commercial aircraft, said then.

But the European manufacturer’s blow-out success with the A320neo, essentially a re-engined version of its popular narrow-body family, would soon force Boeing’s hand.

As the A320neo became the fastest-selling plane in civil aviation history as Airbus picked off loyal Boeing customers like American Airlines Group Inc., the U.S. company ditched the pursuit of an all-new jet and responded in July 2011 with its own redesign, the 737 Max.

“The program was launched in a panic,” said Sash Tusa, an analyst at Agency Partners, an equity research firm in London. “What frightened Boeing most of all was losing their biggest and most important customer. American Airlines was the catalyst.”

It turned out that Chicago-based Boeing wasn’t too late to the party in the end: While the Max didn’t quite replicate the neo’s order book, it did become the company’s fastest seller as airlines scrambled to cut their fuel bills with new engines that promised savings of 20 percent or more. All told, the Max raked in about 5,000 orders, keeping the playing field fairly level in the global duopoly between Airbus and Boeing.

Now the 737 Max is grounded globally, after two almost factory-fresh jets crashed in rapid succession. As a result, the repercussions of Boeing’s response to Airbus’s incursion are under the microscope. Getting particular scrutiny are the use of more powerful, fuel-saving engines and automated tools to help pilots control the aircraft.

After the grounding, Boeing said that it “continues to have full confidence in the safety of the 737 Max, and that it was supporting the decision to idle the jets “out of an abundance of caution.” The company declined to comment beyond its public statements.

In late October, a plane operated by Lion Air went down minutes after taking off in Jakarta, killing all 189 people on board. Then on March 10, another 737 Max crashed, this time in Ethiopia en route to Kenya. Again, none of the 157 people on board survived the impact.

There are other similarities that alarmed airlines and regulators and stirred public opinion, leading to the grounding of the 737 Max fleet of more than 350 planes. According to the Federal Aviation Administration, “the track of the Ethiopian Airlines flight was very close and behaved very similar to the Lion Air flight.”

After decades of steadily declining aircraft accidents, the question of how two identical new planes could simply fall out of the sky minutes after takeoff has led to intense scrutiny of the 737 Max’s systems. Adding to the chorus in the wake of the crash was President Donald Trump, who lamented the complexities of modern aviation, suggesting that people in the cockpit needed to be more like nuclear physicists than pilots to command a jet packed with automated systems.

“Airplanes are becoming far too complex to fly. Pilots are no longer needed, but rather computer scientists from MIT,” the president said in the first of a pair of tweets on March 12, darkly warning that “complexity creates danger.”

Automation plays a limited role in the 737 Max. That’s because the aircraft still has essential analog design and layout features dating back to the 1960s, when it was conceived. It’s a far older concept than the A320, which came to market at the end of the 1980s and boasted innovations like fly-by-wire controls, which manipulate surfaces such as flaps and horizontal tail stabilizers with electrical impulses and transducers rather than heavier hydraulic links.

Upgrading the 737 to create the Max came with its own set of issues. For example, the 737 sits considerably lower to the ground, so fitting the bigger new engines under the wings was a structural challenge (even with the squished underbelly of the engine casing). In response, Boeing raised the front landing gear by a few inches, but this and the size of the engines can change the plane’s center of gravity and its lift in certain maneuvers.

Boeing’s technical wizardry for the 138- to 230-seat Max was a piece of software known as the Maneuvering Characteristics Augmentation System, or MCAS. It intervenes automatically when a single sensor indicates the aircraft may be approaching a stall. Some pilots complained, though, that training on the new system wasn’t sufficient and properly documented.

“The benefits of automation are great, but it requires a different level of discipline and training,’’ said Thomas Anthony, director of the Aviation Safety and Security Program at the University of Southern California. Pilots must make a conscious effort to monitor the plane’s behavior. And reliance on automation means they will take back control only in the worst situations, he said.

With the Lion Air crash, data from the recovered flight recorders points to a battle in the cockpit between the software and the pilots who struggled in vain to keep control. The data showed that an errant sensor signaled the plane was in danger of stalling and prompted the MCAS to compensate by repeatedly initiating a dive. The pilots counteracted by flipping a switch several times to raise the nose manually, which temporarily disabled MCAS. The cycle repeated itself more than two dozen times before the plane entered its final deadly dive, according to the flight data.

With the flight and cockpit voice recorders of the Ethiopian plane now in France for analysis, the interaction between the MCAS system and the pilots will again be under close scrutiny, probably rekindling the broader debate about who or what is in control of the cockpit.

That man-versus-machine conundrum has been central to civil aviation for years. Automation has without doubt made commercial flying much safer, as planemakers added systems to help pilots set engine thrust, navigate with greater precision and even override human error in the cockpit.

For example, automation on modern aircraft keeps pilots within a so-called flight envelope to avoid erratic maneuvers that might destabilize the aircraft. Analyses of flight data show that planes have more stable landings in stormy, low-visibility conditions when automation is in charge than on clear days when they land by sight.

The most daring descent in recent memory, Chesley “Sully” Sullenberger’s landing of US Airways Flight 1549 in the Hudson River in early 2009, is Exhibit A of how an interconnected cockpit worked hand-in-hand with an experienced pilot. Automatic pitch trim and rudder coordination assisted manual inputs and kept the Airbus A320 steady on its smooth glide into the icy water. The drama showed that automation can play a crucial support function, provided a pilot is fully trained and the aircraft properly maintained.

“Some people are saying modern aircraft such as the 737 Max are too complex,” said Dave Wallsworth, a British Airways captain on the Airbus A380 double-decker. “I disagree. The A380 is a far more complex aircraft and we fly it very safely every day. Pilots are capable of understanding aircraft systems so long as the manuals contain the information we need.”

Airbus traditionally has pushed the envelope on automation and a more modern cockpit layout, with larger screens and steering by joystick rather than a central yoke, turning pilots into something akin to systems operators. Boeing’s philosophy, on the other hand, has been to leave more authority in the hands of pilots, though newer designs also include some computerized limits. Like Airbus planes, the latest aircraft from Seattle — where Boeing makes most of its jetliners — are equipped with sophisticated autopilots, fly-by-wire controls or systems to set speed during landings.

“The big automation steps came in the 1980s with the entry into service of the A320 and the whole fly-by-wire ethos,” said John Strickland, an independent aviation analyst. “I don’t think automation per se is a problem, we see it in wide-scale use in the industry, and as long as it is designed to work hand-in-hand with pilots and pilots understand how to use it, it shouldn’t be an issue.”

But the counter-argument is that increasingly complex systems have led computers to take over, and that many pilots may have forgotten how to manually command a jet — particularly in a moment of crisis. That criticism was leveled at Airbus, for example, after the mid-Atlantic crash of Air France Flight 447 in 2009 that killed all 228 people on board. Analysis of the flight recorders showed the crew was confused by stall warnings and unreliable speed readings, leading to erratic maneuvers that ended in catastrophe.

“I grew up on steam gauges and analog, and the modern generation on digital and automation,” said Jon Weaks, president of the Southwest Airlines Pilots Association and a Boeing 737 captain for the Dallas-based airline. “No matter what you grew up on, you have to fly the plane. If the automation is doing something you don’t want it to do or that you don’t understand, you have to disconnect it and fly the plane.”

A 2013 report by the FAA found more than 60 percent of 26 accidents over a decade involved pilots making errors after automated systems abruptly shut down or behaved in unexpected ways. And the 2016 inspector general’s report at the FAA noted that as the use of automation increases, “pilots have fewer opportunities to use manual flying skills.”

“As a result, the opportunities air carrier pilots have during live operations to maintain proficiency in manual flight are limited and are likely to diminish,” the report found.

The grounding of the 737 Max fleet has left Boeing in crisis. The company couldn’t get through with its message that the plane was safe to fly, as the group of regulators and airlines idling the jet kept expanding. The 737 program is Boeing’s cash cow, accounting for a third of its profit, and Boeing’s stock dropped sharply in the days after the disaster.

The Max gave Boeing a relatively cheap path back into the narrow-body game that it was at risk of losing to the Airbus neo. At the time, Boeing had to make a quick decision, as it was still burdened financially by the 787 Dreamliner wide-body that was over budget and behind schedule.

Both manufacturers have said they won’t come out with an all-new single-aisle model until well into the next decade, preferring to wait for further technological advancements before committing to massive spending. The success of both the neo and the Max bought the companies that extra time, with orders books stretching years into the future.

Half a century after it was launched almost as an afterthought, the 737 program has become the lifeblood of Boeing that helps finance the rest of the corporation — the biggest U.S. exporter. It’s the one aircraft that Boeing cannot afford to give up.

“The Max was the right decision for the time,” said Richard Aboulafia, an aviation analyst with the consultancy Teal Group. “Yes, there may be an issue with MCAS needing a software patch. Yes, there may need to be some additional training. But these are not issues that cause people to change to the other guys’ jet. The other guys have a waiting line, and when you get to the back of that line, you burn more fuel.”