(Bloomberg Opinion) — Microsoft has unveiled the results of a survey of business leaders on the topic of artificial intelligence. The findings are surprising: German and Russian entrepreneurs and executives appear to come out ahead of those from the U.S. and other advanced European economies when it comes to adopting the technology. Mostly, however, this and several other studies confirm a frustrating problem: The AI hype is making it impossible to figure out how much businesses really need it and are using it. 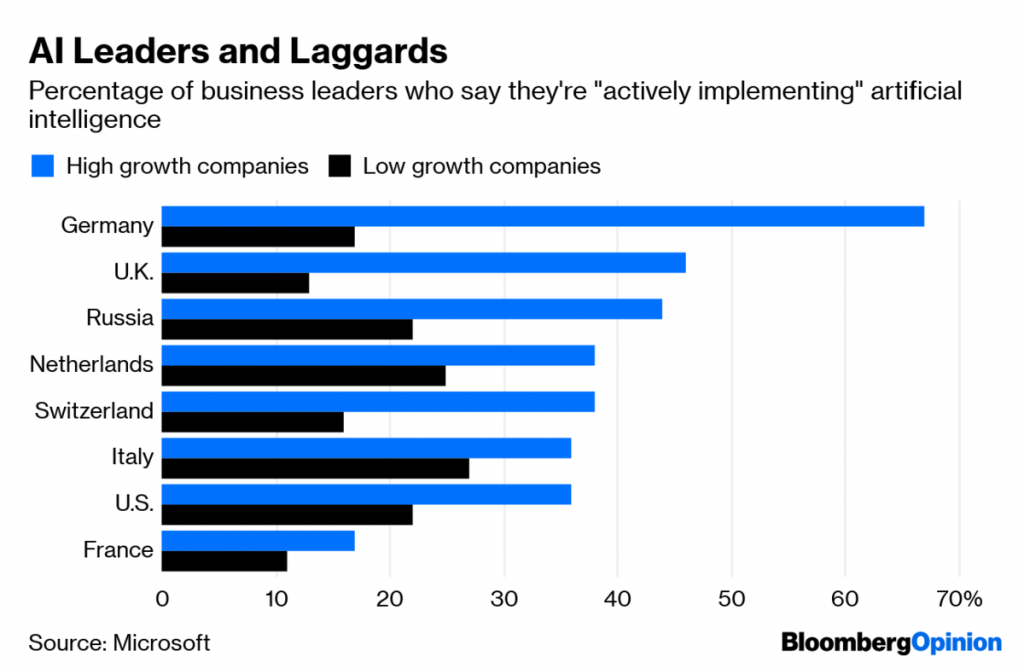 The 800 respondents in the study came from seven countries – the U.S., Germany, France, the U.K., Italy, the Netherlands and Switzerland. It’s not a globe-spanning dataset and it doesn’t include the potential AI leader, China, or one of the leaders in AI research, Canada. But the study’s scope is respectable. It shows that the U.S. isn’t among the leaders of the AI race, though a 2018 study by Capgemini Consulting, for example, puts it out ahead and Russia far behind.

The problem with this survey – and a similar one by McKinsey and Co. – is that when people say they are using AI in their business, they may not all mean the same thing; they may not even be describing uses that fall under the rather broad definition of AI; and they may simply be boasting because the technology is fashionable.

In a new report, “The State of AI: Divergence, 2019,” the U.K. venture capital fund MMC Ventures claims that “one in seven large companies has adopted AI; in 24 months, two thirds of large companies will have live AI initiatives. In 2019, AI ‘crosses the chasm’ from early adopters to the early majority.” But the fund also reports that its examination of 2,830 purported AI start-ups in 13 European countries showed that only 60 percent demonstrated “evidence of AI material to a company’s value proposition.”

The implication is that more than 1,300 companies that describe themselves as working with artificial intelligence do nothing of the kind. So why does it make sense to believe non-tech executives, even the chief information officers surveyed by the research and consulting firm Gartner, about adoption rates? Even when the survey respondents say they’ve deployed a specific AI-based technology, such as chatbots or face recognition, it may mean bots that merely provide standard answers to simple questions or age-old security scanners or nothing at all.

AI has been hyped relentlessly in recent years by politicians who don’t want their countries to fall behind in the race and companies that want other companies to buy their technology and advice (the survey takers generally fall into this category). As a result, for business executives, saying you haven’t deployed AI yet is like admitting to your high school classmates that you’re still a virgin.

Eventually, things could cool down and executives might feel more comfortable admitting that their business may not benefit all that much from integrating AI. We all use AI in some shape or form these days, even if we only search on Google or post on Facebook. It doesn’t mean, however, that every enterprise needs much more than that: In many cases, even the necessary data analysis and modeling can be done without AI.

The various surveys yield noisy data – not just about which countries are ahead in the most fashionable technology of today, but also about the future degree of automation and thus the prospective job losses.

Ajay Agrawal, Joshua Gans and Avi Goldfarb from the University of Toronto wrote in a recent paper that among the several hundred AI start-ups they have examined over the last few years, they “have seen very few companies building unambiguously labor-replacing technologies.” If introducing AI doesn’t lead to obvious cost reductions, many businesses won’t embrace it too enthusiastically in real life even if it can potentially help them find new sources of growth. And some implementations could in fact lead to growing costs, which may lead companies to abandon them.

Any reasonable study of how AI can affect business efficiency and employment will have to wait until the dust settles. That doesn’t mean managers shouldn’t follow the AI applications being developed in their field. But trying to outrun everyone in implementation is akin to buying Bitcoin in 2017. There may well be a better time down the road to get on board. 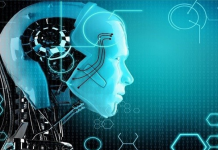