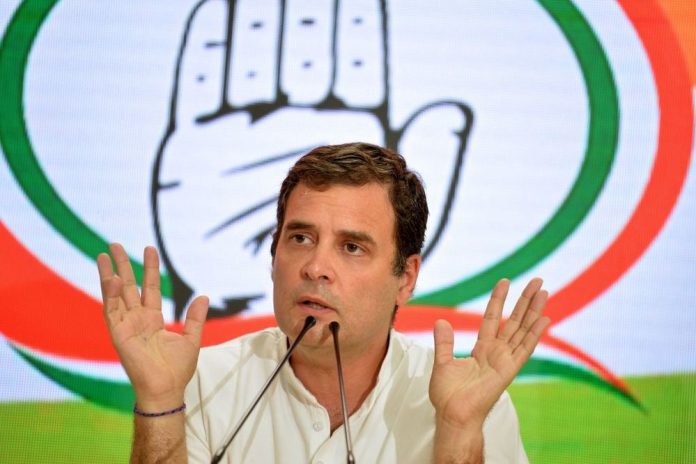 (Bloomberg Opinion) — In most democracies, a politician who has just led his or her party to a crushing defeat steps aside. In the world’s largest democracy, however, parties are often structured around individuals or families. If they go, so does the party.

That’s one reason why it is so surprising that Rahul Gandhi quit as president of the Indian National Congress party after it was humiliated, for the second time in as many nationwide elections, by Prime Minister Narendra Modi’s Bharatiya Janata Party. Gandhi’s mother, father, grandmother, great-grandfather and great-great grandfather were all Congress presidents. For almost half a century, the Congress has had few power centers outside the Nehru-Gandhi family.

The party’s institutional pillars have given way to centralized command and control; loyalty has replaced ideology. While this isn’t unusual for Indian parties, it usually leads to just one outcome. In the southern state of Tamil Nadu, the death of a powerful chief minister a few years ago has led to her party apparently withering away, even though it had a much stronger presence on the ground than the Congress has in most of India.

Would the Congress — a party more than a century old, which led India’s struggle for freedom — die just because a single family stepped away from power? It might. When for a brief while in the 1990s there was no Gandhi at the center of power, the party almost dissolved amid infighting and dissension.

The Nehru-Gandhis have served an important purpose: As long as they ran the party, nobody else fought to do so. Loyalty to the Gandhis took the place of ideological commitment. This weakened the party’s electoral arguments in favor of its hazy “idea of India.” At the same time, a party with no explicit commitment to ideology other than an undefined claim to leftist sentiment and centrist policy was also a broad tent that could include second-rung leaders who strongly disagreed on much else. Almost everyone in the Congress itself understands this, which is why they are so shell-shocked at Gandhi’s exit and so unwilling to let him leave.

Gandhi’s decision doesn’t change the facts: He wasn’t the problem. The Congress ran a campaign in the general election that few of India’s remaining liberals could fault on the issues; its manifesto and program was well-considered and its energy commendable. It still lost by an enormous margin.

The problem is that the Congress’ ideology, such as it is, no longer has much traction with Indian voters. India is a young and impatient country. Many of the hallmarks of global populist authoritarianism are visible here, often in more virulent forms. As in Turkey, there is a widespread belief that India is a great civilization that is not being given its due. As in Russia, there is a suspicion that NGOs and liberals are instruments of external meddling. As in the U.S., fake news and online echo chambers have enhanced tribalism and division. As in Brazil, many voters are convinced that the center-left establishment’s links to corruption are indissoluble.

Most importantly, the BJP appears to have won its decades-long battle to create a large group of voters that view themselves through the prism of their religious identity. In a country with an overwhelming Hindu majority, that makes the party very hard to beat.

For better or worse, Gandhi’s Congress is the only national alternative to the BJP. Many liberals have long been loudly hoping that it will die, claiming that another and better political force will emerge to take its place. That supposition is fatally flawed, however: It assumes that a national two-party system is inevitable and that another dominant contender will somehow fill the opposition space.

In actual fact, the most vibrant and effective opposition to the BJP is being organized at the state level, around more local identities. It’s possible that India has space for just one national idea: Once it was the Congress’ fuzzy, syncretic inclusiveness; now it is Modi’s Hindu nationalism.

If so, the death of the Congress would remove any national opposition to Modi. Regional identities would become ever more politically salient, and clashes between New Delhi and the state polities would become routine. That’s not an encouraging vision of India’s future.