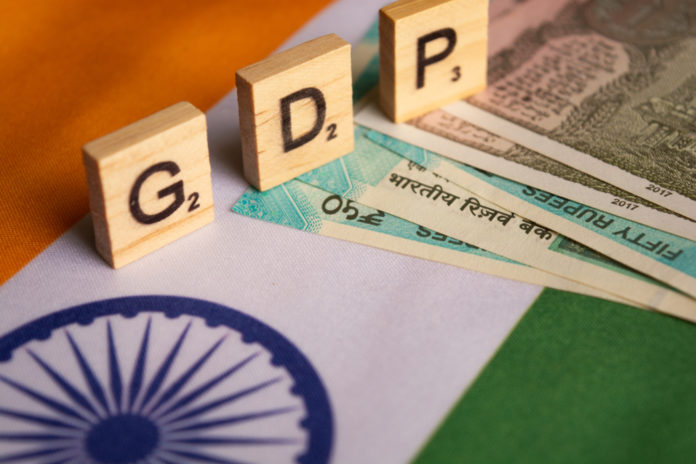 India’s economic growth has slowed down to a six-and-a-half year low 5% in the April-June quarter of financial year (FY) 2019-20, due to a sharp deceleration in the manufacturing sector and sluggish agriculture output, according to official data released on Friday. The previous low was recorded at 4.9% in April-June 2012-13. The economic growth was 8% in the same quarter of 2018-19.

The manufacturing sector grew at just 0.6% while ‘Agriculture, Forestry and Fishing’ sector at 2%. The ‘Mining and Quarrying’, ‘Construction’ and ‘Financial, Real Estate and Professional Services’ grew at 2.7%, 5.7% and 5.9%, respectively, during this period.

Major automotive companies such as Tata Motors and Hyundai had to halt production with even popular brands such as cookie maker Parle were looking at cutting production and laying employees due to economic slowdown.

READ: Modi Gets Real on the Economy: Opinion

India’s Reserve Bank has earlier lowered the GDP growth projection to 6.9% for FY 2019-20 from the 7% projection in the June policy. In a report earlier this month, Moody’s Investors Service has also revised India’s GDP growth forecast for the current year to 6.2%, saying that a sluggish economy could be attributed to factors such as weak hiring, distress among rural households and tighter financial conditions.

Reform Measures being taken to revive economy
Meanwhile, in what is being looked at as a major reform measure, the Indian government decided to merge 10 of its public sector banks (PSBs) into four entities, including the amalgamation of Oriental Bank of Commerce and United Bank of India with Punjab National Bank.

India’s Finance Minister Nirmala Sitharaman, making the announcement, added that Canara Bank and Syndicate Bank were to be merged into one entity, while Union Bank of India, Andhra Bank and Corporation Bank will be amalgamated into a single entity. Similarly, Indian Bank and Allahabad Bank will become one entity. India’s 27 PSBs will now dwindle to a mere 12, post these mergers.

READ: India aims to be a US$5trillion economy: Modi

India has been announcing a number of reforms to revive its economic growth and boost market confidence, including a rollback of recent tax hikes on foreign and domestic investments. The government also relaxed foreign direct investment (FDI) rules in many sectors, including a 100% FDI for coal mining, associated infrastructure and sales of fuel.