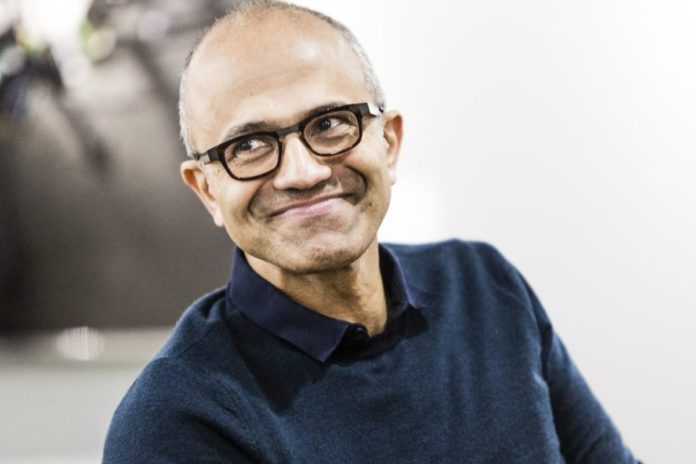 Satya Nadella, the Chief Executive Officer of Microsoft, has been named as the ‘person of the year’ by two leading publications of the world — Financial Times and Fortune.

The 52-year-old Indian American business executive has earned a place among the gods of tech, thanks to the multinational technology giant’s financial success under him.

“By the end of November (2019), the total return generated for Microsoft shareholders during his near-six year tenure passed $1tn. Contrast that with the moment when he took over as only the third CEO in Microsoft’s history, and the software company looked like it might be on the fast track to technological irrelevance,” writes Financial Times in it’s article.

Riding on the success, Microsoft now plans to make a comeback in phone business. It also invested $1 billion in a partnership with research group OpenAI, gaining a prominent cloud-computing customer from the artificial intelligence field.

Originally from Hyderabad in India, before being named the CEO in February 2014, Nadella held leadership roles in both enterprise and consumer businesses across the company.

Joining Microsoft in 1992, he quickly became known as a leader who could span a breadth of technologies and businesses to transform some of Microsoft’s biggest product offerings.

One of the great privileges of my job is meeting people who are applying technology to have an impact. As I reflect on 2019, here’s a look at 10 people who inspired me by exemplifying how technology can be used to create new opportunity for everyone. https://t.co/kYFwjPlXEl

Before joining Microsoft, Nadella was a member of the technology staff at Sun Microsystems.

He also serves on the board of trustees to Fred Hutchinson Cancer Research Center and his alma mater the University of Chicago, as well as the Starbucks Board of Directors.