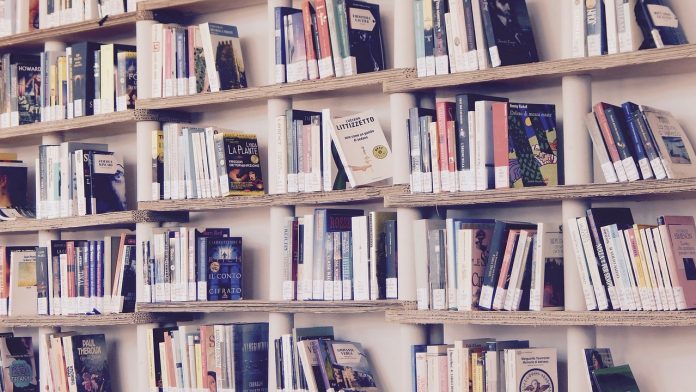 Here are my nominees for the best nonfiction books of 2018. I haven’t read everything published this year, but I read a great deal, and these are my 15 favorites.* Each reflects serious thought, research and argument. Each made me look at things in a new way. The first 14 are listed in random order (no tyranny of the alphabet). At the end is my choice for best nonfiction book of the year.

Richard Sennett: Building and Dwelling: Ethics for the City

Sennett, who has been writing about cities for a good half century, has never been sharper. As the world grows more urban, he argues, we face a crisis: Cities are shaped by the designs of planners rather than by the actual lives, needs and beliefs of their inhabitants. People who live in cities should not only be free but feel free.

Joanne B. Freeman: The Field of Blood: Violence in Congress and the Road to the Civil War

Think we’re divided now? In 1854, one member pulled a gun on another … on the floor of the House of Representatives. Freeman’s book is full of such vignettes. (Yes, the famous Sumner story is here.) And our rhetoric pales next to the barbs exchanged in those days.

Bryan Caplan: The Case Against Education: Why the Education System is a Waste of Time and Money

I’m not sure he’s right, especially about education being almost entirely for the purpose of signaling, but goodness does he make a strong case. Agree with him or not, you’ll never look at the schools and colleges in quite the same way.

Already lauded as the definitive book on Douglass, this volume by our foremost expert on the great orator showcases Douglass’s human foibles as well as his grand triumphs.

Less a dinosaur story than a heist story — how did that illegal Tyrannosaurs skeleton wind up at an auction in New York? — with plenty of fascinating details about the way that the market for fossils has distorted the incentives in paleontology.

Actually, more a history of the science that helps explain life. Never has molecular phylogenetics seemed so fascinating. And the discovery a few years ago of a new form of life is something I’d overlooked.

But what I find particularly fascinating about this widely acclaimed volume is Quammen’s ability to show us, in lively prose, how terribly difficult science is: the false starts, the confirmation bias, the backbiting and jealousy, the lengthy detours that become expensive dead ends. And the personalities. (He’s particularly good on the controversial genius Lynn Margulis.)

Tyler Cowen: Stubborn Attachments: A Vision for a Society of Free, Prosperous, and Responsible Individuals

Three cheers for long-termism! Pity that neither politics nor the psyche of (most) humans actually works that way. The writing, from my Bloomberg Opinion colleague, is at once amusing and relentless. A fun, provocative read.

Jason Brennan: When All Else Fails: The Ethics of Resistance to State Injustice.

Juan Williams: ‘What the Hell Do You Have to Lose?’ Trump’s War on Civil Rights

I am not generally a fan of polemics, but Williams is an elegant writer, gathers evidence dispassionately, and stays far away from political correctness. He skewers everybody. You needn’t agree with every word to find this a fine read.

Turns out that mathematicians are doing great things, but the physicists not so much. Hossenfeld, a theoretical physicist and popular blogger on the subject, accuses her colleagues of being so in love with elegance that they don’t worry as much as they should about whether they’re right or wrong. (Parts of the book are tough sledding for the lay reader, but it’s more than worth the effort.)

Colin G. Calloway: The Indian World of George Washington: The First President, the First Americans, and the Birth of the Nation

You may never look at the Father of Our Country in quite the same way after reading this finalist for the National Book Award. It turns out that Washington was not terribly kind to those who were here first.

A brilliant biography, winner of the National Book Award, of the man who largely fostered the flowering of black art and writing that became the Harlem Renaissance and laid the foundation for much of African-American intellectual thought over the ensuing century.

Gregg Easterbrook: It’s Better Than It Looks: Reasons for Optimism in an Age of Fear

So maybe the world isn’t going to pieces. Easterbook argues that if we study actual evidence, things are actually going well in the U.S. and elsewhere in the world, economically, environmentally, demographically and in most other ways. And most of what’s not working, he says, we have the tools to fix.

Don’t be turned off by the provocative title. Hamburger asks a great question: Why exactly do we limit the political speech of charitable organizations? Answers it, too. The rule wasn’t handed to us on stone tablets; it’s always been politics, all the way down.

Finally, my choice for the best nonfiction book of 2018:

Earl Swift: Chesapeake Requiem: A Year With the Watermen of Vanishing Tangier Island

I can’t remember a book in recent years that taught me quite so much. Every page is vivid and rich. Tangier Island, Virginia, famous as a source of soft-shell crabs, is going under, literally — a victim of rising seas, relentless storms, and a changing economy.

Swift spends plenty of time on the ground, and so is able to pierce the veils of myth and mysticism that have long surrounded the community of fewer than 500 stalwarts, whose political and religious lives are far more complex and nuanced than their stereotypes suggest. He doesn’t agree with their beliefs, but his respect and affection for them are patent. A model for what serious reportage should be.

* Martin Gurri, The Revolt of the Public and the Crisis of Authority in the New Millennium, would certainly have made the list, were it not a revised version of a book that was self-published in 2014 and then published formally in 2016.