(Bloomberg) — Oil was steady near a one-week high as investors weigh expectations for expanding American crude stockpiles against signs of progress in the prolonged U.S.-China trade dispute.

Futures were little changed in New York after advancing 4.4% over the past two sessions. American crude inventories probably rose by 2 million barrels last week, according to a Bloomberg survey, increasing from the highest level since early August. China is reviewing locations in the U.S. where President Xi Jinping would be willing to meet with his counterpart Donald Trump to sign the first phase of a trade deal, according to people familiar with the plans.

Crude is still down about 15% since an April peak as the spat between Beijing and Washington dented demand and as global supplies swelled. China is seeking the roll back of U.S. tariffs on as much as $360 billion of Chinese imports before Xi agrees to go to sign a partial trade deal, according to people familiar with the matter.

Oil has been supported by a “healthy dose of trade optimism,” Stephen Innes, a market strategist at Axitrader Ltd., said in a report. Although, prices have given back some ground as it’s still not clear to what extent the global economy will benefit from a trade truce, he said.

West Texas Intermediate for December delivery fell 7 cents to $56.47 a barrel on the New York Mercantile Exchange as of 7:37 a.m. in London. The contract added 34 cents to $56.54 on Monday, the highest close since Oct. 25.

Brent for January settlement rose 2 cents to $62.15 on the London-based ICE Futures Europe Exchange. The contract climbed 44 cents to close at $62.13 on Monday. The global benchmark crude traded at a $5.62 premium to WTI for the same month.

U.S. crude stockpiles probably increased for the seventh time in eight weeks through Nov. 1, even as the number of operating drill rigs dropped to the lowest level since April 2017. The American Petroleum Institute will release its weekly oil inventory report later Tuesday.

Chinese Premier Li Keqiang on Monday met a U.S. delegation that included Commerce Secretary Wilbur Ross at a regional summit in Bangkok. Before meeting Li, Ross told a morning business forum that the U.S. was “very far along” with “phase one” of a trade deal with China. 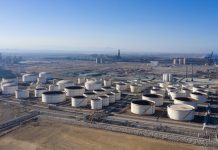 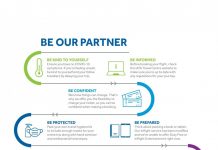