Oman Shipping Company (OSC), a part of Asyad Group, has formally taken over its latest addition to the company’s dry bulk fleet, with an aim to increase the company’s offering in the dry bulk market in response to growing customer demand.

‘Jabal Shams’, which was recently named in a ceremony, is one of the four Ultramax Dry Cargo ships due to be delivered to OSC from Zhoushan Changhong Shipyard. Earlier in August, another ship got its name ‘Jabal Almisht’ in Zhoushan.

Both the ships, are part of the Ultramax Dry Cargo vessels, due to be delivered in 2019 and will join an impressive fleet of over 50 world-class vessels that includes LNG carriers, LPG carriers, VLCCs, tankers, VLOCs, dry cargo and container ships.

Expressing his pleasure, Michael Jorgensen, acting chief executive officer of OSC, said that the delivery of both the ships was part of the company’s Dry Cargo expansion programme and it would “enhance the company’s position in the segment as a key shipping provider for GCC and global markets. Both vessels will be operating under long-term cargo contracts.”

Earlier in March, Tae Kwon Kim, General Manager – Commercial Liner & Bulk, had outlined the company’s plans in an interview, saying that one of the major milestones for Asyad Group Vision 2040, was to expand the capacity of their Dry Bulk cargo business in order to meet the demands of the growing mining industry.

ASYAD’s OSC is an integral part of Oman’s drive to become a top-ten global logistics hub, and is supporting the integration of all supply chain activities in the Sultanate – providing customers with rapid and unrivalled distribution capabilities across the Middle East, as well as acting as the region’s business-sense gateway to global markets. 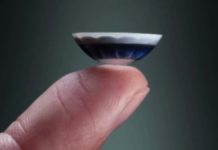