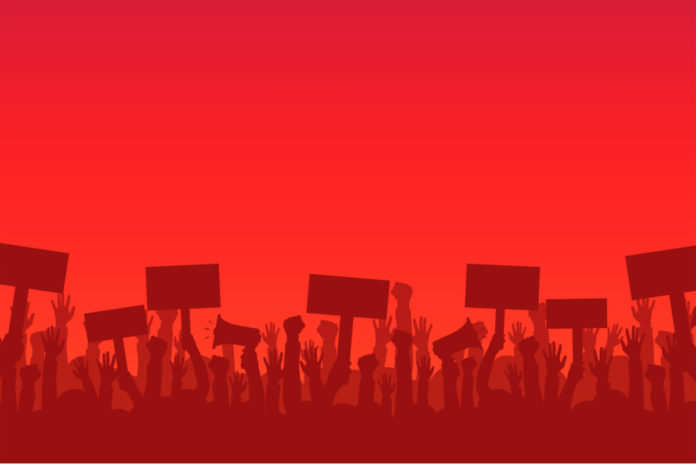 (Bloomberg) –It’s not just the U.S. presidential election that will dominate the political calendar in 2020. A slew of emerging markets face their own votes as investors embrace politics-inspired turbulence.

The first waymarker was Taiwan’s election this weekend, which saw voters convincingly re-elect President Tsai Ing-wen. In contrast with her China-friendly opposition challenger, Tsai favors continuing on a pro-independence path. The contest had added significance given the parallels with Hong Kong’s mass demonstrations against creeping Chinese encroachment.

The electoral schedule among major developing economies this year is thinner than in 2019, but last year’s rash of protests around the world means that political developments in countries including India, Egypt and across Latin America will still be closely watched.

Following is a timeline of the main elections in emerging and frontier markets through the rest of 2020:

The room for political and economic ambiguity occupied by Taiwan in recent decades is being squeezed amid a battle for supremacy between its two biggest trading partners. But voters chose to build on the best U.S.-Taiwan relations in 40 years under the current independence-supporting president, Tsai Ing-wen, rather than pivot to a greater focus on trade, investment and potentially political integration with China, as favored by the opposition Kuomintang.

Corruption scandals have rocked Peru’s political establishment. President Martin Vizcarra dissolved Congress on Sept. 30 and January’s vote for its replacement will be a test of sentiment before the general election in 2021. An advance of leftist parties, some of which are calling for a new constitution, may rattle investors. They’ll also be closely watching proposed government changes to mining legislation in light of community protests.

The big theme to watch for will be the resurgence of hardliners in Iran’s parliament as a consequence of U.S. President Donald Trump’s maximum pressure strategy. The moderate, conservative-reformist bloc that backs President Hassan Rouhani and which has controlled the chamber since 2016 is expected to collapse. But the U.S. killing of commander Qassem Soleimani has overshadowed everything, and may have the effect of softening political divisions and uniting factions against the U.S.

The vote will take place against a backdrop of continuing discontent over constitutional reforms that lawmakers approved last year to limit the president to two terms. The change isn’t retroactive, however, which means President Faure Gnassingbe will run for a fourth time. The 53-year-old has ruled the phosphate-exporting nation since 2005.

Israelis will head to the polls for an unprecedented third time in a year after previous rounds failed to produce a majority government. What’s different now is that Prime Minister Benjamin Netanyahu has been formally charged with bribery and fraud, a legal predicament that will follow him even if he manages to defeat his main challenger, former military chief Benny Gantz. Whoever wins, Israel sorely needs a functioning government after a year of deadlock.

All 300 seats are up for grabs with President Moon Jae-in’s left-leaning Democratic Party of Korea trying to maintain control of the assembly. A setback for Moon could derail his policy priorities of increasing the minimum wage, reforming the property market and seeking rapprochement with North Korea as he serves out the remaining two years of his single, five-year term.

Bolivia plans to hold fresh elections after an Oct. 20 vote was annulled following accusations of vote-rigging, riots and the ouster of President Evo Morales. His socialist MAS party will field a new candidate. Luis Fernando Camacho, one of the leaders of the anti-Morales protests, will also run.

Having overseen 2019 parliamentary elections in which no opposition candidates won seats, President Alexander Lukashenko faces little prospect of a serious challenge when he seeks a sixth term this year. Lukashenko, who’s ruled since 1994, is under growing Kremlin pressure to agree to integrate Belarus more tightly with Russia.

Gubernatorial elections in at least 15 regions will be a bellwether of the popular mood ahead of 2021 parliamentary elections seen as critical to Kremlin plans to manage the succession at the end of Vladimir Putin’s fourth presidential term in 2024. Simmering anger over living standards and rights sparked Moscow’s largest anti-Kremlin protests since 2011-2012 ahead of elections in September last year. The ruling United Russia party suffered setbacks despite tight control of the system.

Pro-Russian incumbent Igor Dodon will likely seek a second term after winning the nation’s first direct presidential election in 20 years in 2016. He defeated pro-EU contender Maia Sandu, who stood down as prime minister in November 2019 when the government lost a no-confidence vote. Moldova has frequently been roiled by political instability and corruption scandals, and a 1 billion-euro ($1.1 billion) bank fraud from 2014 remains unsolved.

President Joko Widodo’s son Gibran Rakabuming Raka is running for mayor of Solo, while son-in-law Muhammad Bobby Afif Nasution is seeking to become mayor of Medan. Since the president can only serve two terms, the results may presage a Jokowi family member’s bid for the presidency in 2024.

The first electoral test for President Jair Bolsonaro and his allies. All eyes will be on the performance of candidates aligned with Bolsonaro’s far-right program, given that the president has lost popularity and the economy has been slow to recover. Similarly, investors will watch the Workers’ Party of former President Luiz Inacio Lula da Silva after his release from jail. Leftist advances could throw into doubt the government’s market-friendly reforms.

Public anger at the authorities may shape voting in this turbulent central Asian nation bordering China, with an alleged money-laundering scandal involving customs officials and former President Almazbek Atambayev on trial accused of abuse of power.

Guinean President Alpha Condé’s efforts to stay in power have sparked mass protests and unrest is likely to erupt again if the 81-year-old wins a referendum enabling him to seek a third term. Still, a Condé victory would be good news for Chinese and Russian companies that dominate mining in the country with the world’s biggest bauxite reserves.

President John Magufuli is the favorite to win and serve another five years. In his first term, the 60-year-old leader was hailed for reducing state inefficiency, but criticized for increasing restrictions on civil liberties and the rewriting of commercial contracts to increase benefits to the government.

The vote in Ivory Coast will be a crucial test for President Alassane Ouattara’s ruling party, which for the first time will be challenged by former allies. More importantly, the elections will determine whether the world’s top cocoa grower can preserve the stability it restored in 2011 after almost a decade of conflict.

Parliamentary votes are expected once the current parliament finalizes the new elections law. The main change expected is the re-introduction of the legislature’s upper house, which was disbanded several years ago when Egypt was in the throes of unrest following the 2011 uprising. The current parliament is largely seen as a rubber-stamp legislature, walking in lock-step with the administration of President Abdel-Fattah El-Sisi, who has been widely criticized for sharply curtailing freedoms as the country looks to revive its economy.

President Roch Marc Christian Kabore, who will seek a second term, is struggling to halt an insurgency by Islamist militants and armed groups. The speed with which the fighters have expanded from northern Burkina Faso and into the eastern and southwestern regions have alarmed its southern coastal neighbors, including Ivory Coast, and left the government scrambling to halt the violence.

Ghanaian President Nana Akufo-Addo’s achievement of average economic growth of more than 6% over the past three years is no guarantee of re-election in one of Africa’s most competitive democracies. Likely to stand for a second term, Akufo-Addo will face his predecessor, John Mahama, in a race that’s too close to call. While Akufo-Addo can trumpet economic governance, his New Patriotic Party has so far failed to meet election pledges on infrastructure and building factories.

The election is likely to be a tricky one for the minority Liberal Party government that only took over in November. Its predecessors from the free-spending Social Democrats left behind a ballooning budget deficit that will probably require unpopular cuts to return to within European Union limits. The Liberals may push for a snap vote before the scheduled ballot in the fall to capitalize on their current high poll ratings before they tackle the fiscal mess. As always, discontent about corruption, health care and education will also steer voters, many of whom leave for the continent’s richer west every year.

The success of Ethiopia’s swathe of political and economic reforms, spearheaded by Nobel Peace Prize-winning Prime Minister Abiy Ahmed, will hinge on whether his new Prosperity Party wins general elections this year. Ethiopia needs investor confidence amid fears of political violence. However, Abiy’s philosophy is facing opposition from the TPLF, prominent activists and even his close allies.

The elections will likely have little impact on markets. Investors will be focused on the Gulf country’s inclusion in MSCI Inc’s main index tracking stocks in emerging markets in June 2020. The prime minister is appointed by the emir, Sheikh Sabah Al-Ahmed Al-Sabah, and governments routinely butt heads with an elected parliament filled with populist lawmakers. Parties are banned, so there’s no coherent opposition. 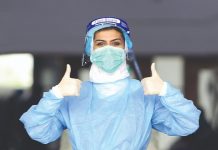 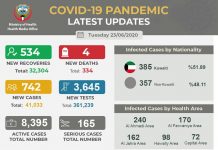 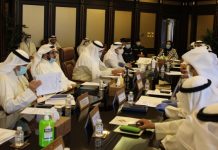