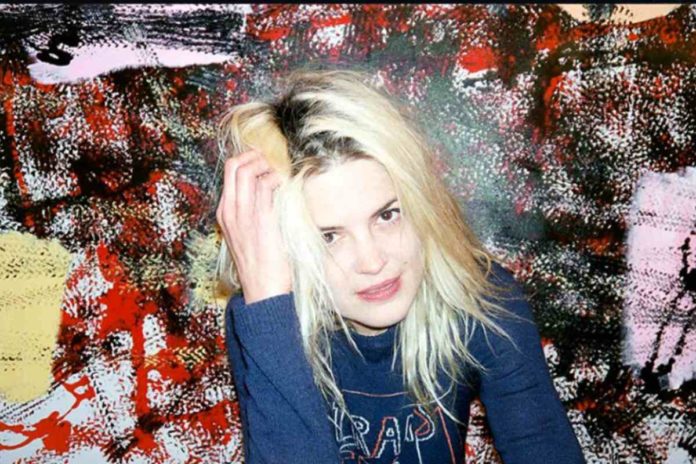 (Bloomberg) –Alison Mosshart is a member of not one but two rock groups: She’s long been lead singer of the Kills, next to Jamie Hince, and is also part of the Jack White-led supergroup the Dead Weather. Mosshart is also an accomplished artist and author.

Her latest project combines many of those passions: a multimedia book, CAR MA. The 500-copy limited edition sold out earlier this summer, so Mosshart is re-releasing it just in time for Christmas. The love letter to autos is a fitting work from the daughter of a car dealer. “It’s all about traveling and being on the road and automobiles and art and music. It’s my life in a book, really.”

When she’s touring, Mosshart can log up to 500,000 miles in the air each year; when she’s not working, she merely flies between her homes in Los Angeles and Nashville. “I always keep my plane tickets, and we just finished a three-year tour last November, so I came home and they were piled literally up to my knees,” she says. “I keep them all in cigar boxes, and I have tons of them—though now they use that weird laser print; like receipts, they just vanish. So I’m going to have no record of where I’ve been.”

Green Vibrance supports you living your best vampire life. An artist friend of mine, Dana Louise Kirkpatrick, suggested this stuff to me. I was at a Shepard Fairey exhibition with her in L.A., and I was just destroyed from touring. Food situations can be difficult when you’re on the road and on planes, or trying to get dinner in towns where everything closes before you get off stage. It’s easy to go days without a decent healthy meal. If I have a packet of this a day, I’ll get more bang for my buck, vitamin- and mineral-wise … a fighting chance of not becoming gray and malnourished.

… but pair it with this vitamin, and Mosshart swears you’ll never get travel-sick again.

Berocca is an all-purpose wonder disk, an orange, fizzy, vitamin C frisbee. I lived in London for a long time, and I started seeing a [doctor] and, he was, like, “You know what, Alison? You really should drink this every day.” I was 25, and he said if I did that I’d never get sick. That was an overstatement, but [15 years later] I rarely, rarely, rarely get sick. He was on to something. It’s great for hangovers and combating fatigue. I take it with sparkling water because then it’s twice as fizzy. And it’s great to mix with tequila and soda water, too, if you feel like being healthy and having fun at the same time. That’s what you discover when you’re having a party at 6 a.m. in the morning at your house, and you’ve run out of mixers. Delicious. Game over.

Her favorite city is in Croatia—and no, it’s not Dubrovnik.

On tour, I love having a day off in Zagreb, Croatia. It’s a great walking city. I’ll walk all day and stop to write and people-watch. The Museum of Contemporary Art is great there. The parks are expansive and pretty. The Esplanade hotel is gorgeous. The people are kind. Go to the food market. Ride a bike. Get lost. Drink Croatian wine. Go to the art deco shopping mall. Enjoy a cigarette with your coffee—indoors, like our ancestors did. And there’s just a great music scene there, and they’ve got great music festivals there. To me, Zagreb feels like a sanctuary.

I collect drawings from those artists in the street that draw your portraits—really badly—the ones that look nothing like you. I love doing that. The first time I did it, I was somewhere on a bridge in Europe. I sat down and was actually nervous. I thought, ‘I hope this guy is speedy, I don’t know if I can sit still this long.’ After I got it, though, I was addicted to the idea, because it was so ugly. I mean, they’re so bizarre. I will even prepare myself and be, like, ‘What do you want to wear in this drawing that you’re about to get?’ I’ll find the guy that’s literally the worst in the row of guys doing it and beeline straight to him. I always think: One day I’ll do something with all of these. It will be really funny.

Set yourself up for joy, even after your vacation is over.

I’ve always shot pictures, since I was a kid, and I studied photography. I don’t care about phone photos, though, as it’s not as special. I bring a point-and-shoot film camera and plenty of film, because if I don’t photograph [somewhere], I’ll probably forget I was ever there. I love coming back from tour or a trip and sending my film off to get developed—this is a setup for joy. Life moves so fast, and you don’t really get to reflect on anything. It becomes a huge, messy blur, and you need some kind of photographic evidence of things because otherwise, no one will believe you. When I get them back in the mail, it’s a complete surprise, and so is every picture: I did that? I saw him? Her? Really? Looks like I had fun! There will be a time when I have four, maybe six, rolls of film to develop.

If I go on a trip by myself, one of my favorite things to do is just drive. I’d drive to Louisiana, or Texas, or I’d drive to Detroit. Just in some direction from Nashville in my car. It’s not really about where I’m going or what I’m going to do when I get there. I just love being on the highway. I’ve done all of them over and over and over. But I love 40 West. It’s the big line that cuts through the whole country, from east to west. It’s pretty phenomenal. There’s nobody but you and truckers.

She loves coffee and red wine when she travels, although not for the reason you might expect.

Art supplies are something I always carry, because you never know if the next hotel room or backstage will have a nice little area to paint in. Bring some paint brushes and some decent watercolor paper, as it doesn’t take up much space. If you run out of paint, black coffee and red wine are great paint substitutions. You learn that in restaurants and cafes when you’re a kid. You’re drawing on a napkin, you need some shading, you dip your finger into the coffee. Wine is incredible because it has so much pigment in it. You mix those two together; you need just a pencil. A pencil and some water and some wine and some coffee. I’ve made really awesome paintings with that. In fact, there was a lot in my first New York art show—it’s one of my preferred mediums.

I don’t travel light, man. At all. That’s not the sign of a bad traveler. Just don’t pack more than you can lift—that’s the only rule. My suitcase is comprised of art supplies, microphones, outfits for stage, and then outfits for normal life. And then gym clothes, because in every single town, I try to find a Pilates studio. I literally will pack all my cigarettes and my coffee, just in case I need it. I don’t really want to go buy some toothpaste at the corner; I want mine. I don’t really want to go buy someone else’s face stuff; I want mine.

When it comes to hotels, quirkiness trumps trendiness.

I spent so much time at [New York’s] Chelsea Hotel that I felt like I lived there for years and years and years—until the day it closed. It had big rooms and beautiful high ceilings—and OK, maybe not a lightbulb in all the lamps. Since then, I found this cool place called Hotel 31 in New York. There’s nothing hip about it, but the rooms are, like, $75 per night. [Editor’s note: nightly rates from $103.] I went and did a photo shoot there, because I found it online and it looked absolutely insane. The wallpaper is insane. The bedspreads are insane. It’s all super 1960s, ’70s, ’80s. I don’t think they’ve redone anything since that time. Everything is clashing. It’s an eyeful. It’s brilliant.

On Anthony Bourdain and his bulletproof suitcase. 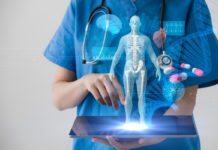