Travelex owner Finablr on Thursday said that it might as much as US$1.3 billion in debt in a statement posted to London Stock Exchange (LSE)

The troubled payments and foreign exchange platform said that its independent financial advisor, Houlihan Lokey, and private investigators Kroll have been working to establish the current indebtedness position of the Finablr Group.

“The results of this exercise currently indicate that the total net indebtedness of the Finablr Group may be approximately US$1,300 million (excluding any liabilities of the Travelex business),” the statement said. “This is materially above the last reported figure for the Group’s indebtedness position as at 30 June 2019 and the levels of indebtedness previously disclosed to the board.” It reported net debt of $334.1 million earlier.

According to the statement, there is a possibility that some of the proceeds of the borrowed sums “may have been used for purposes outside of the Finablr Group.”

Earlier this month, Finablr announced the appointment of Houlihan Lokey, an American multinational independent investment bank and financial services company, as an adviser, with options including debt restructuring, capital raise or sale of assets being explored. It has warned last month of potential insolvency even as operations of its unit in the UAE were seized by the Central Bank of The UAE (CBUAE).

Finablr, founded by BR Shetty, found itself in trouble after US Shortseller Muddy Waters pointed at financial irregularities in NMC Health, also founded by Shetty.

In a strongly-worded statement yesterday, Shetty accused a group of executives of fraud at all his companies, including Finablr, after an investigation which he said was conducted by his own advisers and vowed to clear his name.

All Group Events Banned In Oman Until Further Notice 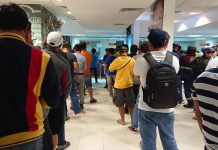 Cost For Recruitment Of Expats In Oman Increased: Minister Of Labour 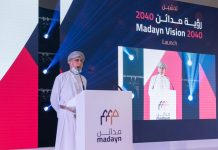 Here’s Everything You Need To Know About Madayn Vision 2040