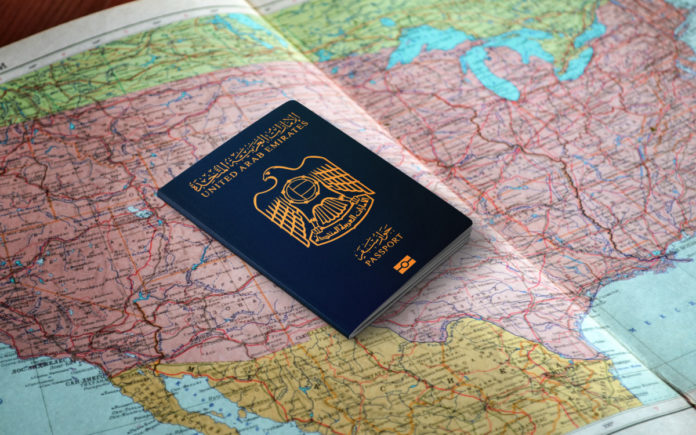 The UAE passport continues to be the biggest climber on the Henley Passport Index, soaring to 47 places over the past decade to bag itself the 18th position.

The UAE has seen the biggest increase in travel freedom over the past 10 years. In 2010, the country was ranked 65th worldwide, with a visa-free/visa-on-arrival score of 64. It is now ranked 18th, with a score of 171, which means the country has added a remarkable 107 visa-free travel destinations over that period, according to data released by the report.

The latest Henley Passport Index, based on exclusive data from the International Air Transport Association, offers an interesting insight into the havoc caused by the Coronavirus (Covid-19) pandemic.

Global travel has come to a screeching halt with countries across the world imposing strict travel restrictions and most non-essential travel curtailed. This is true for this year’s top sport holder Japan, which has a visa-free/visa-on-arrival score of 191.  According to the report, over the past decade, its travel freedom score has increased by 31 points: in 2010, the country was ranked 6th worldwide, with a visa-free/visa-on-arrival score of 160.

Commenting on the impact of the travel impositions worldwide, Managing Partner for Henley & Partners Dubai office, Philippe Amarante, says, “with 3.5 billion people, nearly half the global population, presently living in voluntary or mandatory confinement, the latest results from the index raise challenging questions about what travel freedom and global mobility really mean both currently and in a deeply uncertain post-pandemic future.” 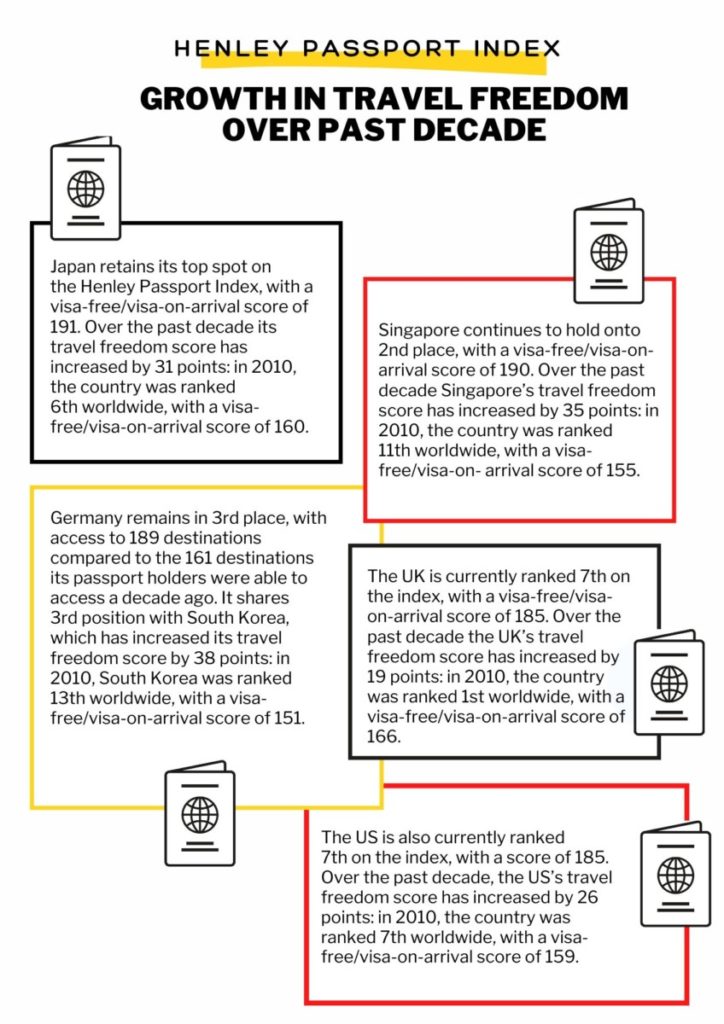 The index has been providing an authoritative ranking of global passport strength since 2006. According to the Index, travel freedom has increased dramatically since 2006, when one could travel to 58 destinations on an average without a visa and now 14 years later the number has almost doubled to 107.

Other countries that have held strong include Singapore, which continues to hold on to the 2nd place, with a visa-free/visa-on-arrival score of 190; Germany that remains in the third position with access to 189 destinations compared to the 161 destinations its passport holders were able to access a decade ago. Germany shares 3rd position with South Korea, which has increased its travel freedom score by 38 points: in 2010, South Korea was ranked 13th worldwide, with a visa-free/visa-on-arrival score of 151.

However, in an unprecedented global health emergency such as this, relative passport strength becomes temporarily meaningless, says Dr. Christian H. Kaelin, Chairman of Henley & Partners and the inventor of the passport index concept.

“A Swiss citizen can, in theory, travel to 185 destinations around the world without needing a visa in advance, but the last few weeks have made it apparent that travel freedom is contingent on factors that occasionally can be utterly beyond our control. This is, of course, something that citizens of countries with weak passports in the lower ranks of the index are all too familiar with.”

He adds, “As public health concerns and security rightfully take precedence over all else now, even within the otherwise borderless EU, this is an opportunity to reflect on what freedom of movement and citizenship essentially mean for those of us who have perhaps taken them for granted in the past.” 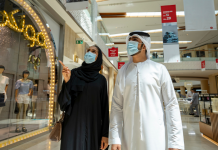 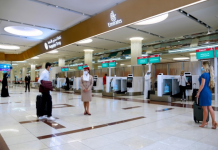