UAE’s first high performance ‘Garmousha’ vertical take-off and landing (VTOL) drone was unveiled by ADASI, the regional leader in autonomous systems and services, in an agreement with the General Headquarters of the UAE Armed Forces.

ADASI is part of the Platforms and Systems cluster within EDGE, an advanced technology group for defence and beyond.

The indigenous drone, a light military unmanned aircraft, can carry payloads of approximately 100kg and can operate for six hours and 150km.  The new platform facilitates greater endurance, higher payload, an integrated high-definition camera and coverage of a larger surface area, allowing it to provide optimal operational flexibility giving militaries the ability to save manned resources of critical missions.

It is capable of carrying a variety of payloads with the aid of a stabilised electro-optical sensor for day and night ISR collection and its low-consumption diesel engine and its unmanned navigation and concurrent sensor capabilities allow the versatile drone to navigate some of the most difficult challenges in rugged environments.

In the UAE, the UAV market is valued at around US$840 million and is expected to reach US$1635 million by 2025. According to the report, UAE is one of the few countries where the commercial drone market has grown considerably and is expected to gain more traction in the coming years.

Interestingly, Garmousha also taps into the commercial drone market and will prove not only valuable to militaries but can also be used to detect gas pipeline leaks, to survey infrastructure, and in search and rescue operations.

Faisal Al Bannai, Chief Executive Officer and Managing Director, EDGE, says, “Drone technology is revolutionising our world, creating a safer and cheaper alternative to manned aircraft. As an unmanned system, the launch of the sophisticated Garmousha drone helps advance ADASI’s vision for the future of defence, while strengthening the company’s position as the regional leader in autonomous systems and services.”

According to Ali Al Yafei, CEO of ADASI, the drone has been designed to meet competitive market needs and offers the clients the required accuracy to maintain the leading edge in the market. “At ADASI, we are continuously adapting to meet our customers’ needs, and this product underpins our concerted efforts to identify a gap in the market, and act on it.” 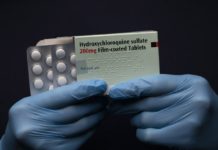 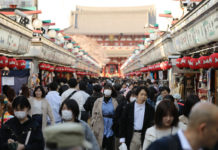