The United States President’s senior adviser, Ivanka Trump will be in Dubai this week to deliver the keynote address at a summit in the city. She is also expected to meet with key leaders from the Middle East, though the meetings have not been finalised as yet, White House officials revealed.

Apart from the event, she will also be attending a regional summit of the World Bank-backed Women Entrepreneurs Finance Initiative, scheduled for next week.

Ivanka, who is among the Forbes Most Powerful Women list, served as an Executive Vice President of the Trump Organisation and as the President’s senior adviser focuses on women’s education and economic empowerment as well as job creation through workforce development and skills training.

As part of her ‘Women’s Global Development and Prosperity Initiative’ Ivanka has travelled to Ethiopia, Ivory Coast, Morocco, Argentina, Colombia, Paraguay and also raised awareness of the initiative at the Concordia Annual Summit in September last year.

According to official sources, Ivanka will be speaking about opportunities for women in business at the Global Women’s Forum and a regional summit for the World Bank’s Women Entrepreneurs Finance Initiative in Dubai Feb. 14 to 17.

Ivanka is also co-hosting an event with US Secretary of State Michael Pompeo prior to her middle east travel. The event is being held to recognise the one-year anniversary of her initiative.

Ivanka, who is also the US President’s daughter, is also being honoured for boosting jobs by the National Association of Manufacturers in the US, who have chosen to award her ‘The Alexander Hamilton Award’ for having provided singular leadership and shown an unwavering commitment to modern manufacturing in America.” The Alexander Hamilton Award honours leaders who have made exceptional contributions to growing manufacturing in the United States and to empowering more Americans with high-tech, high-paying modern manufacturing jobs. 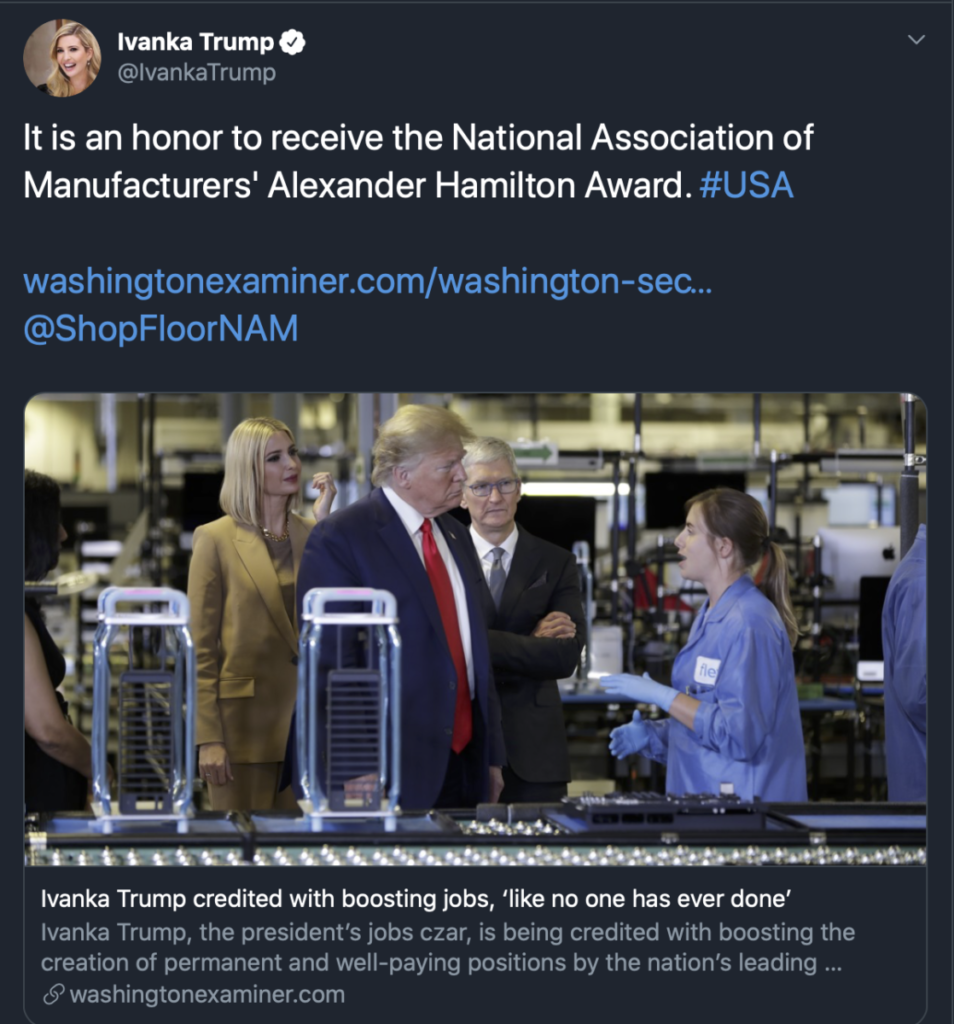