Ahmed Al Khatib, chairman of the Board of Directors of the Saudi Commission for Tourism and National Heritage (SCTH) has announced that Saudi Arabia will be open to tourists before the end of 2019.

He was speaking at the 23rd session of the United Nations World Tourism Organization (UNWTO) that was held in Saint Petersburg and said that the Kingdom is both proud and honoured to one of the first countries to work on the Measuring the Sustainability of Tourism (MST) projects.

“We are working with the organisation to develop our statistical tools through the methodology to know the number of visitors,” he said while referring to the membership of SCTH in the Committee on Statistics and the Tourism Satellite Account of UNWTO.

The chairman also invited the UNWTO executive council to hold their next meeting in Saudi Arabia in 2020 and added that the Kingdom is offering their full support to create a strategy to foster human capital in tourism along with the setting up of a tourism academy.

According to the Saudi Press Agency, the UNWTO Secretary General Zurab Pololikashvili was appreciative of Crown Prince Muhammad Bin Salman’s plans to ensure that the Kingdom’s position as a global tourism destination. The Kingdom, which has invested around $1.7mn in UNWTO-Saudi projects, has retained its seat to the Organisation’s Executive Council of its Middle East Committee for the third time in a row and has had its membership in the Committee on Tourism Statistics; and the Program and Budget Committee renewed as well. It has also been awarded a seat in the Executive Council membership applications review committee.

In a report earlier this month, Saudi newspaper Okaz had said that the Kingdom was planning to issue tourist visas, both online and on arrival, starting September 27. While Okaz did not reveal its sources, it said that the visas were going to be made available for citizens of 51 countries for a fee of 440 riyals ($117) and will have a 90-day duration.

The Kingdom, which has not been as accessible as the others in the region, has been looking at various diversification plans as part of Crown Prince Mohammed bin Salman to wean the Saudi economy off oil-based revenue, given the current climate surrounding oil prices and demand.

As part of its diversification bid, the Kingdom has thrown open new entertainment avenues such as concerts and film screenings apart from investing in major tourism projects including turning the Red Sea coastline into a holiday destination. According to reports, it is also in the process of constructing an entertainment city near its capital Riyadh. 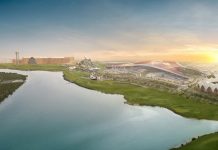 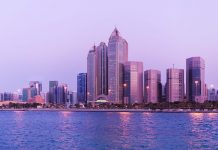 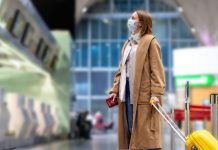