Arriving in Muscat, Nick Smith was befriended by a charming Omani taxi driver, who guided him and his family through eight exciting and eventful years living and working in the Middle East. ‘Oman, My Dear’ authored by Nick Smith, is an insight into life in this fascinating and mystic part of world, from a family viewpoint, through the Arab Spring and into early 2020.

Nick Pattison, the Ex-Chairman of Shell Oman and now largely retired and living in the picturesque Muscat Hills, pens a note on the book published recently. In his own words:

Nick (Smith) has written a book that will delight both Omanis and expats, and, one hopes, entice those who have never been here to pay it a visit. It tells the story of his and his wife Charlotte’s time in Oman in the mid-2000’s. He came here as the CEO of Al Mouj, Muscat (then known as The Wave, Muscat) at a time when it was still largely an aspiration and in four years, he was able to bring the first phases to reality, balancing the requests and requirements of his two powerful shareholders as the developers. The Wave as it was better known then, rang up several firsts, both in the way the building work was sequenced and in holding an auction in December 2007 which resulted in some very high prices.

After he left that job, he then worked as a freelance, in Saudi and Dubai and spent a spell as an expert witness at the law courts. Finally, he set up the Abram International Consultancy with a colleague and a local sponsor which continued until the Smiths left in the middle of 2013 when they moved to their villa in Spain.

What is particularly appealing about the book is that he is able to capture his and Charlotte’s time here with a deft sense of humour. He is also able to laugh at himself, a quality that not everyone has. He describes their interactions with Omanis from all sorts of backgrounds, the first one being enshrined in the title ‘My Dear’. This is a phrase which seems to me to sum up so much of the relationship between Omanis and expatriates. I was surprised when I first heard it on coming to the country but would subsequently miss it if I did not hear it regularly.

The affection that the Smiths have for the country comes through very strongly and, to be fair also some of the frustrations. It is a truthful and open book in that he gently criticises what he sees as faults in society, while at the same time making it very clear why Oman is such a nice place to live for expats, and one hopes it will entice new ones, especially those who only know of the Middle East from what they read in the foreign newspapers.

In truth, Oman is an extraordinary place, both wonderful and infuriating, but much more of the former. It has also been ranked as the safest place in the world. I am sure that he and his wife, Charlotte’s experiences, so delightfully set down in this book, will make many more people want to experience the magic of the country.

The paperback and Kindle editions of ‘Oman, My Dear’ are available on amazon.com 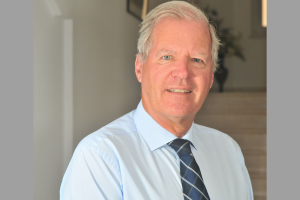 Nick Pattison
Nick Pattison first came to Oman in the eighties as the Head of Global Retail for Shell International and came again in 1998 as the Chairman of Shell Oman. After retiring in 2003, he and his wife decided to stay and buy a villa at Muscat Hills.
To report this post you need to login first. 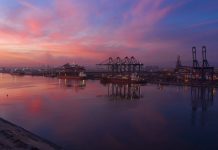