The year 2019 saw a record 564 startup investments across Middle East and North Africa (MENA) region, amounting to $704M in total funding, excluding mega deals of Careem and Souq. FinTech retained the top spot as the most active industry, securing 13 per cent of the deals, while delivery and transport sector received the highest amount of funding of 19 per cent.

The details were published in the latest report by Magnitt, a data platform for start-ups and investors.

‘All of these records point towards a maturing ecosystem,’ says Philip Bahoshy, MAGNiTT’s founder and CEO. ‘With exits at an all-time-high, including MENA’s first unicorn exit, the region’s founders, investors, and governments are seeing the returns on their efforts in the tech venture space.’

The number of investments in MENA-based startups is up 31 per cent from 2018, reflecting a continued appetite in regional startups.

For the first time ever, Egypt accounted for the largest number of deals in MENA at 25 per cent, while the United Arab Emirates got the lion’s share of total funding of 60 per cent.

However, the landscape continues to evolve and other ecosystems are beginning to emerge, adds the report. Saudi Arabia is now the fastest growing ecosystem across MENA and ranks third in both number of deals and total funding in the region.

A record 27 exits were witnessed in 2019, with Careem’s $3.1B acquisition by Uber being the first unicorn exit in the region.

“Several industries in the region, including e-commerce & transport, are heavily fragmented, and investors and startups are looking to consolidate,” added the report.

A total of 212 institutions – highest till date — invested in MENA-based startups as the ecosystem matures. Moreover, 2019 saw the emergence of non-traditional tech investors such as corporates, PEs, family offices and asset managers, which saw a 39 per cent increase from last year.

There was also an increase in international investor participation with 25 per cent of all entities that invested in startups were based outside of the MENA region, marking a new record high.

The government support was especially evident in the venture capital space, with many governments across the Middle East including Saudi Arabia, UAE and Bahrain setting up Funds of Funds.

Ali AbuKumail, Senior Private Sector Specialist at the World Bank, shares, ‘Many governments in the region have been playing an active role in growing ecosystems conducive to entrepreneurs, including technical and financial support programs and policy reforms – there is a direct correlation between a business-friendly environment and increased entrepreneurial activity.’

The year marked a shift from e-commerce to FinTech industry. However, delivery and transport industry accounted for highest amount of funding buoyed by bus transportation startups such as Swvl ($42M) and trucking startups such as TruKKer ($23M). 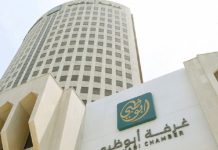 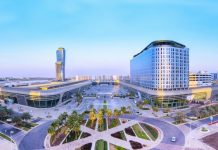 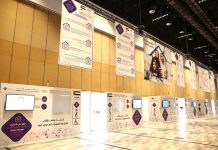