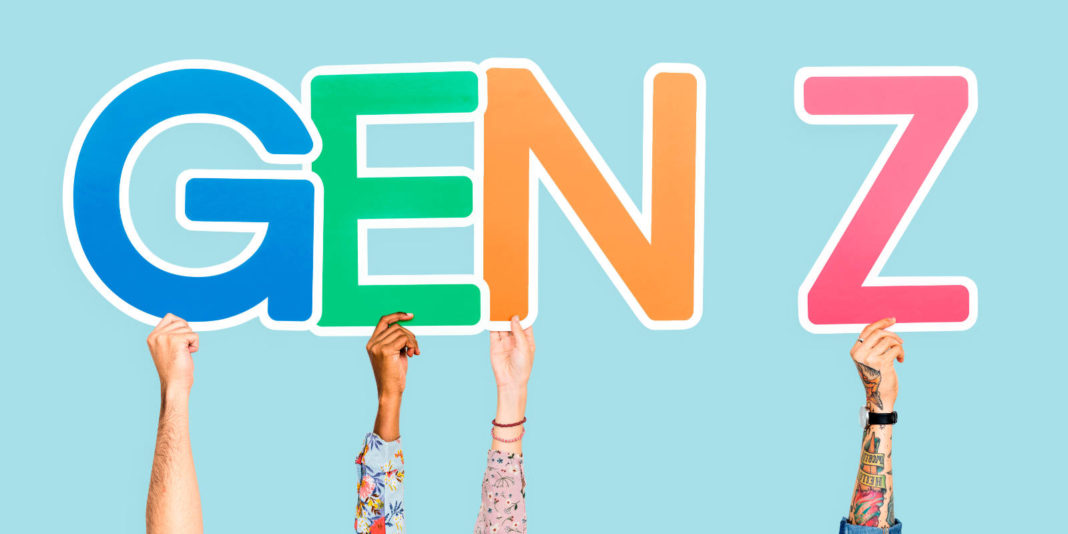 (Bloomberg) — Nobody cares about Generation X. Squeezed between baby boomers and millennials, those born between 1965 and 1980 are an “unsung generation,” Time magazine once sneered, “hardly recognized as a social force or even noticed much at all.”

That’s changing, though, as those skeptical slackers have created something that today’s companies now see as key to their success: Generation Z.

Corporate marketers looking to understand that important group—the oldest of whom are in their early 20s and are just forming their brand loyalties—are taking classes on social media and memes in an effort to crack the kids’ code.

But really, to start understanding Gen Z and its direct spending power of as much as $143 billion, companies should try studying their Gen X parents first.

While there are reams of research linking millennial behavior to their boomer influences, experts are just starting to analyze what connections exist between the previously ignored Generation X and their Generation Z offspring.

“Gen Z really is different,” said Jason Dorsey, a Gen Z consultant with the Center for Generational Kinetics, a research outfit. “They aren’t a more extreme version of millennials but are different—and that’s mostly because of parenting.”

“They aren’t a more extreme version of millennials but are different—and that’s mostly because of parenting.”

Dorsey—whose clients include Adidas AG, McDonald’s Corp. and Toyota Motor Corp.—calls parenting a “hidden driver” that influences how later generations view work, spending and education. Without even realizing it, Generation Z’s viewpoints on these topics have been shaped by their Generation X parents, who came of age amid a series of crises: Watergate, the fall of the Berlin Wall, the Challenger explosion, Rodney King.

Often, the strife was closer to home: Divorce rates spiked in the 1970s, giving rise to neighborhoods full of tough-skinned “latchkey kids” who craved security but rarely found it either at home or, as they grew up, in a more globalized, less-forgiving workplace.

“Gen X is raising Gen Z to look like them: autonomous, cynical, with looser reins,” said Corey Seemiller, a professor at Ohio’s Wright State University who has conducted research and written several books on Generation Z. “They figure things out themselves.”

To explore that cross-generation connection, Bloomberg spoke with experts, scoured data and also asked CivicScience, a consumer research company that works with big brands like T-Mobile and Microsoft, to crunch some numbers. One key finding: Generation Z shares the pessimism their parents had at the same age, based on an annual survey given to high-school seniors since 1975 by the University of Michigan. 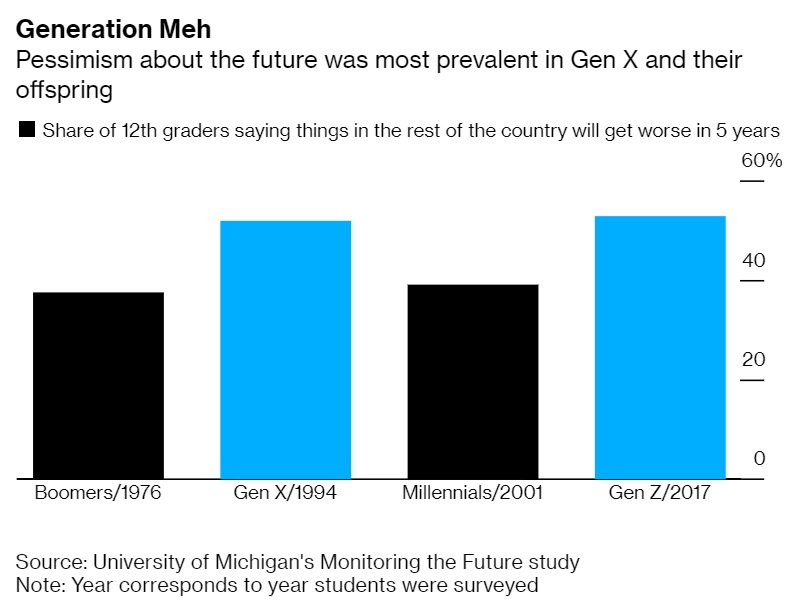 Of course, it’s tough to definitively prove that Gen Z’s skepticism was instilled in them by their Gen X parents. After all, it’s natural that a generation that’s in the throes of transition—leaving high school and college, starting careers—would be worried about the future. But there’s plenty of evidence to suggest that Generation X has had a profound influence on their Z kids, especially where close-in-age millennials buck the trend.

Take higher education: Generation X witnessed in their formative years the decline of lucrative blue-collar jobs, making a college degree more essential for a successful career, and they instilled that in Gen Z. The new cohort is far more likely than boomer-raised millennials to say a college degree is very important for reaching their goals, and they’re on track to be the best educated generation ever, according to Pew Research. 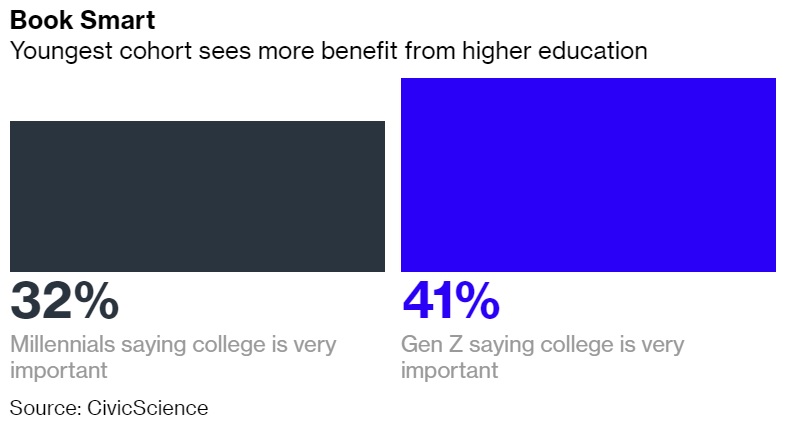 Like their parents, Gen Z has also got tougher skins than millennials. While nearly one in four millennials say they might leave their current job in the next two years because they don’t feel appreciated, only 15% of Generation Z cited that reason, a recent Deloitte survey found. 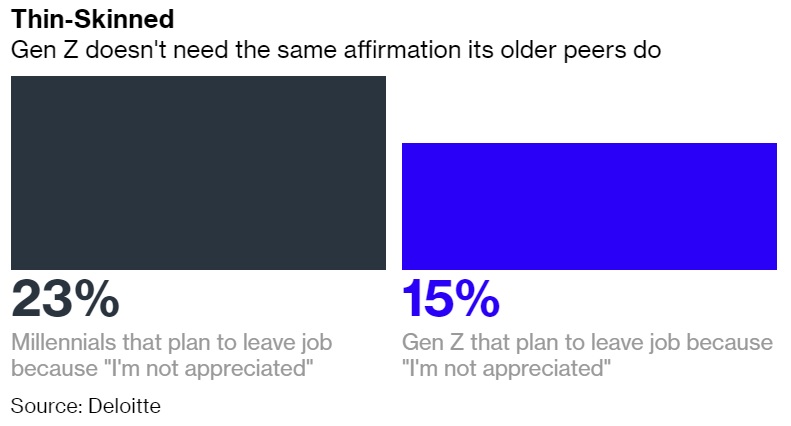 Generation Z is also more financially literate at a much younger age than previous generations—lessons likely instilled by their Generation X parents, many of whom grew savvier when they had their careers derailed by the Great Recession.

Typically, the older a person gets, the more likely they are to say they’ve got a good grip on their finances. But CivicScience found that younger Gen Zs—those under 18—actually saw themselves as more fiscally responsible than their peers aged 18 to 24, as well as millennials. Generation Z is also more likely than millennials to save a good chunk of their income, and the most likely to enjoy using budgeting apps like Mint and Acorns.

That desire for financial security has prompted Gen Z to try and avoid incurring debt whenever possible—40% of those aged 18 to 22 have no debt at all, according to a separate survey conducted by pollster Morning Consult. They own fewer credit cards and are instead using debit more often, even if they have to use payment plans or rent stuff—clothes, furniture, gadgets, even car-sharing—rather than own it outright. 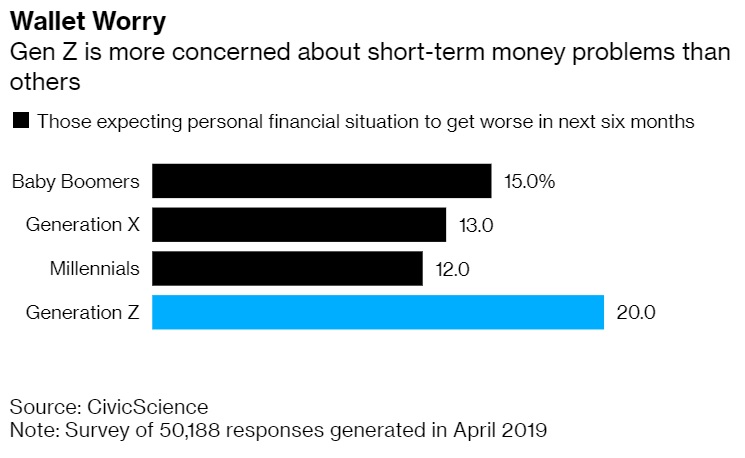 Gen Z’s more cautious nature manifests itself in other ways, too: They’re not a wild bunch. Bryan Gildenberg, the chief knowledge officer at Kantar Consulting, quips that Generation Z is a “very old group of young people.”

For all their caution, Generation Z does have an entrepreneurial streak. Nearly three out of four high school students say they want to start their own business someday, according to Millennial Branding, a research and consulting firm. Maybe that drive was also passed down from Generation X, whose ranks include Elon Musk and Michael Dell.

And although Gen X didn’t agree on everything (The Cure or The Smiths? Nirvana or Pearl Jam?), in recent years they’ve rallied around one defining idea: Baby boomers are a bunch of self-indulgent narcissists, and their helicopter parenting transformed their millennial kids into entitled mini-mes. Generation X parents have purposefully tried to raise a different kind of kid, influenced by their own upbringing.

“Boomers really wanted it to be easier for their children, and they succeeded,” said Dorsey, the Gen Z consultant. “When we interview Gen X, they tell us they don’t want our kids to end up like entitled millennials.” 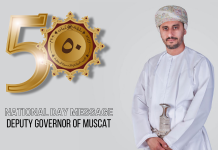 EXCLUSIVE: Deputy Governor Of Muscat On The 50th National Day Of Oman 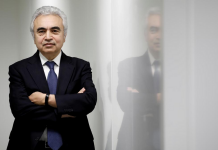