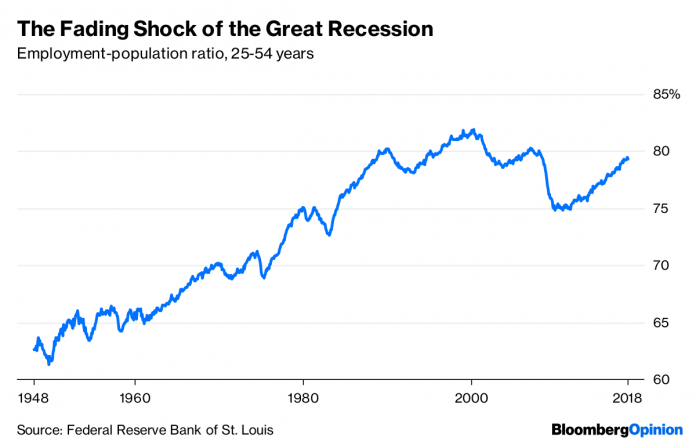 How many jobs are vulnerable to automation? Plenty of people ask that question, and plenty of people try to give numerical answers. A recent study by the Organization for Economic Cooperation and Development said that about 46 percent of jobs have a better-than-even chance of being automated. A 2016 study by Citigroup Inc. and the University of Oxford reported that 57 percent of jobs were at high risk of automation, although a 2013 paper by two of the same researchers predicted 47 percent. A recent PricewaterhouseCoopers report comes up with somewhat lower numbers, though it varies by country. In 2016, the World Economic Forum report came up with a number just less than 40 percent for the U.S. There are many other examples.

These are large numbers. Even more troubling, they’re all fairly similar — each of the studies seems to come to the conclusion that roughly half of all jobs are very vulnerable to automation. But don’t panic — nobody really knows how many jobs will be replaced by robots, or even what it means to be replaced.

What does it mean for a job to be lost to automation? Does it mean that a worker is rendered entirely obsolete as a worker, and is forced to go on the welfare rolls? Or does it mean that she loses her current job, with her current company? If a person gets a new job at a different company in the same industry for more pay, does it still count as a job loss? What about for 85 percent as much pay?

The studies are not clear about this. Usually, their basic methodology is to show some technology experts a description of a job — or the tasks that, on paper, a job is said to require — and then ask the experts whether they think technology will soon be able to do those tasks. But even assuming that the experts are correct — that there isn’t another AI winter or broad technological stagnation — nobody really knows what happens to a job whose tasks can be automated. 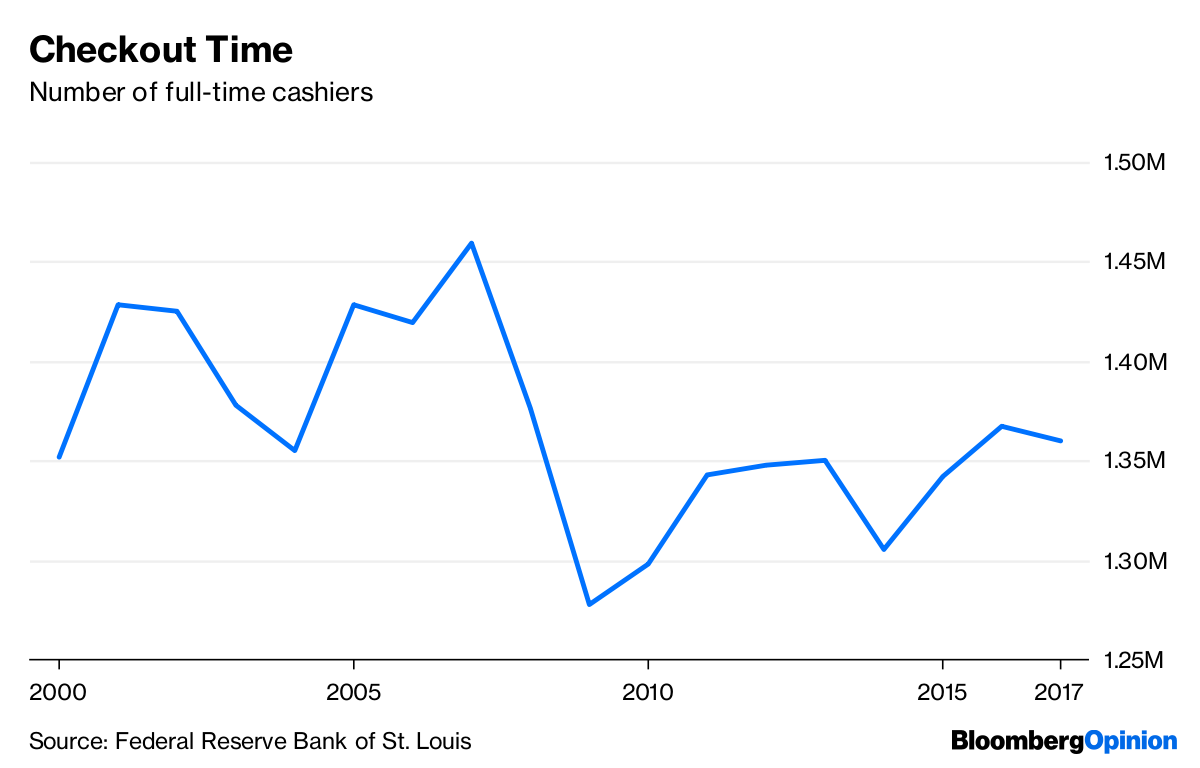 In their book, “Prediction Machines: The Simple Economics of Artificial Intelligence,” economists and AI specialists Ajay Agrawal, Joshua Gans and Avi Goldfarb predict that few jobs will be entirely replaced by AI in the near future, but that many individual tasks will be automated. What happens to an employee who now has a machine to do half of her work for her, but who is still needed to do the other half? She might get a pay cut, but she also might get a raise, since she can now get more work done per hour than before. Her job description and job title might change, but if she’s earning more, she’s unlikely to mind.

In other words, the so-called risk posed by automation isn’t all downside — it has considerable upside as well.

Even more importantly, studies the ones cited above can’t say much about what automation does to the job market as a whole. It’s almost certain that as some jobs get automated, others will be created to take their place. Just consider all the new jobs that didn’t exist a few years or decades ago — social-media manager, data scientist or podcast producer. Additionally, those job categories that don’t end up getting fully automated might expand if the supply of workers available to do them increased — the nation might have fewer cashiers but more landscapers.

The studies also don’t account for income effects. Automation makes it cheaper to run a business, which can make the number of businesses proliferate. That means that even if each business employs fewer people for a particular job, the number of people doing that job can increase. A famous case of this is how ATMs were predicted to reduce the number of bank tellers. In fact, the number of tellers per branch did fall substantially, but banks opened a lot more branches, in part because ATMs made it cheaper to do so. As a result, the number of bank tellers actually increased steadily between 1980 and 2010 (though it has fallen somewhat since then, thanks in part to industry consolidation). Cashiers are another example — despite the advent of self-checkout machines, the number of humans working in the area has remained essentially constant:

More fundamentally, automation of one sort or another has been happening for centuries — machine tools, steam shovels, word processors, street sweepers, and plenty of other machines are just forms of automation. If you did a study like the ones listed above in 1900, you would have found that almost any job at the time had some tasks that machines would someday perform. And yet, most people still have a job:

To really know how automation will affect employment levels, wages and inequality, you need a macroeconomic model, and you need lots of assumptions about how technology affects companies’ costs, workers’ productivity and consumers’ preferences. All of those things introduce huge amounts of uncertainty. Meanwhile, studies like the ones listed above are helpful and informative, and many of them contain a lot of interesting data about the relationship between technology and economy — but they don’t tell you whether your livelihood is really at risk.